Interview: Chinese Director Wang Jing Talks “The Best Is Yet to Come,” His Debut at Venice and Toronto

Having spent years under renowned auteur Jia Zhangke's tutelage, Wang Jing steps into the director's chair for the first time.

As an assistant director for renowned auteur Jia Zhangke, Wang Jing (王晶) has already helped shape notable works of Chinese independent cinema, like Ash is Purest White and Mountains May Depart. Now Wang emerges in his own right with his full directorial debut The Best Is Yet to Come (不止不休)—which screened at 2020’s Venice and Toronto International Film Festivals.

Inspired by real events, The Best Is Yet to Come follows a young investigative journalist who uncovers the pernicious prevalence of discrimination against asymptomatic Hepatitis B characters in China. The film carries a distinct auteur vibe, and offers an entry point into exploring prejudice and press freedoms in early 2000s China.

Amidst the Toronto International Film Festival, Cinema Escapist sat down for an interview with director Wang Jing about The Best Is Yet to Come.

Though you’ve already collaborated with Jia Zhangke on many films as an assistant director, The Best Is Yet to Come represents your full directorial debut. Why did you choose this particular story for your first feature?

First off—I never really saw myself as a person who wanted to rush into making my own narrative feature. I graduated from the Beijing Film Academy in 2007, and entered the industry first by shooting advertisements. I only started shooting narrative films a few years afterwards. I’m not very selfish; just being able to work in the film industry was enough for me.

In terms of how I decided upon this particular story: it was certainly a challenging process given China’s vastness, and the preponderance of stories available as a result. However, a fortunate happenstance occurred when I met our Executive Producer Tang Yan through Jia Zhangke. Tang had been an editor at a prominent Chinese media company. Thus, we ended up talking at length about journalism—and the topic of Han Fudong came up.

At least two factors drew me further into the topic. First, I realized that a journalist views society in a similar way to how a film director views society—and I enjoyed exploring this common perspective. Second was that Han Fudong vibed with me as a human being. The confluence of those factors motivated me to make the movie you see in front of you today.

As someone whose family is from Beijing, I found The Best Is Yet to Come’s depiction of the city during 2003 really resonant; it was like I was seeing my own childhood in some ways. To what extent does the movie reflect your own personal experience?

Part of my mission as a director was to translate Han Fudong’s story into my own story, to translate his feelings into my own feelings. This was simultaneously the most important and most difficult aspect of directing the film.

2003 happens to be the year that I came to Beijing for university. Coincidentally, Han Fudong also came to Beijing in 2003. Thus, I felt Han and I had rather compatible experiences around navigating our arrivals to the city, getting to know the city better, and reflecting upon our places in its urban fabric. This carries through in how The Best Is Yet to Come’s protagonist Han Dong comes to Beijing in 2003 as well.

Beyond that—my mother was a doctor. When an important doctor character came up in the movie, I was able to draw from her experiences, and the experiences of those around her.

As soon as I decided to do a movie about Han Fudong, I thought about that friend, who was my classmate and closest friend in middle school. During that time, he was a top student. However, around when he turned 30 and wanted to marry, he ran into difficulties: his girlfriend’s family didn’t want her marrying a Hepatitis B carrier. It was only then that he revealed the pain he’d been bearing as a carrier. That made me realize that, even after 20 years of friendship, I didn’t actually know my friend as well as I thought I did.

Therefore—it’s safe to say that the film isn’t 100% Han Fudong’s story; it also incorporates some of my life as well.


Discrimination still exists in China today, not just for Hepatitis B, but also against AIDS patients and LGBT individuals, for instance. What are your overall views regarding societal discrimination?

I think discrimination will always exist in one form or another.

Perhaps I’m a bit pessimistic as an individual. Though society has made many improvements with laws, and tried to do the best it can from a legal standpoint [regarding the Hepatitis B issue], discrimination is not just something you can solve with legal reforms. Just think of the plight of African-Americans—if you could solve systemic discrimination in the US purely through changing laws, then nobody would still need to say “Black Lives Matter.”

Discrimination comes from the heart. Laws can change more easily than people’s hearts. It’s not like you can cut open someone’s heart and fix what’s broken inside.

That said, I think that many frictions between human beings stem from lack of understanding. When people don’t understand something, they become fearful. It’s an animalistic instinct—if I’m in the wild and see a lion, I will flee so that I can live.

However, humans can go beyond most animals. We can think, we can empathize, we can feel others’ pain. We should try to use those capabilities and understand more about the people around us.

To me, The Best is Yet to Come conveys that even if you simply attempt to more deeply understand someone, or a topic, then you’ll find your animalistic fears diminished. How exactly you go about doing that is something the film wants to depict.

Hm—so in essence you are trying to get people to change their minds, or to question their past behaviors?

Well, I’m not trying to push people to understand inscrutable things. I just want to ask people to, whenever they take a negative view of others, ask themselves if they’re doing that because they don’t fully understand the other person.

It’s just like how I described not fully understanding my Hepatitis B carrier friend of 20+ years. Much of the time, we all live in our own worlds. We look at our own phones, we look at our own perspectives. We should start looking more at the people, and the society, around us.

Being a journalist in China right now is sensitive, to say the least. What thoughts did you have regarding having a reporter protagonist for the film?

We didn’t intend to tell a story that focused exclusively on the journalistic profession. It just happened that the subject we liked was a journalist. At the start of production, we often joked that if [Han Fudong] was a chef, maybe we’d have made a culinary movie instead.

However, since we happened to feature a journalist, we wanted to show his story well. Therefore, we tried to authentically depict the ambience and details of the newspaper industry at that time, including the demeanor of journalists. We did interviews; we really did our homework to make sure everything was authentic.

Alas, reality is reality, and history runs its own course. I wasn’t necessarily intending to rearouse interest in that era. Today, people are accustomed to using the internet for news, with self-published media and social media. Lots of journalists have moved into the internet sector as well. The times have changed. I’m not necessarily lamenting those changes, I just wanted to reflect upon events authentically.

As you look towards the future, what kind of movies do you think you’ll make after this one?

Sometimes I think that people can only make one kind of movie. Therefore, to answer your question with a bit of tautology, I’d say that The Best is Yet to Come represents the kind of film I’ll continue making.

Maybe, as a debut, the movie wasn’t good enough. I certainly had a lot of anxiety during post-production, and felt like I was only making an inherently bad film just a little less bad with each edit. Nevertheless, it still represents the kind of movie I wanted to make.

As to what kind of movie that actually is—it wasn’t until the Venice Film Festival selected The Best is Yet to Come that I realized it was a festival-worthy production. I never thought I was making an artistic film, or an auteur film, or even a wide-appealing commercial film that contained some tidbits of personal expression.

After the festival screenings, people have been telling me that The Best is Yet to Come defies categorization. It’s not a conventional film. There are some moments where it intimately depicts human thoughts and emotions, but also others where it leans into dispassionate and objective auteurism. Soon, the movie will premiere in China, and I really hope to hear what the majority of Chinese audiences think.

All in all though: as an auteur and as a director, I want to make movies that tell stories that I enjoy, and help create dialog among those who watch. That’s the best outcome for me. 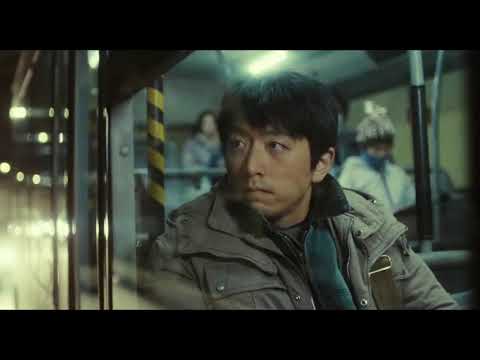 This interview was originally conducted in Mandarin Chinese, and translated into English. We have made edits for clarity.

Interview: Chinese Director Pengfei on "The Taste of Rice Flower"

Interview: Chinese Director Pengfei on "The Taste of Rice Flower"