Estonia has never easily fit into one area of Europe. The Baltic country shares the Uralic language family with its northern neighbor Finland, but retains ties with other Baltic and Eastern bloc countries to the south due to a shared history of Soviet oppression. Foreign rule has been a constant feature in Estonia’s long history—with Danes, Swedes, Germans, Poles, and Russians governing Estonia’s territory over most of the past millennium. Despite this outside influence, a distinct Estonian identity still managed to develop over the centuries, based around indigenous folklore and a healthy dislike for foreign rulers.

Estonia’s complicated identity is shown throughout November, a film by director Rainer Sarnet. Based on Estonian best-selling author Andrus Kivirähk’s novel Rehepapp Ehk November (Old Barny a.k.a. November), November centers around a 19th century pagan village where rural peasants regularly interact with ghosts, werewolves, and the devil himself. A uniquely Estonian element of this folklore aesthetic are kratts, creatures built out of farm tools that exist to serve their peasant masters. As generally described in Estonian folklore, a kratt can be brought to life when a human trades his soul to the devil.

November revolves around a teen girl, Liina, who longs for the attention of local village boy, Hans. Unfortunately however Hans has no eyes for Liina. Instead, he pines for the daughter of the hated German baron who rules over the village. The baron is a Baltic German, an ethnic group who ruled over native Estonian serfs during the Russian Empire, which controlled Estonia from 1710 to 1918. Most Baltic Germans lived comfortably either in urban areas (such as Estonia’s capital Tallinn) or in country manors, and often rose to high political or civilian positions under the Russian Empire.

Baltic Germans brought Lutheranism to Estonia in the 16th century, holding services predominantly in German until the 19th century. This created a sharp divide between the urban, foreign minority and the rural, largely uneducated Estonian peasantry. Throughout November, constant tension exists between the villagers and the baron, personifying the struggle between native paganism and foreign Christianity. While some villagers choose to embrace foreign changes in return for personal gain, others double down on their desire for an independent Estonia.

In the 19th century, a wave of Russification led to the rise of Russian Orthodoxy in Estonia. This further complicated the religious landscape, as many Estonian peasants chose to convert to Orthodoxy at this time. However, most of these peasants did not have any real change of faith; they converted due to the mistaken belief that the Tsar would give them land in return. Thus, many Estonians continued to see both German Lutheranism and Russian Orthodoxy as “foreign” religions of Estonia’s colonizers rather than core components of Estonian identity.

While a native Estonian Orthodox Church was set up in 1923 during a brief period of Estonian independence between 1920-40, Soviet rule from 1940 onwards strongly discouraged religion until Estonia regained independence in 1991. This complicated relationship between religion and foreign oppression has left Estonia without a strong, unifying religious identity; a 2018 poll found that Estonian young adults (16-29) are some of the least religious in Europe, with only 19% affiliated with a religion at all. This distrust of organized religion allowed ancient pagan beliefs to persist and become embedded in Estonian culture. Thus, phenomena like kratts remain part and parcel of an independent Estonian national identity to this day, paving the way for November and the novel it was adapted from.

November portrays Estonian paganism as tied directly to the natural world; for example, the film personifies a plague as a creature threatening the village. The peasants see spirituality all around them, from kratts laboring on the farm to the local village witch. Contrastingly, the Baltic German baron seems to view faith more as something to embrace for an hour each week at Church.

A highly recognizable comparison for this style might be Hollywood’s The Lighthouse, another monochromatic horror film that dances between eeriness and playfulness while still feeling completely natural. In fact, both November and The Lighthouse won the American Society of Cinematographers Spotlight award, the former in 2018 and the latter in 2020). This speaks to November’s quality. While it might not be as popular as American films like The Lighthouse, it’s certainly no less compelling.

November is a captivating fairytale that puts an essential spotlight on a locale often overlooked in favor of its larger neighbors. Throughout the film, director Rainer Sarnet plays with narrative and genre conventions to create a fascinating examination of local folklore, and deftly highlights how a uniquely Estonian identity emerged under foreign rule. 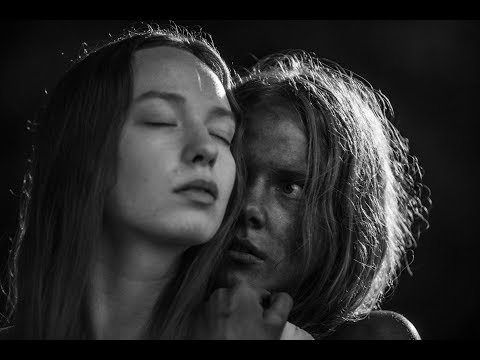 November is available for streaming on Vimeo in the United States.

Ben Treloar is a British film student with a passion for cinema and world history. When not over-analyzing films, he enjoys long walks on the beach and is occasionally brave enough to try his hand at stand-up comedy. He is currently based in his native Cornwall.