When it comes to countries with Muslim populations, South Africa is not usually at the top of people’s minds. Yet, the area around Cape Town contains a vibrant community of ~200,000 Cape Muslims (also known as Cape Malays), who are descended from Javanese, Indians, and other Afro-Asian groups brought over as slaves or workers by Dutch and British colonizers. Those outside South Africa mostly find out about Cape Muslims through travel articles and Instagrams of Cape Town’s Bo-Kaap neighborhood, which is known for its photogenically colorful houses. However, deeper explorations of Cape Muslim culture are lacking.

Thus, it was pleasantly surprising to discover the Barakat available for in-flight viewing on United Airlines this month. Released May 2021 in South African theaters, this is the first movie ever to focus on the Cape Muslim community—and it does an excellent job at introducing global audiences to that community’s traditions through its story of a mother and her four sons.

Barakat centers on a Cape Muslim woman named Aisha Davids, an older widow whose carpenter husband died two years ago. She’s found new love in a non-Muslim doctor named Albetus, and decides to invite her four adult sons over for Eid al-Fitr (the feast that marks the end of Ramadan fasting) so she can introduce him.

Alas, Aisha’s four sons have each gone their own ways in life after their father’s death. There’s Zaid the successful businessman in Johannesburg, Zunaid the angsty professor, Yaseen the seemingly upright married man, and Nur the playboy. With their father’s shadow still looming, none of them are ready to accept Albertus; the family reunion rekindles underlying tensions between them as well.

Per director Amy Jephta, the film doesn’t intentionally cater to an international gaze. Instead, it focuses on rigorously depicting the details of Cape Muslim life. The film’s dialog is in Afrikaaps, a distinct blend of Afrikaans, English, Dutch, Arabic, and Malay spoken by Cape Muslims and other blended communities in the Cape Town area. Culinary traditions are on full display—the first scene shows Aisha making sweets, individual Eid feast dishes become chess pieces in family arguments, and the film’s title refers to plates of sweet treats that Cape Muslim neighbors share with each other during Eid.

Jephta also chose to shoot Barakat in the Cape Flats suburbs of Athlone and Gatesville, rather than the more internationally recognizable Bo-Kaap. Given international coverage of the Cape Flats is often focused on crime, the film adds a welcome dose of diversity to discourse around the area.

None of this specificity is inaccessible for international audiences. Rather, it’s enlightening.

Barakat already has universal foundations. Family conflict over a holiday feast happens regardless of whether you celebrate Eid or Hanukkah, Lunar New Year or Thanksgiving. This helps ease global audiences into its narrative. However, if Jephta had tried to squeeze in comparisons to Thanksgiving to attract Americans, or include shots of Bo-Kaap to jog viewers’ Instagram memories, Barakat would likely feel stilted. Instead, by leaning into cultural specificities, Barakat adds a spice of new ingredients atop its universal base—and introduces audiences to flavors that they wouldn’t encounter anywhere else in the world.

It’s rare to see a South African film with international distribution, and it’s even rarer to see one that exposes audiences to topics beyond crime and apartheid. Hopefully, Barakat and other movies like it can gain more exposure beyond the cabins of United Airlines planes—though that’s certainly a good start. 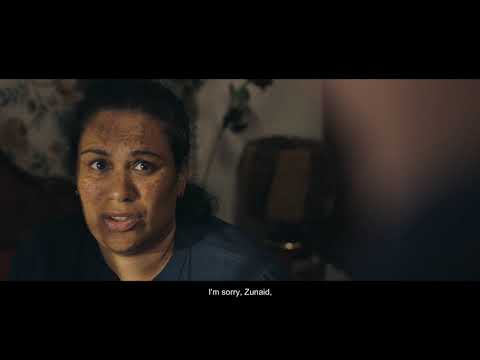