Hand Rolled Cigarette is a well-made film, proving something like the Hong Kong version of Clint Eastwood’s Gran Torino. Although the film starts off slow, its narrative gradually builds strength over time.

Hand Rolled Cigarette follows Kwan Chiu, who served as a soldier under the British during Hong Kong’s colonial period. After Chiu and his fellow soldiers were not granted British citizenship following the 1997 Handover, he made an attempt to go into the stock market with a trusted comrade. But the effort proved disastrous. This leads to Chiu becoming involved with organized crime and smuggling, brokering deals between Hong Kong gangsters and Taiwanese triads.

One day, a young South Asian thief who has stolen some drugs, Mani, breaks into and hides in Kwan Chiu’s home in the Chungking Mansions. Mani offers Kwan Chiu one million Hong Kong Dollars to provide him shelter, which he accepts. However, what Chiu does not realize is that Mani is mixed up with the same gangsters, after stealing drugs from them.Although initially racist and discriminatory toward Mani, Kwan Chiu gradually becomes sympathetic over time, seemingly seeing something of himself in the young man. Namely, Mani is driven to take such risks for his younger brother, who he hopes to put in college. This is in hopes of giving his brother a better life than he had. Kwan Chiu alternates between hostility and friendliness with Mani, who seems to quickly see him as a mentor. Yet, Kwan Chiu is eventually driven to try and save Mani from his fate.

In this respect, the story that Hand Rolled Cigarette tells is not exactly new, about a friendship between an older and younger man as well as cross-racial friendship. However, the story is effectively told and is generally well-acted. The film’s settings jump out as quite vivid, especially regarding the decor of Kwan Chiu’s apartment, where much of the film is set. While the film mostly relies on a naturalistic sound design, this makes the use of montage at appropriate moments all the more effective. No element of the film is underdeveloped. If anything, the movie’s primary flaw is that its opening sections are much weaker than its conclusion.

There are some flaws with Mani’s characterization. Mani is most often deferential to Kwan Chiu, even somewhat irrationally so. Mani immediately turns over the proceeds of a drug deal that the two later become involved to Chiu. He also rather hastily has faith in Kwan Chiu to take care of his younger brother despite Chiu being a relative stranger. This proves a shortcoming of the story the film wants to tell, undermining it to the extent that Mani seems to primarily earn Kwan Chiu’s friendship through submission.

At the end of the film, Kwan Chiu attempts to save Mani in a fight with the gangsters who have imprisoned him, completing his redemption arc. This is a standout moment of the movie. The fight scene is excellently choreographed and stylized. However, it is also possible to read layers of political meaning from how Hand Rolled Cigarette ends. It is only through the indirect intervention of a Taiwanese gangster character that Mani is able to make it out alive, even if he sits on the sidelines while Kwan Chiu fights and kills the other gangsters. As he leaves following the fatal fight, this gangster character comments on Hongkongers seemingly being bent on killing each other. his could be read as a metaphor for Hong Kong as a whole, or specifically with regards to relations between different ethnic groups in Hong Kong. It is an odd note for a Taiwanese character to be given the last word on such matters.

Generally speaking, Hand Rolled Cigarette does not break any new ground. The film’s story manages not to be trite, but it is not very original either. The movie is worth watching, but does not defy expectations. At the same time, Hand Rolled Cigarette probably is one of the stronger films that came out of Hong Kong in 2020, with much of the city’s film industry suspended due to the effects of the COVID-19 pandemic. 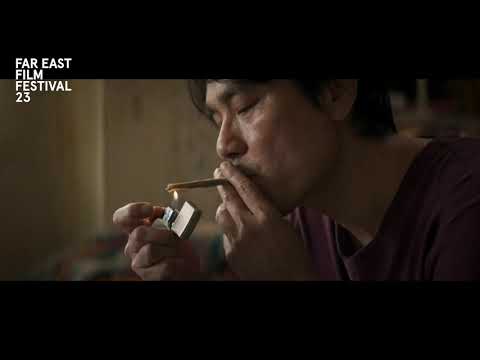