Donnie Yen's latest film is heavy on action but begs the question of whether the HK cop drama genre is overdone and in need of a refresh.

Police dramas are a major cornerstone of Hong Kong’s film industry. Some of the city’s most notable cinematic wins like Infernal Affairs center around the drama between triads and police, and the action that results when the two groups clash.

Raging Fire is Hong Kong’s latest entrant to the cop drama genre. Starring Ip Man star Donnie Yen and singer-actor Nicholas Tse, Raging Fire delivers high production quality with plenty of gunfights and action to keep audiences entertained. The film is a worthy rendition of the tried-and-true classic police drama—but it begs the question of whether the genre is overdone and out of date for contemporary Hong Kong.

Donnie Yen stars in Raging Fire as Officer Cheung, an honorable detective who refuses to compromise his values, even in the face of political pressure from higher-ups in the force. After refusing to back down from an investigation and flippantly leaving a luxurious dinner with the top brass of the Hong Kong police, Cheung and his squad get kicked off a drug bust that they’ve been working on for months. Regardless, Cheung calls upon his friends in the force to find the location of the bust so they can participate—only to arrive too late.

The gang trading drugs has their party crashed by Ngo (Tse), a ruthless and violent criminal. Cheung arrives to see the bullet-riddled bodies of his fellow policemen, and we learn a bit more about Ngo and Cheung’s backstory via a series of flashbacks. As it turns out, Ngo was once a police officer. However, Ngo’s superiors threw him to the mercy of the court after he beat a criminal to death during an arrest, at the behest of those very superiors. Ngo ended up in jail, and upon his release, vowed to seek revenge on the police force that turned their backs on him.

None of the plot, nor characters, are particularly novel for the police drama genre.

Even Yen admitted in the film’s press materials “that character design, whether the character is a cop or a robber, tend to be similar [in the genre]…there aren’t many story or character archetypes to choose from.” Thus, it’s no surprise that the film was less than memorable when stacked against the decades of Hong Kong-produced police dramas.

Further, Raging Fire risks being irrelevant in 2021’s Hong Kong—a city where triads no longer reign supreme, and where years of protests have challenged the police force’s reputation. In one major scene, Ngo’s team of criminals engage in a gunfight with Cheung’s squad on Canton Road in Tsim Sha Tsui, which in real life is dotted with luxury goods stores. One can hardly imagine this scene playing out in real life today, however, as Hong Kong suppressed the reign of triad kingpins after Britain’s departure in 1997. Today, Hong Kong’s triads are more known for smuggling frozen meat and prostitutes via speedboats than their gunfights.

Nowadays, discourse around policing in Hong Kong has more to do with identity politics rather than triad groups—and in that sense there’s plenty of juicy source material for a refreshed take on the police drama. With Hong Kong’s film industry getting more integrated than mainland China’s, one would expect there to be newer blockbusters that offer insight into the central government’s views on the role that police ought to play in Hong Kong society. Alas, Raging Fire chooses to stick to outmoded conventions rather than acknowledge any of these new realities.

That’s a shame, because Raging Fire is otherwise a very well-produced film. Donnie Yen’s action scenes are skillfully choreographed, and each gunfight is filled with suspense and thrill as civilians also risk getting caught in the crossfire. Director Benny Chan (who died of cancer before this film was released) demonstrates his legacy in executing great police dramas. Even Nicholas Tse got to demonstrate his musical skills, as he wrote the theme song for the film.

While action fans will enjoy Raging Fire, longer-time followers of Hong Kong cinema may find the film’s formula repetitive and too familiar. Nonetheless, the film provides more than ample entertainment, and will be sure to keep audiences engaged over it’s 2 hour running time. 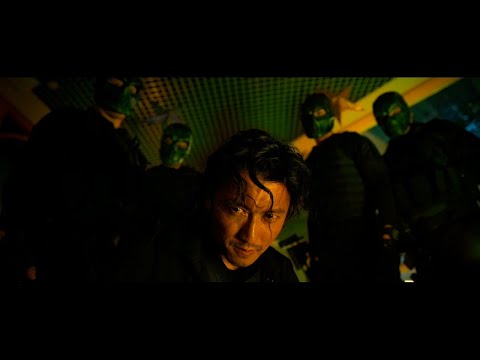 Raging Fire has its North American premiere on August 13, 2021 at the New York Asian Film Festival and at theatres nationwide. Tickets are available here.

This article is part of Cinema Escapist‘s dedicated coverage of the 2021 New York Asian Film Festival.