Review: Russian WWII Movie “The Pilot” Exalts the Survival and Redemption of an Aviator

Given rapidly escalating tensions between the two nations over Ukraine, it might seem like an odd time to release a Russian war movie in the US. However, that’s what Well Go USA is doing with The Pilot (also known as The Pilot: A Battle for Survival), which premiered in Russian theaters during December 2021 and is getting a US streaming and physical release at the start of March 2022. The World War II movie offers a straightforward glorification of a Soviet pilot who gets shot down behind Nazi lines, and will provide adequate entertainment to the subsegment of war movie buffs who care more about action than character development or nuance.

While it has decent air combat scenes near its beginning and end (apparently filmed with an actual Il-2), The Pilot spends most of its time on the ground. The film centers on a pilot named Nikolai Komlev, who flies Il-2s for the Soviet Air Force. We first meet Komlev on the wintry streets of Moscow, where he saves a woman named Olga from thieves. He and Olga quickly fall in love, which kicks off a “tough warfighter man gets motivated by love for female character who otherwise has no agency” trope that runs halfheartedly throughout the rest of the movie.

Of course, something bad has to happen for The Pilot to have any action. Shortly after meeting Olga, Komlev gets shot down in a forest behind Nazi German lines. Braving German search parties, wolves, freezing weather, and festering wounds, Komlev must find his way back to Soviet lines and redeem himself by fighting another day.

According to press reports, The Pilot was inspired by the story of Aleksey Maresyev, a famed Soviet pilot who eventually earned the title Hero of the Soviet Union. Indeed, the film’s end credits mention Maresyev, along with other famed Soviet pilots of the Great Patriotic War (as World War II is called in Russia) with stories similar to his.

As such, it’s not surprising that The Pilot spends much of its energy trying to lionize its protagonist Komlev, as well as other characters who help him on his journey. Unfortunately, the film feels rather formulaic and predictable in this regard. Besides his perfunctory romance with Olga, Komlev doesn’t have much substance as a character. He only repeats bromides about how he wants to fight for Olga, his comrades, and his nation, and never displays inherent flaws. The challenges that Komlev encounters are virtually all external—for instance a bevy of forgettable evil German soldiers, who the audience can be pretty sure Komlev will overcome thanks to his hero-protagonist plot armor.

Ultimately, The Pilot’s message seems to be something along the lines of “war might suck, but the people who power through that suck are heroes, and we should venerate them.” It’s a fairly simplistic, black-and-white portrait of war—one that contrasts with the mainstream Hollywood liberal zeitgeist, which often focuses on the moral complexities of conflict, or eschews lionization for humanization. However, The Pilot fits well within Russia’s recent war film output, which features numerous titles like Panfilov’s 28 Men or T-34 that unabashedly shape their characters into heroes.

With this in mind, maybe there’s some logic in The Pilot getting a US release at this moment. Just as right-wing talk show host Tucker Carlson is finding common cause with Vladimir Putin, there’s probably a non-negligible segment of American war movie buffs who’ll appreciate movies that paint conflict in more simplistic terms, and see moral nuance and humanism as part of a “woke” Hollywood agenda. Perhaps this subpopulation of war film fans should hope that Russia-US tensions don’t lead to sanctions that block the import of more films like The Pilot. 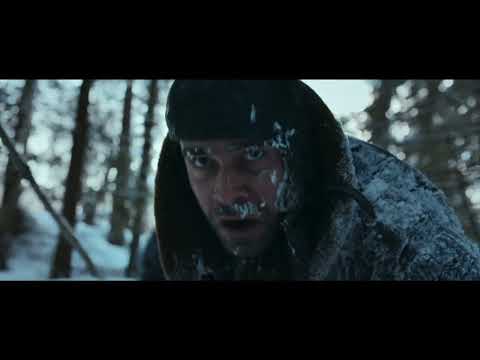