On the surface, My Prince Edward has all the trappings of a romantic comedy. Hong Kong bridal shop worker Fong (Stephy Tang)’s long-term boyfriend Edward (Chu Pak-hong) proposes to her, but there’s a catch—Fong’s already married to mainlander Yang Shuwei (Jin Kaijie) in a secret fake marriage.

However, the film is anything but romantic. Edward feels more like a dweeb than a prince. He clips his toenails while sitting in bed with Fong, and submits meekly to his domineering mother. Meanwhile, Fong seems to be walking into marrying Edward without any passion, and more out of a sense of obligation.

My Prince Edward‘s plot revolves around Fong navigating her views on marriage and freedom. She juggles getting a divorce from Yang, hiding the fact that she’s married from Edward, and struggling to carve out a bit of independence from Edward and his mother. My Prince Edward is a well produced showcase of some of the struggles that young women in Hong Kong, and more broadly in Asia, grapple with as they break out from the conservative mindsets of their parents’ generation to forge their own independent paths in life.

Women in Hong Kong face pressure from their parents and society generally to get married. This phenomenon is not unique to Hong Kong; parental pressure to get married is also common in mainland China as well as in India. However, the fact that expensive property prices force many young Hong Kongers to live with their parents into adulthood exacerbates this phenomenon—it’s easier for parents to nag kids who live at home.

“Many people are under the impression that Hong Kong is very Westernized and that women here enjoy more freedom than they do in other places in Asia,” director Norris Wong said in an interview with Cinema Escapist. “In my experience though, I’ve found Hong Kong to be more conservative in almost every respect.”

When making My Prince Edward, Wong drew directly from her own experiences growing up in the city; she saw many of her classmates follow a common life schedule—”meet a man in college, go steady with him…get married by the time [they’re] thirty, and then have kids.” Wong and some of her friends eschewed this standard plan, but in doing so they still felt pressure from their families.

In My Prince Edward, Fong initially comes off as a woman who internalized the conservative expectations of Hong Kong society. However, the audience comes to realize that Fong has a bit of rebel spirit in her: she initially entered into the fake marriage with Yang to escape her overbearing parents, who objected to a teenage romance. Over the course of the film, Fong also starts fighting back against violations of her freedoms by both Edward and his mother.

My Prince Edward also contrasts differences in cultural values relating to marriage and women between mainland China and Hong Kong. In the film, mainlander Yang Shuwei starts to challenge Fong’s notions of freedom and happiness as they get to know each other better. While Fong grew up in a more conservative, traditional context, Yang comes from a more progressive viewpoint. In one scene, Yang bemusingly chides Fong from the perspective of a mainlander: “no one rushes to get married anymore. Are you so Hong Kongers so old-fashioned nowadays?”

In real life, women in mainland China deal with many of the same pressures that their peers in Hong Kong do, but they are slowly pushing back. The millennial generation has different views on marriage than their parents did. Despite the fact that spinsters over 30 are sometimes denigrated as “leftover women,” contemporary Chinese women increasingly focus on career success and independence.

Like many locally produced films, My Prince Edward paints an authentic portrait of life in Hong Kong. For Wong, My Prince Edward is a nod to where she grew up. In the Prince Edward of her childhood, Wong fondly remembers seeing “hand-painted movie posters” and “flying paper airplanes out the window”. Wong included sprinkles of her impressions of Prince Edward like the “Goldfish Street filled with aquarium shops, roadside fountains, parks, mainland-bound shuttle bus station, and parallel imports shops emerging in recent years.”

My Prince Edward also touches on a topic close to many Hong Kongers daily lives—real estate prices. In the film, Fong and Edward struggle between renting their current older flat, or buying a newer one together. However, the couple cannot scrape together the funds needed to buy a home in one of the most expensive housing markets in the world. Their cramped living space depicted in the film would also be familiar to anyone who has lived in Hong Kong.

The Future of Hong Kong Cinema?

Most global audiences know Hong Kong cinema from its kung-fu blockbusters and triad criminal dramas. However, more narrative-focused dramas like My Prince Edward are starting to gain traction. In recent years, thoughtful personal dramas and films with social commentary like 29+1, I’m Livin’ It, and Fagara have started to appear more often at the box office, wrestling eyeballs from more action-packed films.

Wong thinks that this might be the result of lower film production budgets and a loss of action stunt talent.

“With such limited resources, the new generation of filmmakers can only afford to make narrative-driven movies centered on characters and taking place in a few fixed sets,” Wong said, adding that “the new generation of directors also lack the training and learning opportunities to shoot action movies.”

There’s a broader question of whether such films would have broader international appeal. After all, Westerners are notoriously allergic to subtitles, and pithy personal dramas don’t have the same appeal of action-packed blockbusters.

However, there’s reason to be optimistic that this new wave of Hong Kong films will receive global recognition. The ascent of online streaming services makes movies like My Prince Edward more accessible to global audiences. At the same time, the success of films like Parasite encourages people to explore media not only from a different culture or language, but also media that provokes thought rather than simply impresses with action.

My Prince Edward will be a test of that optimism; after a theatrical run in Hong Kong, Cheng Cheng Films will bring the movie to North American audiences. 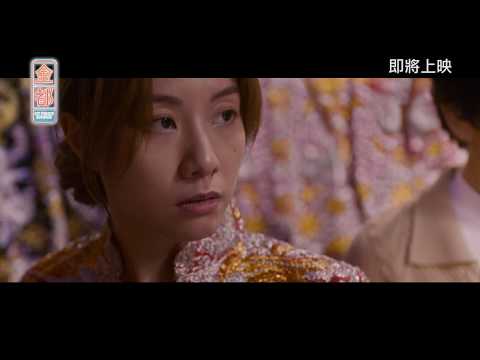