When the comedy 6/45 first premiered in late August 2022, K-film critics likely didn’t expect it to become a hit, given the film’s lack of superstar actors or franchise heritage. Yet, it topped the South Korean box office upon debut, and remains the seventh highest grossing Korean movie of 2022 as of press time.

With its story about South and North Korean soldiers who must contend with each other after a winning lottery ticket blows across the Military Demarcation Line (MDL), 6/45 is simply the latest in a long line of Korean comedies to address inter-Korean relations. The film keeps its scope relatively unambitious though, and doesn’t do much to innovate beyond existing genre tropes. What results is an enjoyable story with relatable characters, and funny anecdotes that will still get across to viewers without deep knowledge about Korean politics.

6/45 introduces us to a group of South Korean soldiers stationed along the DMZ, headlined by a Sergeant named Park Chun-woo. Park mans an observation post that looks onto a North Korean propaganda broadcast tower; he and the North Koreans trade childish barbs at each other across the border. One day, a random gust of wind blows the winning ticket of South Korea’s national lottery (known as the “6/45”, thus the film’s name) into Park’s hands. While waiting to go on leave and cash out the equivalent of $5.7M USD, Park keeps the ticket with him at all times—including at his guard post.

It’s a fateful decision. The wind acts up again, and blows the ticket across the border into North Korea while Park sits on watch. Desperate to recover the ticket, Park sneaks to the MDL, and bumps into a North Korean soldier named Ri Young-ho. Ri’s picked up the ticket, and tells Park that he must negotiate to win it back. Park and Ri’s units end up meeting in a joint supply tunnel to hash out terms, and a series of hijinks ensue as the soldiers bond through friendly competition.

Audiences who’ve watched the hit K-drama Crash Landing On You or Park Chan-wook’s renowned film Joint Security Area will find this plot—featuring happenstances via random gusts of wind, and soldiers clandestinely meeting across the inter-Korean border—rather familiar. Indeed, 6/45 doesn’t offer too much innovation when it comes to depictions of North Koreans in South Korean media. Arguably, the film exists in the wake of Crash Landing, which was a pioneer in not only showing daily life in North Korea, but also framing inter-Korean relations through a dynamic of “peaceful coexistence” as opposed to abject tragedy (a la Joint Security Area), violence (ex. Northern Limit Line), or espionage (like the IRIS drama franchise, and so forth).

Similar to Crash Landing, 6/45 instead relies heavily on relatable characters and cross-culturally relevant gags to build audience appeal. The plot device of a lottery ticket helps immensely with the former point, as each character shares the quotidian things they’d like to do with the money, which build upon common human experiences in the North and South—pay for their children’s educations, buy gifts for their parents, and so forth. On the latter front, techniques like physical and sexual humor carry 6/45 forward. For instance, we’re treated to one scene where the soldiers dance to K-pop group Brave Girls’ song “Rollin’”, and another scene where Sergeant Park helps North Korean farm animals procreate by putting on disco music. Neither of those scenes requires much knowledge about inter-Korean politics to enjoy.

While 6/45 leaves some plot threads (for example some latent romantic tension between Sergeant Park and a female North Korean propaganda announcer) partially unresolved, it’s generally a competent movie with a focused plot. As Korean cinema starts emulating Hollywood’s penchant for sequels and franchises, the standalone and unfussy 6/45 feels like a refreshing gust of wind. 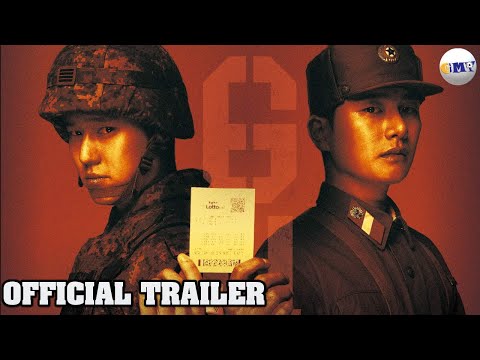 6/45 is now streaming on the myTV SUPER (Pay-Per-View) platform in Hong Kong.