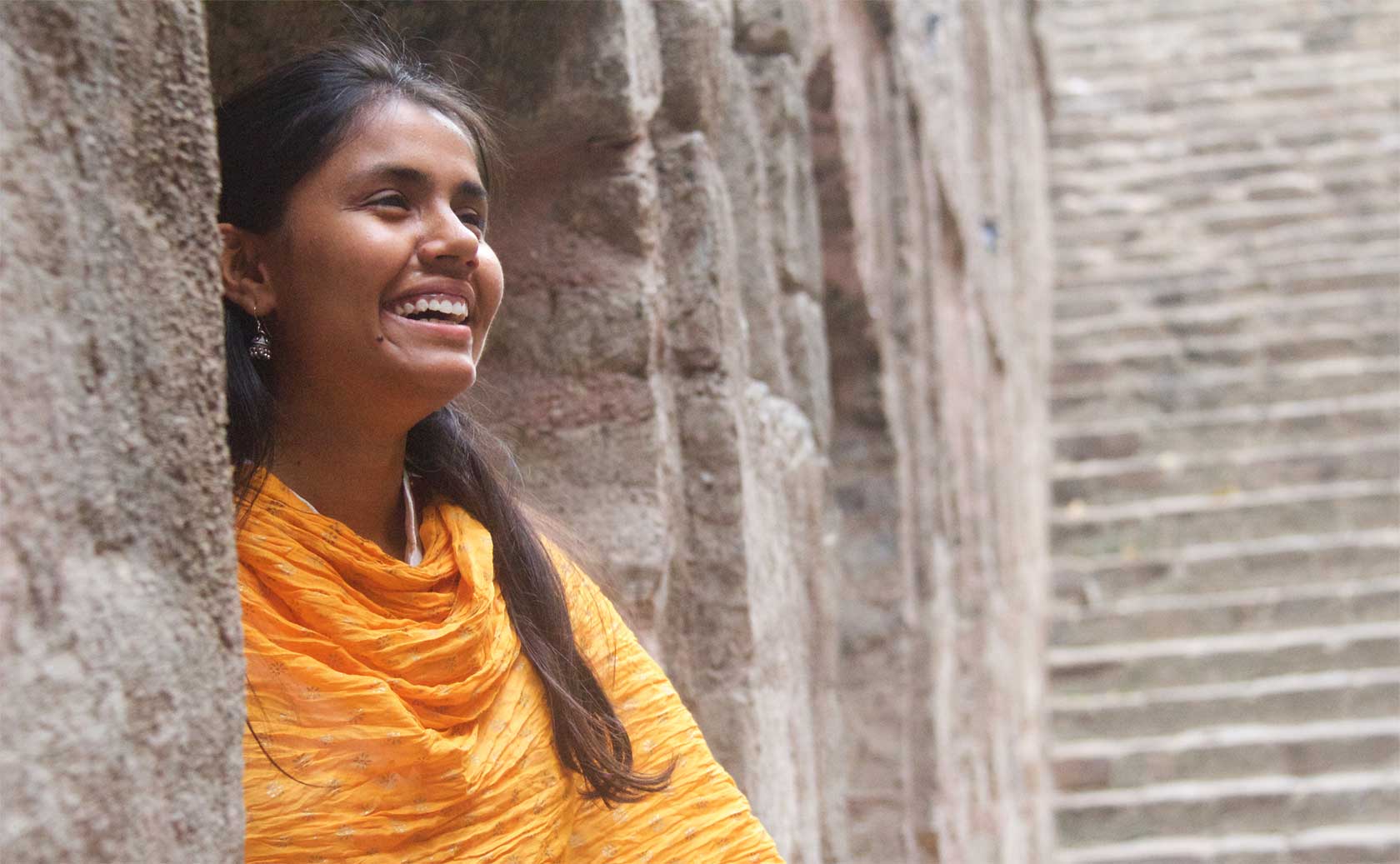 Niharika Popli is the director of Rasan Piya, a documentary about a renowned classical Indian musician named Ustad Abdul Rashid Khan. Rasan Piya is Popli’s debut film and it has already garnered accolades such as a Special Jury Mention at the Mumbai International Film Festival 2016. The film has recently been given a wide VOD release via MovieSaints.

Can you give a short introduction to Rasan Piya?

Rasan Piya is a documentary on the life of Indian classical musician and poet, Ustad Abdul Rashid Khan. He carried forward his family’s 500 year old unbroken musical tradition and, at the age of 107, he was perhaps the oldest practicing musician in the world. He continued to compose, teach, travel and perform till the day he died.

The film tells the story of this extraordinary man, his zest for life, his unwavering faith and complete devotion to his craft. Through intimate conversations with him at his home and glimpses of his classes, it explores how a poem comes into being. How melody is created. How he derives his inspiration, plays with the taal (rhythm) and his literary influences, Amir Khusro, Kabir, and Mirza Ghalib. The film is Inspired by his child-like innocence and wonder, and aims to display the interplay between the child and the sage in him through its narrative.

As many of our readers are not from India, could you describe the Khayal musical tradition that Ustad Abdul Rashid Khan belongs to? What are its unique characteristics, what lyrical styles and instruments does it use, and how does it fit within the broader contexts of Indian music, history, and culture?

Khayal is an Urdu word that connotes imagination. This form of music traces its origins to the late 13th century. The Persian invasions in India tremendously influenced North Indian classical music and Khayal is the result of a fusion between different cultures, religions, and castes. It is believed that sufi musician and poet, Amir Khusrau laid the foundation for Khayal after which it emerged in the royal courts of India in the 14th century. The text in Khayal comprises of varied themes like love, longing, devotion, nature, etc.

Khayal also has a short lyrical composition (bandish) which is improvised within a framework, for the expansion and elaboration of what we call the Raag. It starts with a slow improvisation of notes (alaap), which reveals the characteristics of a raag. Then the vocalist starts singing the bandish with percussion accompaniment, starting with a very slow tempo (vilambit), and gradually moving to a fast paced tempo towards the end (Drut). Another significant feature of Khayal is the use of glissandos (Taan) where the musician displays his or her virtuosity.

Typically for khayal, the singer is accompanied by one or more players of the tanpura – an instrument which produces a continuous harmonic note and its overtones, a percussion set called tabla, sarangi – a string instrument, and at times, also a melodic accompanying instrument, harmonium.

Although predominantly a Khayal musician, Khan sahab, in his younger days, travelled extensively and explored various other genres of Indian classical as well as folk music like Qawwali, Tappa, Thumri, Dadra, Chaiti, Maand, Poorvi geet and many more.

Generally, what qualities or criteria define a “successful” Khayal musician? And on that topic, what makes Khan so seemingly remarkable and renowned within the genre, to the point that upon his passing he even received obituaries in major Indian newspapers and a tribute from the President of India?

Success can be measured in two ways – popularity and good work. What makes him special (or successful) was the beautiful music he created, the bandishes (lyrical compositions) and songs he wrote, and the hundreds of students he trained. As far as popularity is concerned, it was only after the age of 85, when he moved to Kolkata at the Sangeet Research Academy, that he became well-known. There was renewed interest by the media and government when, in 2013, at 105 years, he became the oldest person to receive the Padma Bhushan – one of the highest civilian honors in India.

On a personal level: were you already steeped in the Khayal musical tradition and knew who Khan was prior to meeting him and then making this film?

I had almost no exposure to Indian classical music before I heard baba (Khan). I first heard him in 2007, when I was in engineering college. There was something about his music that was pure, so simple yet profound that, even for someone like me, who had absolutely no familiarity with classical music, it was impossible not to be touched by his voice. I vividly remember how I and most others who heard him that night had tears in our eyes.

So, in that sense, my introduction to the world of Indian music began with him. By the time I decided to make the film, however, I had heard him live a number of times, and developed a strong interest and deeper understanding of the Khayal musical tradition in general.

What inspired you to take the plunge and actually shoot a documentary, which I understand is your debut film, about Khan — was there a particular moment that really pushed you to action?

It was in August 2012, after I quit my job, that I had gone to Chandigarh to attend a concert by baba. It was a great concert and before leaving I went backstage to meet him. There I met his grandson Bilal, and asked him if there was a book or a film made about him as I was constantly fascinated by him and wanted to know more. Bilal told me that there was nothing other than a couple of old video interviews and very few recordings.

Knowing how precious his music and poetry were and how inspiring his life was, I felt an urgent need to document it somehow. That I would end up making a film on him, however, could never have occurred to me as I had very little exposure to cinema, and absolutely no training in making films. But I returned to Delhi with a newfound purpose, of documenting the life and work of this living legend. I started discussing with my friends and gradually came up with the idea of making a film. Once I’d decided I wanted to do this, I started looking for ways to do it. I even enrolled for a month long course to learn the basics and technical aspects of filmmaking.

Is it fair to say that Rasan Piya is a project that has risen purely out of your passion? If so, how do you think that affected you as a documentarian? Is there a balance you have to maintain, or a conflict you have to mediate, between “documenting” in a more objective sense versus conveying that passion?

This film is all heart. Both Akshay (Cinematographer and co-producer of Rasan Piya) and I, fell in love with baba and we look at Rasan Piya as our loving tribute to him. Since this film is a reflection of my understanding of baba, I don’t know if it’s possible to be completely unbiased or objective in that sense. But what I can tell you is that I have made this film with complete honesty and have never tried to “construct” a certain image of him.

I approached this film with an open mind and have tried to be as genuine as I could, in my search and in documenting his music and his life. We spent a lot of time with him and always kept the camera at a distance so that he could forget about it. Also, when I saw the beautiful relationship he shared with his students, I too felt like learning from him. But I waited till I finished editing, so that I could be a little detached in making the film.

What were some challenges you encountered as a first-time filmmaker, and how difficult or easy is it to ramp up an independent documentary in India?

There were two kinds of challenges – technical and financial. The crew comprised of just two people, me and Akshay, and both of us being first time filmmakers, were making many technical mistakes — with the camera, sound, and later with editing. But we were extremely fortunate to have met some amazing senior filmmakers, who guided us along the way.

The financial challenges were far greater. Even after a considerable amount of research, shooting for twenty days, and making a short lineup, we could not manage to raise any money for the film. We went to a number of producers and government organizations but they were not convinced. So there was a sense of hopelessness in that area. Both of us took up other work to be able to earn money for making this film.

After the film was made, distribution was (and is) the biggest challenge. The film went to some festivals but we did not have the budget for applying to a lot of international festivals. But we’re hoping that with the online release at moviesaints.com, we will be able to reach a wider audience.

As you mentioned, to date, Rasan Piya has screened at various festivals and events throughout India and Europe, and is now available for streaming. What has reception been like so far?

I’m happy that Rasan Piya has been very well received at all screenings so far. We’ve had screenings at film and music festivals, music schools, and literary institutes and there have been wonderful discussions after all screenings. People have often written to me about how they were touched by Baba’s music and his life.

What do you think non-Indian audiences, who may not initially be familiar with the musical and cultural traditions Khan belongs to, can take away from your film?

I truly believe that baba’s life will inspire anyone who gets a glimpse of it. He was a man who lived passionately for over a hundred years, singing, teaching, writing every single day, till the last day of his life. His music gave him the strength to overcome innumerable challenges that he faced in life.

Although I didn’t think of an audience before making this film, now that I am sharing it with non-Indian audiences, I think Rasan Piya will acquaint them with an ancient Indian art form in a very simple manner. They will get a glimpse of India’s “guru shishya parampara” (traditional way of teaching), as preserved and practized by one its most revered exponents. It’s an age old tradition, alive in this day and age, of knowledge being transmitted “seena ba seena” (heart to heart). Also, Ustad Abdul Rashid Khan’s music is a unique blend of various influences – the Khayal tradition of the courts, Sufi music of the dargahs, and his poetry celebrates the vibrant krishna bhakti of the Hindu culture. Without being preachy, his music and his poetry carry a message of peace, harmony and faith in these troubled times.

Now that you’ve successfully finished and released your first film… are there any future projects on the horizon?

Yes, right now I’m in the process of doing some research for my next documentary and also working on a script for an animation short. With the documentary, I’m still trying to figure out the structure and form and I’m not sure if I will be able to make a film at the end of this research. But the process is what I enjoy the most. Even while making Rasan Piya, the most enriching experience was spending time with baba, and being immersed in his music and poetry for almost three years. 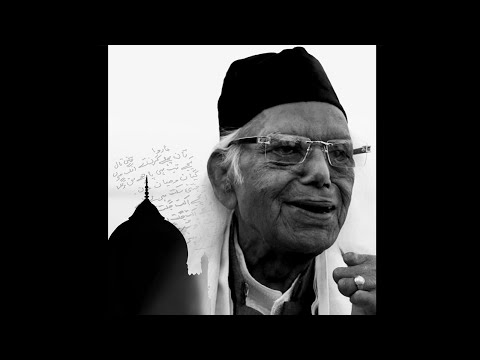 An Interview With Steven Dhoedt, Director of "Reach for the SKY"

An Interview With Steven Dhoedt, Director of "Reach for the SKY"