Although Turkey and Japan are on opposite ends of the Eurasian continent, the two countries have one of the most friendly, “problem free,” and even “romantic” relationships in the world. According to a 2012 survey by Japan’s Ministry of Foreign Affairs, 83% of Japanese have positive sentiments towards Turkey, and Japan has invested heavily in Turkish infrastructure and energy projects. Why is this the case? History plays a significant role, but, as a 2015 Turkish-Japanese film collaboration reminds us, there’s an important emotional aspect to the bond.

When Japan began opening up to the world after the 1868 Meiji Restoration, the Ottoman Empire, known as the “sick man of Europe”, was in a state of decline. The Ottomans, and later the Republic of Turkey, wanted to learn from Japan’s successful modernization reforms, and Japan was keen for another ally against Russia (which it would defeat in the Russo-Japanese War of 1904-5).

However, as the 2015 movie Ertugrul 1890 (also known as 125 Years Memory) reveals, these pragmatic considerations don’t fully account for the depth of friendship between Turkey and Japan.

Ertugrul 1890 is based on the story of the Ottoman frigate Ertugrul which, in 1890, embarked on a visit to Japan. On its way home, the ship encountered a typhoon and sank off the coast of southwestern Japan with the loss of over 500 lives. However, 69 crew members were rescued by the Japanese, and the hospitality the crew experienced became the basis of an emotional bond between Turkey and Japan that persists to this day.

Produced in part by Turkey’s Ministry of Culture alongside major Japanese institutions like the Yomiuri Shimbun, the film’s very existence is a testament to just how central the Ertugrul disaster is to Japanese-Turkish collective memory. The two countries’ respective Foreign Ministry websites cite the disaster as the starting point for their good relations, and Turkish President Recep Tayyip Erdogan and Japanese Prime Minister Shinzo Abe saw Ertugrul 1890 together at a special Istanbul screening in November 2015.

The film doesn’t just show Japanese helping Turks though — though 60% of it depicts the Ertugrul disaster, the rest focuses on another incident in which Turkey ended up helping Japan. In 1985, amidst the Iran-Iraq War, Japanese citizens were trying to evacuate Tehran due to the threat of Iraqi bombing. However, the Japanese government refused to send a plane. Turkey ended up coming to the rescue: with collaboration between the Japanese and Turkish embassies, Turkish Airlines flew all remaining Japanese citizens to safety (full disclosure: I saw Ertugrul 1890 on a Turkish Airlines flight). The evacuation provided yet another emotional connection point for the two countries and endeared Turkey to the Japanese public, which was impressed that a foreign country would do what their own government was too scared to do.

Admittedly, Ertugrul 1890 does add some artistic license both the 1890 Ertugrul disaster and the 1985 Tehran evacuation. In the film, the Ertugrul sailors conveniently have a medallion with a crescent (symbolizing Turkey) and sun (symbolizing Japan), which ends up being a conveniently poetic motif. It also depicts the Tehran evacuation in a way that makes it seem that hundreds of Turks chose en masse to give up their seats to assist the Japanese, which I’m not sure was actually the case.

Regardless, “diplomatic films” like Ertugrul 1890, made with close political cooperation between two countries, are a rare treat. Compared with other instances of the genre (ex. from North Korea and China), Ertugrul 1890 is actually quite well-made and retains a fair amount of entertainment value (which you could imagine gets lost if too much political negotiation gets injected into a film’s production). This gives the film an extra edge over just being a source for political analysis, and makes it an even better starting point to learn about the surprising friendship between two distant nations. 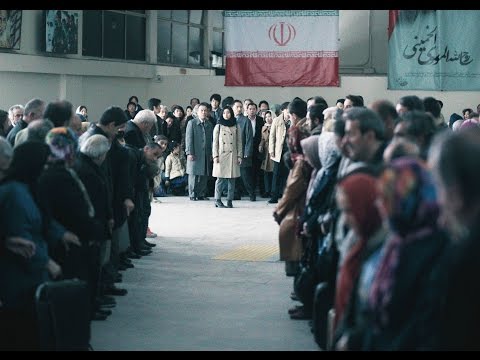