How “Isle of Dogs” Is A Metaphor for Japanese Politics

Other critics have it wrong: Wes Anderson's film actually conveys Japanese issues through an American lens, not the other way around. 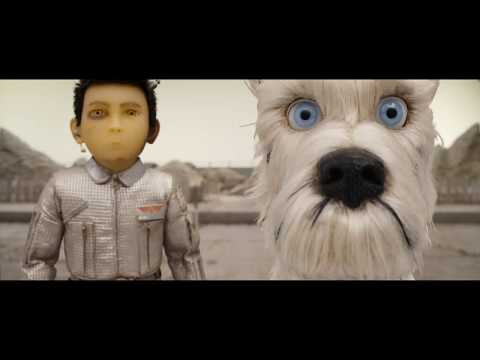 The American reaction to Wes Anderson’s Isle of Dogs has been one of enchanted confusion, along with concerns over cultural appropriation. While many American critics have noted that this is Wes Anderson’s most political film to date, none seem able to cleanly map the film’s narrative onto the current political moment in America. The film’s plot about the forceful deportation of dogs at the hands of a fiery right wing politician seems to say something about Trumpian xenophobia, but it feels frustratingly incomplete. The details refuse to add up, such as Mayor Kobayashi deporting his own family dog Spot. As with most other plot and character details, they simply don’t seem to reference any recognizable American reality.

The specter of Anderson’s cultural insensitivity, first raised over the Orientalist exoticism of The Darjeeling Limited, looms over this film as well. But this objection, as well as the confusion over Anderson’s political message, are both rooted in the same Americentrism which assumes that all of our movies must, at their base, be about ourselves. Thus Richard Brody in The New Yorker declares, without any support, that Japan is for Anderson a “mirror-America,” and that “the film’s political references have nothing to do with real-life Japan.” Similarly, Angie Han writes in Mashable that while Anderson’s Japanese aesthetics are done artfully, she can’t think of any reason why the film had to be set in Japan in the first place.

But if Isle of Dogs is viewed against the backdrop of contemporary Japanese politics rather than our own, the film suddenly transforms from an impenetrably weird Wes Anderson flight of fancy, into a powerfully encoded piece of political propaganda. From this perspective, every detail and character (and even the film’s title as a pun, just say it quickly) sharpens into a vibrant commentary on the future relationship between the United States and Japan, its closest Asian ally.

To begin with, the strangest aspect of Isle of Dogs is that the dogs all speak American English (and are voiced by white American and British actors), while the humans for the most part speak Japanese. While the human characters have appropriately Japanese sounding names, the dogs have American names like Spot, Chief, Rex, and Duke. Their names are stamped on military-style dog tags, and they read like monosyllabic military call signs.

This is the first of many overt clues that these dogs are not actually Japanese, but rather represent American soldiers stationed in Japan. Brody notes that the dogs are depicted as a “quasi-military organization,” but does not close the loop on them being American. We learn that Spot (who serves a plot function here similar to Private Ryan in Saving Private Ryan) was assigned by an elder Japanese statesman to protect his Japanese master, the young Atari, after a traumatic accident left his parents dead. This parallels the American justification for stationing troops in Japan since the end of World War II, ostensibly to guarantee the security of their host country, as a dog would its master.

The plot is centered around an outbreak of dog flu which makes the dogs behave in scary and asocial ways, biting their masters and all around being very, very bad boys. This leads to a political insurgency, headed by the fiery Mayor Kobayashi, to expel all dogs to the unpopulated Trash Island. This in turn parallels the decades-long protest by many Japanese, particularly in Okinawa, demanding the expulsion of the US military because of the devastating social damage inflicted by the callous and sometimes murderous behavior of American servicemen stationed there (most recently, the rape and murder of a local woman in 2016).

The issue came to a crisis in 1995, when three US servicemen were convicted of raping a 12-year-old Okinawan girl. The furor was worsened by the US military’s reluctance to hand the suspects over to Japanese law enforcement, as well as the head of the US Pacific Command, Admiral Richard Macke, lamenting that this would have all been avoided had the servicemen simply visited prostitutes instead. The growing outrage in Okinawa began to win sympathy more broadly among the Japanese, and by 2009 the conservative party was swept from power in part on the promise of relocating the Okinawan base from the island’s crowded south up to its relatively unpopulated north. The popular demand to expel the Americans from Okinawa continues to the present day.

When Isle of Dogs was commissioned in 2015, the relationship between the US and Japan was at a high point, and President Barack Obama and Abe were closing in on the ill-fated Trans Pacific Partnership. However, the promise of a revitalized American presence in East Asia that was to be anchored in Japan — envisioned as the “Britain of the Pacific” — was threatened by lingering wounds from World War 2. Cognizant of these obstacles, Obama would travel to Hiroshima in 2016 and, together with Abe, express a kind of solemnity, if not an apology, over the nuclear attack in 1945. A program of high-level cultural exchange was put in place, with large scale art exhibitions of Yayoi Kusama and Takashi Murakami to tour the United States.

It is in this moment that Isle of Dogs was first conceived. There is one scene in particular that removes any doubt that this film is speaking directly against the Japanese tendency towards a revivalist nationalism that would jeopardize these plans. The young Atari, whose quest to rehabilitate the image of the dogs forms the central plot, gives a speech to the people of Megasaki warning about the dangers of expelling its dogs and adopting Kobayashi’s mechanized war plans. As he speaks, a fantasy sequence appears on screen in which burnt skeletons fall from the sky, a giant volcano explodes, and the iconic red rays of the Japanese imperial war flag radiate out across an ashen sky.

Isle of Dogs is rather brazen in its use of cute imagery and tearful puppy eyes to induce a fondness for what they symbolize: a disgraced American military (google “Fat Leonard Scandal” to erase any lingering doubt that the American military has a serious credibility problem in Asia). But the reasons for why Isle of Dogs exists seem far less clear now in a radically transformed 2018. With Trump’s surprise victory, the abandonment of Obama’s carefully laid plans coincides with an American turn inwards, away from the outside world. Perhaps it is the current American mood of isolation and intense self-reflection which prevents us from realizing that Wes Anderson wasn’t making a movie about us after all.

This article was originally published in Plan A Magazine, an examination of Asian American online culture.