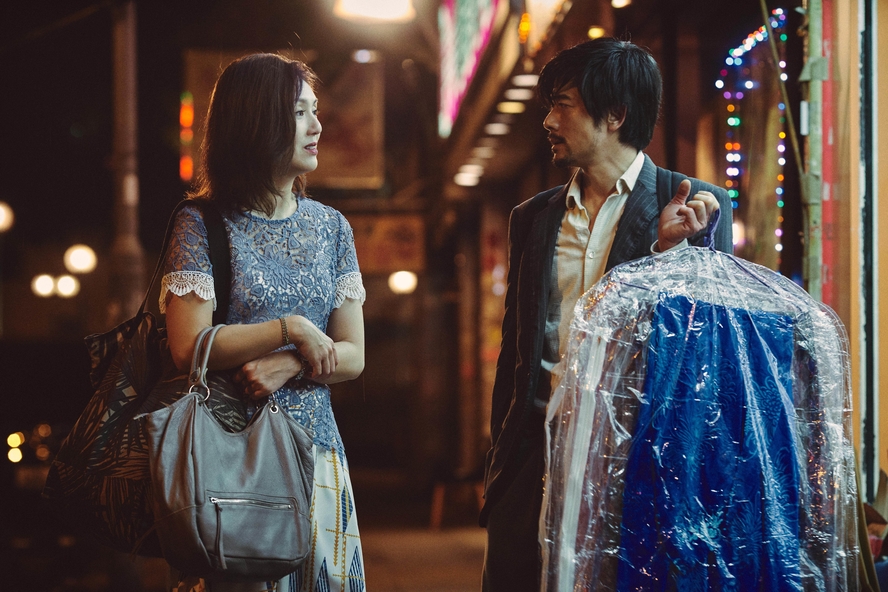 Global audiences generally know Hong Kong for its cosmopolitan status as a world financial hub. The autonomous region of China boasts well-heeled expats, professionals, and tycoons that fill its luxury shopping malls and many Michelin-starred restaurants. But beneath this gilded surface lie sky-high housing prices and rampant wealth inequality. Nowhere is this more visible than under the humble golden arches. Many McDonald’s outlets are open 24/7, making them a common option for Hong Kong’s homeless to rest in at night.

Danny Wong Hing Fan’s directorial debut I’m Livin’ It (Chinese: 麥路人) shines a light on these Hong Kongers who usually live in the dark. The name of the film is a play on McDonald’s jingle, “I’m Lovin’ It” (we suppose McDonalds corporate was reluctant to lend their brand to a film about homeless people).

Aaron Kwok stars as Bowen, a disgraced financier who now joins the homeless each night at a local fast food chain. We soon meet his group of “housemates”: a single mom (“Mother”) and young daughter (“Daughter”) beholden to loan sharks, a skinny man who draws caricatures (“Chatting Cheung”), an old widower who waits for his deceased wife to return (“Uncle Wait”), and a young runaway boy (Sam Chai). Perhaps as if to highlight the anonymity of Hong Kong’s homeless, most of the fast food chain’s “residents” are only ever referred to by their nicknames.

The Value of Human Relations

Bowen’s “housemates” affectionately call him “Brother Bo”—and for good reason. He takes Sam Chai under his wing by helping him find odd jobs to make money, he helps Mother write letters to government social workers in English, and he stands up for Uncle Wait when a drunk man hassles him.

While Bowen is at the center of the movie’s plot, each character has their own backstories and challenges, showing us the diversity of the impoverished struggles. From stories of redemption to the sacrifices a mother is willing to make for her child, I’m Livin’ It has myriad subplots to keep the audience engaged.

While multiple subplots can be distracting, I’m Livin’ It ties everything together with a common theme—the value of human relationships. Bowen reflects on advice that one of his former financial clients gave him: “emotional investments cost the least and pay the highest rate of returns.”

I’m Livin’ It constantly reminds us of the value of emotional wealth over material wealth. Bowen is completely broke, yet he is never short on friends to call on for favors from in a time of hardship. None of his friends are particularly well off, but their kindness for one another reminds us that sometimes those who have the least (materially) are the most generous. 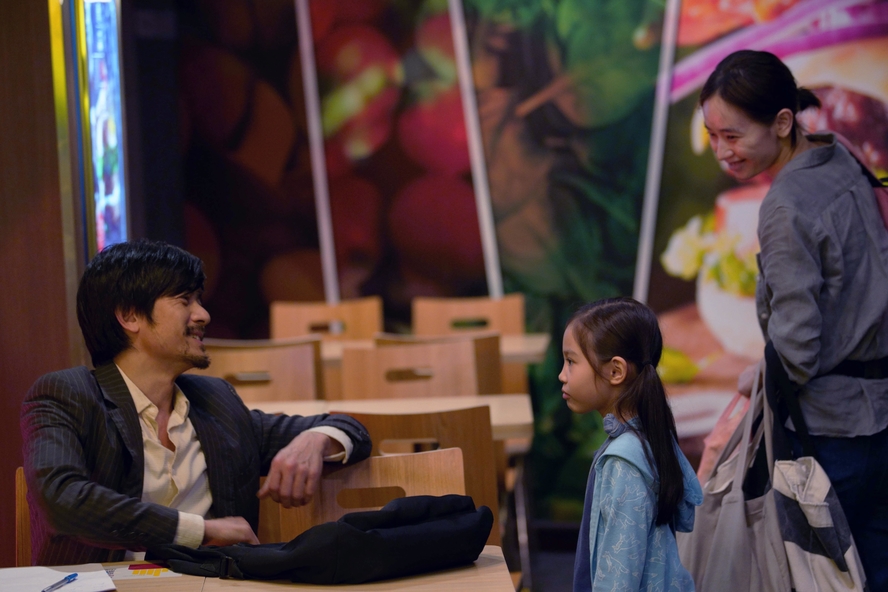 “It would be awkward if we’re saying that we want to shoot movies [when talking to them],” Wong said. “We love to do volunteering. We’ve met this group of people a lot and talked to them.”

In the process of volunteering, Wong gained a greater understanding of the struggles that the homeless face. Through the film, he hopes to challenge some of society’s prejudices against the late-night dwellers of McDonald’s.

“I want more people to be aware that a group of people like this exists,” Wong said. “Sometimes you may think those people are quite annoying as they live there during night time. For those who’ve watched the movie, they can figure out that the homeless people actually don’t want to stay there, but they have no choice. It’s better than just sleeping on the street.” 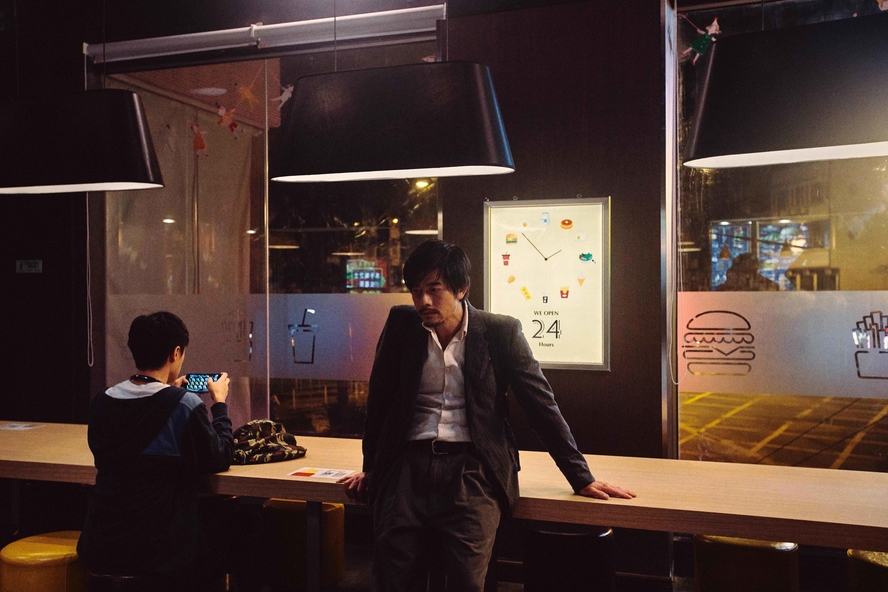 Hong Kong punches above its weight when it comes to the cinematic world. From kung-fu movies to triad criminal dramas, Hong Kong is a cinematic heavyweight on the world stage. However, the city’s more quiet personal dramas tend to be outshined by faster-paced, adrenaline-rushing action films at the box office.

That’s a shame, because some of Hong Kong’s best movies are personal dramas. This is one challenge that Wong hopes to tackle in his future work.

“[My next movie] will be more like a drama. It’s not going to be ‘shooting’ or ‘kung fu’,” Wong said. “If you shoot an action movie, it’s often about the movement and sense of excitement. I hope my audience can watch a movie peacefully, and understand what the director is trying to convey.”

Indeed, it’s human emotions and stories that are more relatable for global audiences—not fists of fury or gangster turf wars. Global audiences will find it easier to empathize with the struggles of average people like Bowen trying to get by, rather than with Ip Man (however entertaining his films might be). 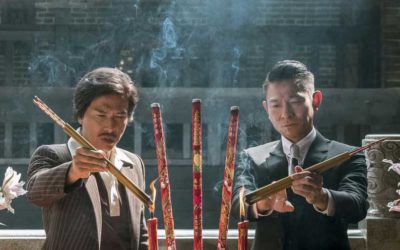 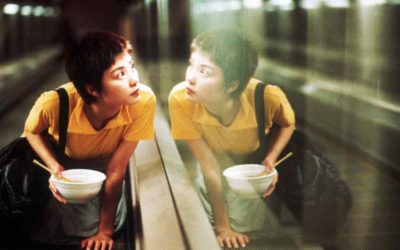 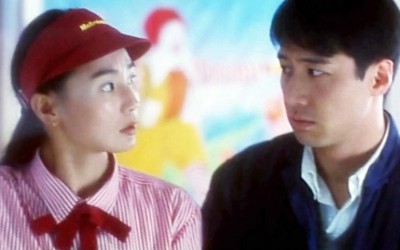 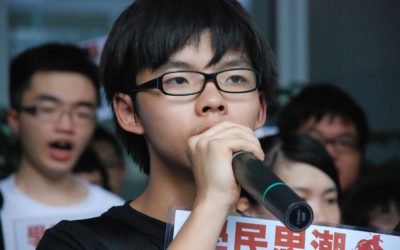