To some, he’s a brutal dictator. To others, he’s a bringer of prosperity. Even today, former President Park Chung-hee remains one of South Korea’s most polarizing figures. After seizing power in a 1961 coup, Park ruled South Korea with an iron fist until his assassination on October 26, 1979.

Korean blockbuster The Man Standing Next dramatizes the 40 days leading up to this assassination. The film stars heartthrob actor Lee Byung-hun as a character closely modeled after Kim Jae-gyu, chief of South Korea’s intelligence agency (the KCIA) and the man who killed Park Chung-hee on that fateful October night. In real life, Kim’s legacy is as divisive as Park’s—some think he killed Park out of selfish anger, while others believe he was tired of Park’s authoritarianism and wanted political change. We’ll never know for sure, especially given South Korea’s military executed Kim soon after the assassination.

The Man Standing Next exploits this murkiness to reinterpret Kim through the lens of a Shakespearean tragic hero, as a flawed man suffering the slings and arrows of outrageous political fortune. It’s an approach that aptly leverages Lee Byung-hun’s acting prowess and offers a rigorous retelling of events, but results in an overloaded narrative that caters to history buffs at the slight expense of casual viewers and cinephiles.

As its title sequence reveals, The Man Standing Next draws from a non-fiction book called “Chiefs of Namsan,” which traces the KCIA’s history leading up to the assassination (Namsan is a metonym for the KCIA, which was headquartered in Seoul’s Namsan neighborhood). Despite this realistic foundation, The Man Standing Next chooses to mask historical figures by creating fictional character analogues, perhaps in fear of defamation lawsuits.

In the film, Lee Byung-hun plays KCIA Director Kim Kyu-pyeong—modeled after the real-life Kim Jae-gyu. Director Kim is old friends with “President Park” (no first name given), and seen as a potential successor (i.e. the “man standing next”) given the KCIA’s powerful status. However, the Director Kim we see onscreen doesn’t feel like a powerful spy chief. Instead, he’s a man plagued with indecision, toggling between ruthlessness and righteousness as external competition closes in.

That competition comes in the form of Presidential Chief Bodyguard Kwak Sang-cheon, an analog for the real-life Cha Ji-chul (who Kim Jae-gyu killed alongside Park). Chief Kwak has cozied up to President Park, and begun pushing Director Kim out of Park’s inner circle with aspirations to be the new “man standing next.” In dire straits, Director Kim must regain favor with President Park by dealing with a former KCIA director who’s fled to America and started to reveal secrets about Park’s regime (modeled after the real-life Kim Hyong-uk). Meanwhile, Director Kim also discovers the existence—but not identity—of a shadowy figure codenamed “Iago” who might’ve already outflanked both him and Cha as “man standing next.”

Those who’ve studied Shakespeare might recognize Iago as the heinous villain in Othello—a tragedy replete with jealousy, betrayal, and political struggles. While The Man Standing Next doesn’t directly adapt Othello, it takes general inspiration from Shakespearean tragedy. Director Kim is a classic tragic hero, racked with both internal and external conflict—and destined to die. As the British Library describes, a tragic hero “becomes a stranger in a world where they had once felt at home, and a stranger to the person that they used to be or thought they were.”

Lee Byung-hun’s performance as Director Kim deserves praise for portraying the former part of that description. Through the pained facial expressions and body language that he cultivated through past works like A Bittersweet Life, Lee shows Director Kim’s increasing alienation amidst political struggles. However, The Man Standing Next’s complex plot prevents us from seeing a clear contrast between Kim at the film’s end and beginning; he starts off already sidelined, and just gets more alienated as the story progresses.

This plot complexity comes from a desire for historical rigor. To comprehensively depict all the factors leading up to Park’s assassination, the film travels to Washington and Paris, shows American meddling, mentions the Koreagate scandal, and halfheartedly depicts General Chun Doo-hwan as the mysterious “Iago.” While this might please history buffs, it dilutes the focus on Kim as a tragic hero and makes The Man Standing Next somewhat less compelling for viewers and critics who care more about dramatic storytelling.

From Tragedy to Historiography

If you’re a history buff though, there’s even more reason to appreciate The Man Standing Next. Beyond offering a comprehensive retelling of events, the film is also an interesting datapoint for historiography around Park Chung-hee’s assassination.

Kim gets a far more sympathetic portrayal in The Man Standing Next. He might be tragic, but he’s still a hero—he opposes President Park and the Chief Presidential Bodyguard’s plans to violently suppress pro-democracy demonstrations, and reacts with disdain when the Chief remarks “Cambodia killed three million people, is it such a big deal if we kill one or two million?” Casting Lee Byung-hun, one of Korea’s most handsome actors, certainly doesn’t hurt Kim’s image either.

Since 2005, Park Chung-hee’s legacy has taken a nosedive after his daughter Park Geun-hye was impeached after winning the presidency. Correspondingly, Kim Jae-gyu’s reputation has enjoyed an upswing—especially among South Korea’s liberals. In the wake of Park Geun-hye’s impeachment, many in Korea made pilgrimages to Kim’s grave and even helped crowdfund a journalistic reassessment of Kim’s actions. Today’s political environment is certainly more conducive for a movie like The Man Standing Next.

Narrative complexity aside, as long as South Korean democracy lives, The Man Standing Next will likely remain in the country’s public discourse. The movie enjoyed great audience reception upon its premiere, and we can only hope that it sparks rich political discussions that lead to more films that examine modern Korean history. 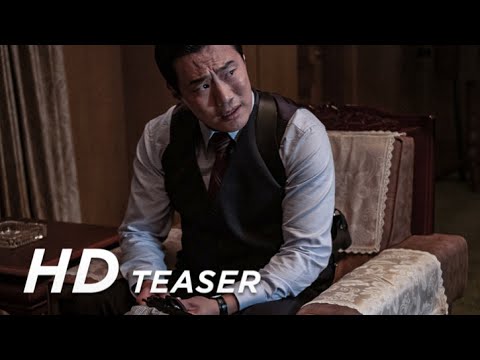 The Man Standing Next is currently screening in South Korea and at CGV Cinemas in the Los Angeles area.