Review: “Filmfarsi” Reveals A Hidden Side to Iranian History Through Exploitation Cinema

Recovered from forbidden VHS footage, this enlightening film essay provides us with a look at Iranian history through a very different lens.

When US President Donald Trump threatened to bomb 52 Iranian cultural sites in January 2020, even his own defense officials reacted in horror. Amid heightened tensions between the West and Iran, the backlash to Trump’s pronouncement showed that the world still sees culture as something worth defending, regardless of country. If the West wants to have any hope of preventing such tensions in the future, learning about Iranian arts and culture—cinema included—is a good starting point.

Enter director and narrator Ehsan Khoshbakht’s Filmfarsi, which highlights a side of Iran Westerners rarely see. This is not just because of constant negative media coverage, but also because the Iranian government suppressed the fascinating era of Iranian cinema that this unique film uncovers. Khoshbakh’s deeply personal film is a comprehensive and expansive examination of an obscure subgenre of Iranian cinema, something that inadvertently provides a whirlwind history of pre-revolutionary Iran and analysis of the country’s fractured national psyche.

An Amorphous Genre and Era

“Filmfarsi” is an amorphous term that describes slapdash Iranian films put together before the 1979 Islamic Revolution. There’s no singular type of Filmfarsi story, but what unites these films is a spirit of hasty improvisation, low production value and exaggerated performance. However, Filmfarsi narratives usually reverted to some form of exploitation-tinged melodrama, with an ever-changing cast of one-dimensional archetypes. This hastiness helped Filmfarsi become prolific. During the 1970s, nearly 100 Filmfarsi titles were made every year; this sheer scale makes Filmfarsi’s contemporary obscurity all the more tragic.

Khoshbakht is somewhat dismissive about Filmfarsi initially, mocking it in his film’s earlier sections. However,  he also sees its symbolic importance, and explores why and how such objectively bad exploitation cinema became a key reflection of Iran’s twentieth century national identity.

Rising From The Ashes

Filmfarsi the film opens with the Cinema Rex fire, which killed 337 people in the Iranian city of Abadan. The fire occurred on August 19, 1978, the 25th anniversary of the coup that toppled democratically elected Prime Minister Mohammad Mossadeq and installed Mohammed Reza Pahlavi, the last Shah of Iran. This blaze was, symbolically, the death of Iran’s Movie Theater Age. Using this “death” as his starting point, Khoshbakht uses Filmfarsi—which he believes to be equally a genre and a cinematic era—to map the history of Iran from revolution to coup and back to revolution again.

At first, only Iran’s royal family could watch movies. Then the 1905-1911 Constitutional Revolution happened, and cinema became democratized. Filmfarsi slowly emerged to fill in the void. While scorned for its shoddy production value, it provided a popular alternative to state-approved media—a way for Iranians to see their own stories on the big screen. The Filmfarsi genre grew to inadvertently address some of the most prominent issues facing Iran in the early 20th century—the subversion of traditional gender roles, the evolution of national identity, and how to address the Western world.

A large section of Filmfarsi focuses on changes in gender politics and roles. At first, the Filmfarsi genre offeredliberal portrayals of sex and nudity to appeal to the masses. However, to appease the changing national mood in the leadup to 1979’s Islamic revolution,  Filmfarsi showed the same sexually liberated women that it once admired as sinners, who could only find redemption through marriage and embracing the Islamic faith.

With men, earlier Filmfarsi titles focused on “traditional” ideals of masculinity that drew on classical literature. Two common character archetypes were the historically-influenced Pahlevan and the more contemporary Jahel. Both embodied brute violence, and were overbearingly homophobic and misogynistic. To quote Khoshbakht, they “[lived] in a world of repressed homoeroticism.”

Khoshbakht also shows how gender and sex flowed into cinematic portrayals of Iran’s relationship to the West. Sometimes, these “relationships” took physical form. There were more than a few examples of films where Western women seduced Iranian men—perhaps a reflection of Iran’s political tie-ups with Western countries like the UK.

This obsession with the West went far beyond a rather simplistic view towards women though. Filmfarsi was obsessed with copying Western filmmakers and genres, remaking the works of Fellini, Hitchock, and Billy Wilder with a distinctly Iranian flavor. There were quasi-Westerns, Bollywood-style musical scenes awkwardly inserted in where they didn’t belong, and an overall lack of confidence in Iran’s national cinema.

As 20th century Iran vacillated between West and East, modernity and tradition, these films seemed to mirror Iranians’ state of mind. Had the Constitutional Revolution been enough to modernize Iran? Were people satisfied with the Shah’s pro-Western orientation? Or was another revolution, one rooted in Islamic tradition, the best solution to Iran’s woes? Just as Filmfarsi movies swung between style and conventions, Iran struggled to find its own identity amidst waves of Western influence and popular desires.

From the fatwa against Satanic Verses author Salman Rushdie to the imprisonment of director Jafar Panahi, Iran’s current leadership has made their stance on any level of subversive culture very clear. Somehow, in spite of this, the Iranian New Wave movement endured, producing some of the world’s most beloved and well-respected films. It’s easy for Filmfarsi to get lost outside the Iranian New Wave’s spotlight.

However, Khoshbakht pushes back. Filmfarsi the movie’s grand thesis suggests that those both inside and outside of Iran have ignored a vital element of Iran’s national narrative never bothering to look at Filmfarsi the genre. Most of these films may not be well-made, or stand the test of time like Close-Up, A Separation, or The White Balloon, but the Filmfarsi genre’s ability to reflect popular sentiment makes it an excellent primer on twentieth century Iran. 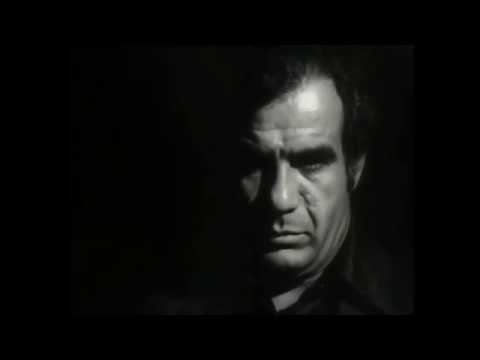