Based on a 1936 short story, "The Shaman Sorceress" portrays how Westernization and modernization affected a Korean village through their shaman.

Based on the highly acclaimed eponymous short story published in 1936, the Korean animated musical film The Shaman Sorceress looks at how the competing faiths of shamanism and Christianity clash and affect family relationships in a Korean village, at a time when modernization threatened traditional Korean culture. Both the musical and visual elements of the film incorporate various traditional Korean elements, which makes the film all the more authentic. From a historical perspective, The Shaman Sorceress offers an interesting take on how Westernization penetrated Korean society and its effect on social and cultural values.

The film begins with an unidentified narrator commenting on a painting  called “The Shaman Sorceress,” by the hard-of-hearing young artist Nangyi. With the painting acting as a stand-in for traditional Korean culture, the narrator explains that this kind of art is no longer valued as it once was.

The film shifts its focus to Nangyi’s mother Mohwa, who was a village’s well-respected shaman, performing exorcisms and rituals. When someone is sick, they prefer to pay a visit to Mohwa instead of a doctor because indigenous beliefs were more highly valued than science. Out of the blue, Mohwa’s son Wookyi comes home after many years away as a proud and devout Christian. He had run away from the Buddhist temple he was studying in to Seoul, which had already become a bustling cosmopolitan city where many Koreans had already adopted Western dress. Upon Wookyi’s return, he starts preaching Christianity to everyone in the village. He comes into conflict with his mother as she becomes convinced that he has become possessed by an evil spirit.

The Shaman Sorceress is centered around shamanism—a religious practice where believers think shamans are able to interact with the spirit world. Shamanism was the prominent folk religion of Korea since prehistoric times, and had significant influence over Korean culture despite the fact that Buddhism was the state-adopted religion in a succession of kingdoms on the peninsula. The impact of shamanism is also apparent in relics and tombs—even Buddhist statues featured elements of shaman culture.

Shamanism aims to resolve human problems by attempting to contact the spirit world. The shaman acts as the intermediary between the two realms and performs rituals and practices as part of the shamanistic ceremony. They provide a sense of protection, salvation, and hope for those that they serve.

As a shaman, Mohwa performed her rituals whenever she was needed. Her character is particularly interesting because she defies cultural expectations, even by today’s contemporary Korean standards. She was a drunkard and a single mother of two children, born from different fathers. Despite this, Mohwa was still respected because of her role as the village shaman.

However, as Christianity’s influence across the village increases, Mohwa starts to lose her status and slips into delirium,  exacerbated by her strained relationship with Wookyi. This reflects the culture clash between mother and son, East and West, both literally and metaphorically. Nevertheless, throughout the entire film, Mohwa never stopped believing in her own abilities as a shaman despite facing criticism from missionaries.

Despite shamans appearing to lose their power during the late Joseon era and subsequent Japanese occupation, they have reclaimed some of their original standing in the 21st century. Public perception towards shamanism has improved, largely because of positive portrayals in the media. Shamanism is still influential in South Korean society, and to this day visiting a shaman is a common practice throughout the country—even politicians consult them before elections for good luck. In one prominent case, South Korean President Park Geun-hye was embroiled in a corruption scandal with her shaman advisor.

The Shaman Sorceress depicts how new forces can influence and disrupt society, to the point that it tarnishes the closest of all relationships—that between mother and child. The unusual character of Mohwa makes the plot even more interesting as she does not conform to cultural expectations as a female authoritative figure. Many important and pivotal scenes use song and music – musical storytelling (pansori in Korean)–to express the character’s feelings more effectively and with more impact than pure dialogue. Moreover, the beautiful scenery enhances the film’s visual appeal, making it even more enjoyable to watch. 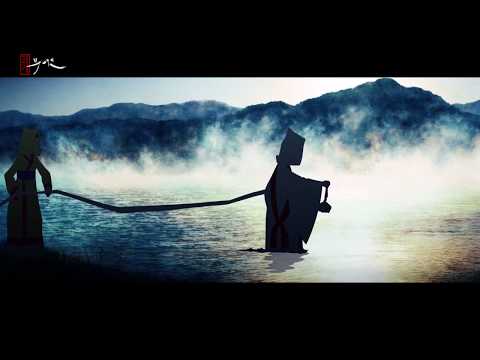