Starring Wan Qian from "Wild Goose Lake," "The Old Town Girls" showcases the dark side of life in an industrial Chinese town.

A rapidly industrializing China created unique opportunities to iterate on the neo-noir genre by highlighting stories set in industrial cities. While many blockbuster movies focus on the lives of the middle class living in big cities (My Old Classmate, The Ex-Files, The Truth About Beauty), neo-noirs in China tend to tell the story of working-class people in lower-tier cities. The Old Town Girls is set in such a lower-tier industrial city. The film follows the story of teenager Shui Qing (Li Gengxi), whose free-willed mother Qu Ting (Wan Qian) abandoned her at a young age. Ignored by her stepmother, Shui Qing attempts to bond with her birth mother when she suddenly shows up in her hometown, only to find herself drawn into a dark world of gangsters and loan sharks.

The Old Town Girls exemplifies the Chinese take on the crime thriller, neo-noir genre, as we follow a dark story with twists and turns that will keep audiences on edge. Harsh portrayals of life in a rust belt city, combined with tragic characters and unhappy endings, make the film a brutally stark representation of life for the working class left behind by the rapid economic development of modern China.

Like many other Chinese neo-noirs (Wild Goose Lake, Black Coal, Thin Ice, The Enigma of Arrival), The Old Town Girls eschews big cities like Shanghai or Beijing in favor of the forgotten smaller cities that make up China’s industrial base. Set in an unnamed city propped up by a few major factories, the film features characters left on the margins of China’s economic prosperity.

The film notably opens with a dark scene. Qu Ting, along with Shui Qing and her friend Ma Yueyue’s (Zhou Ziyue) respective fathers, visit a police station to report Shui Qing and Yueyue as the victims of a kidnapping. However, the audience quickly discovers that Yueyue’s corpse is actually hidden in the back of Qu Ting’s car. The rest of the film centers around the events that led to this point.

We travel back a few weeks to when Shui Qing is but a simple and innocent high school student who struggles to gain popularity in her dance troupe. Left to a single father (who would rather spend time with his new wife), she has few true friends, aside from Yueyue. Yueyue has her own tragic problems—her father is a humble factory worker with little income to share. However, her father’s boss is unable to have kids of his own, and thus wants to adopt her (to her father’s dismay), showering her with gifts and opportunities to be a model.

The characters in the film are all pitiable; they live their lives with little hope for a better future, merely floating along the river of fate that propels them through time.

Shui Qing is ecstatic to finally see her mother Qu Ting visit town again. However, Qu Ting’s first encounter with her estranged daughter is hardly glamorous, as she is recovering from a hangover after going clubbing all night.

Qu Ting is the stereotype of an irresponsible mother; she smokes and drinks all the time (having abandoned her daughter), and easily drags Shui Qing and her friends into her carefree life. She’s the femme fatale of the film—young, seductive, and wild. Her role as a femme fatale manifests in her dayjob as a professional dancer. While in town, she helps to coach Shui Qing’s high school dance troupe, but incites jealousy among Shui Qing’s classmates as she shares an intimate dance with the male heartthrob of the class.

However, these “fun” moments in the daylight quickly give way to darker moments set at night. The film makes ample use of the contrast between daytime and nighttime to highlight the seediness of the underworld in lower-tier cities in China. While the first half of the film indexes heavily on daytime activities, the latter half of the film largely takes place under the cover of darkness.

Loan sharks and gangsters come after Qu Ting, who we later discover owes a considerable sum to a criminal enterprise. The film implies that the gangsters rape her in full view of Shui Qing to coerce payment, and Shui Qing ends up being dragged into the net of Qu Ting’s life.

The Old Town Girls offers little novelty in the Chinese neo-noir genre; however, the genre is so underdeveloped compared to action-packed blockbusters (Wolf Warrior, Operation Mekong, The Eight Hundred) that the existence of a high production value film itself is worth of praise. The characters have well-developed backstories and are three dimensional, the pacing is exciting enough to keep audiences on edge, and plot twists keep things from being too predictable. Excellent cinematography showcasing the “rougher” parts of life in China are an added bonus.

The Old Town Girls will not leave you fulfilled or satisfied, but the essence of a good neo-noir film is not a “feel-good” experience. Films like these are meant to be dark and depressing, and The Old Town Girls delivers on that promise. 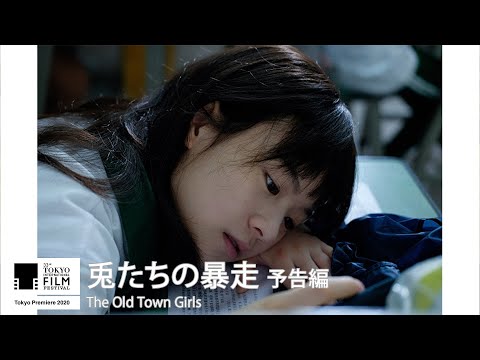