Pedro Almodóvar’s 2021 film “Parallel Mothers” broaches the buried traumas of Francoist Spain in an artistically laudable manner—but is that enough to have a political impact?

During the Spanish Civil War from 1936-1939, Nationalist authorities under Francisco Franco executed nearly 200,000 people, many buried in mass graves. While these events scarred Spanish society, they’re rarely depicted on film. This is thanks in part to a “Pact of Forgetting” that Spain’s political parties informally agreed upon, and then institutionalized with a 1977 amnesty law, after Franco’s death in 1975 and the nation’s subsequent transition to democracy. While Spain doesn’t bar or actively suppress media about Francoist abuses, this societal consensus of ignorance has created a chilling effect upon cinema and beyond.

Now, famed Spanish director Pedro Almodóvar has chosen not to forget. With Parallel Mothers, Almodóvar blends an examination of Francoist historical traumas with a story about motherhood. The film is artistically praiseworthy, though it is worth considering to what degree it’ll actually have a political impact, especially when compared to movies about historical memory from elsewhere in the world.

Parallel Mothers begins with a woman named Janis (played by Penelope Cruz) trying to convince a forensic anthropologist named Arturo to help exhume a mass grave that she believes her great-grandfather rests in. The film quickly provides some political context: thanks to the (real) actions of Spanish Prime Minister Mariano Rajoy’s conservative government, there’s no public funding for such exhumations; citizens like Janis must scrape together funding from alternative, private sources. Thus, Arturo cannot immediately fulfill Janis’ request. Instead, the two end up becoming lovers—which leads to Janis’ pregnancy.

We then see Janis in a maternity ward, where the film’s title concept truly comes to life. There, she gives birth at the same time as her 17 year-old roommate Ana. The two women forge a unique bond, as both bear daughters with absent fathers (Arturo, we learn, has a wife already). However, when Arturo re-enters Janis’ life and gives her doubts about her daughter’s parentage, Janis and Ana’s relationship takes a dramatic turn.

Stalwart Almodóvar fans will see the director’s fine craftsmanship continuing unabated through Parallel Mothers. The film does an admirable job of exploring female perspectives. It lays out many other sets of “parallel mothers” beyond Ana and Janis, which provides ample fodder for comparative contemplation and points at the unequal burden that women often bear when it comes to historical memory and trauma. Careful production design and meaningful motifs also abound—for instance usage of the color red, or the deployment of still photography as a way to help audiences consider the implications of remembrance.

Yet, if Parallel Mothers is Almodóvar’s “most political” film to date, to what extent might all this masterful artistry actually lead to political change?

Almodóvar has shared in interviews that he felt compelled to work on Parallel Mothers in part due to the rise of the far-right party Vox, which opposes many measures aimed at moving Spain beyond its “Pact of Forgetting.” Spain’s center-left government is also currently trying to pass a “Law of Democratic Memory”, which aims to reinterpret the 1977 amnesty law to allow for more concerted redresses of Francoist traumas, including public funding for mass grave exhumations.

However, despite Almodóvar’s global renown, even the center-left Spanish paper of record El País acknowledges that Parallel Mothers has made a much bigger splash in international festivals than in Spain itself. Within Spain, the film has not been a massive box office hit (though that may partially be due to coronavirus), received relatively lukewarm mainstream media attention, and wasn’t the top nomination-getter for 2022’s Goya Awards (Spain’s Oscars-equivalent).

Part of this tepid reception is likely due to the fact that Spain still remains silently but deeply divided about its Francoist past. Many (especially on the right) still prefer to maintain the “Pact of Forgetting,” and the pact also encourages apathy across Spain’s population towards historical issues. This is something Almodóvar himself acknowledges in interviews, and Janis directly complains to Ana about in Parallel Mothers.

Parallel Mothers’ artistry may also be a factor though. While not totally abstruse, the film isn’t exactly an entertaining blockbuster either. It may please film festival goers and literati, but its story, and the effort it has to take to blend the notions of motherhood and memory, require too much of a mental commitment for broader audiences to latch onto. And it’s these broader audiences that films eventually must reach in order to actually bring about meaningful political change.

One can contrast Parallel Mothers with the innumerable Korean dramas and movies that examine South Korea’s military dictatorship, for example A Taxi Driver or 1987: When the Day Comes. Both of those examples are action-packed, easy enough for even schoolchildren to follow, and not lacking for historical rigor. Such films help cultivate, and reflect, South Korea’s relatively more robust approach to historical memory and transitional justice.

Alas, Spain is not South Korea, and Almodóvar likely didn’t set out to make a blockbuster or even a “mainstream” film. Instead, Parallel Mothers might be more aptly compared to a precedent from another East Asian nation—Taiwan’s A City of Sadness. Directed by noted auteur Hou Hsiao-hsien, A City of Sadness was the first film to ever broach the trauma of Taiwan’s own nationalist dictatorship, but it did so in a rather muted manner, and certainly wasn’t a high-octane blockbuster. However, the film opened the door to more social discourse, and more mainstream productions, about transitional justice in Taiwan. Perhaps Parallel Mothers can play a similar role, even if just a bit. 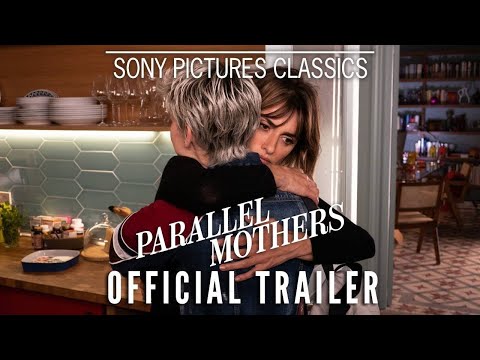