Based off a popular video game, horror film “Detention” is an important milestone in coming to terms with Taiwan’s authoritarian past.

If you’re interested in either games or Taiwan, you might know about Detention. Set in 1960s Taiwan under martial law, the survival horror video game released in 2017 to positive reception. Besides providing gripping gameplay, Detention helped many international critics and gamers learn about the White Terror—in which Taiwan’s ruling Kuomintang (KMT) Party imprisoned over 140,000 political opponents between 1947 and 1987.

Now, the game has an eponymous film adaptation. The Detention (返校) movie uses psychological horror to convey the White Terror’s traumatic impact, though less effectively than the game. Still, the film represents a significant milestone in Taiwan’s reckoning with its authoritarian past.

It’s 1962, and paranoia permeates Greenwood High School (an intriguing translation of 翠華中學). The KMT government is on high alert for anyone who might challenge their rule. Freedom of speech doesn’t exist; surveillance and censorship run rampant.  Welcome to the height of White Terror Taiwan, as told through Detention.

Against this societal backdrop, twelfth-grader Fang Ray-shin finds herself wandering the halls of Greenwood High. She stumbles upon a younger male classmate, Wei Chung-ting. They’re alone, it’s night, and demonic creatures begin emerging from the shadows.

As Fang and Wei flee through the labyrinthine school, they learn the creatures have something to do with a study group for banned books that the authorities recently busted. Uncovering how the study group got caught, the movie implies, might help them find the truth about these demons.

Detention’s story proceeds nonlinearly, and you could easily divide the movie into three parts. The beginning third feels like a standard survival horror movie, introducing monsters and laying it thick with jumpscares. Those who aren’t horror enthusiasts might find this first portion agonizing, because it’s not until the second part that Detention provides meaningful plot exposition. By this time, the most intense scares have subsided, and the film moves into slightly more realistic territory.

Then part three rolls around. Some horror tropes resurface, but only to support boldfaced musings about historical guilt and memory. If you’re watching Detention for the politics, speed through the beginning and focus on the end. If you’re watching it for the horror, do the opposite.

While this narrative structure can feel disorienting, you could argue the sense of psychological unease that results builds empathy for what it felt like to live during the White Terror. However, the video game medium still feels more effective towards this end. In Detention the game, players have to make active choices that result in meaningful consequences. Through these choices, they move along textbook stages of transitional justice. Players remember what wrongs occurred, assign guilt, and finally initiate a rebirth based on acknowledging that guilt. Detention the movie could’ve guided a character linearly along those stages, and created a more compelling story.

Despite these flaws, Detention remains one of Taiwan’s most important contemporary movies. Complex narrative structure aside, the film marks a milestone for Taiwanese society’s efforts in coming to terms with the White Terror. At a meta-level, Detention itself is a full-throated exercise in transitional justice, more so than maybe any other mainstream Taiwanese movie from the past three decades.

Detention boldly goes where no Taiwanese feature has gone before. It contains multiple torture and execution scenes; nooses and blood are constant motifs. The film directly calls out the Taiwan Garrison Command secret police as perpetrators, and its main human antagonist is Greenwood’s dyed-in-the-wool KMT military training officer. Even the monsters get political; they wear KMT military caps. The message couldn’t be more obvious. In Detention, the KMT authoritarian regime is the real source of horror, and the demons and villains its characters face are simply extensions of that regime. If that’s not enough, the movie’s climax offers a blunt pronouncement: don’t forget the past.

Taiwanese society seems responsive to that message. With NT$259 million in sales, Detention is the island’s highest-grossing domestic film so far this year. The movie garnered 12 nominations for 2019’s Golden Horse Awards (Taiwan’s Oscars), winning five. Most importantly, Detention is helping spark conversations around Taiwan’s authoritarian past. Just as Detention the game inspired more gamemakers to tackle the White Terror, perhaps Detention the movie may also signal that Taiwanese filmmakers are finally willing to address thorny political issues on the silver screen. 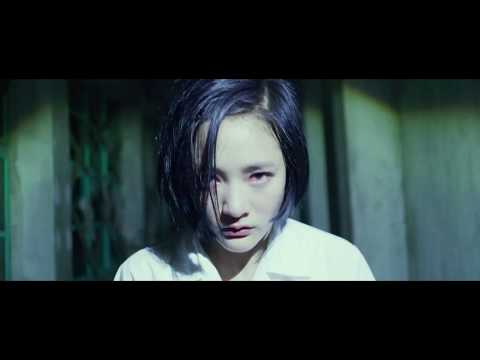