Review: “Prayers for the Stolen” Offers a Beautiful and Harrowing Look at Human Trafficking in Mexico

For Tatiana Huezo Sánchez, film is a political tool to expose injustice. Born in El Salvador and raised in Mexico, Huezo is an award-winning documentary filmmaker. Her first film, El Lugar Más Pequeño, provided a humanistic perspective to the Salvadoran Civil War and won more than 40 awards at festivals around the globe. Her second documentary, Tempestad, tells the story of two woman sucked into the world of human trafficking in Mexico.

With her first narrative feature, Prayers for the Stolen (or Noche de Fuego in Spanish), she once again shows how crime and human trafficking dominate the lives of women and girls in rural Mexico. The result is a film of naturalistic beauty and harrowing fear, which follows three girls who grow up in a small town, oppressed by the constant threat of violence.

Prayers for the Stolen centers around three young girls, Ana (played by Ana Cristina Ordóñez González), Maria (Blanca Itzel Pérez), and Paula (Camila Gaal), as they grow up in a rural Mexican village controlled by a drug cartel. The village’s women live in fear that their daughters may be taken away and try everything to protect them, from giving them boyish haircuts to practicing hiding drills. Growing up amidst this fear, the three girls come to rely on their friendship with one another, their only refuge in a dangerous world.

The dangers that the three girls face in Prayers for the Stolen is horrifyingly real. Human trafficking and sex trafficking in Mexico has been an issue for decades, but has only grown worse in recent years. Young women between ages 15 and 19 are frequently reported missing, coerced, or abducted into sex trafficking and pornography.

Sadly, the COVID-19 pandemic has exacerbated this issue. As millions of Mexicans have been pushed into poverty, vulnerable populations are increasingly at risk of falling victim of human trafficking. With governments desperately focused on addressing the pandemic, violence against women and human trafficking have both seen a rise in Mexico over the last few years.

This sense of vulnerability and insecurity is prevalent throughout Prayers for the Stolen. Families disappear during the night. Despite Ana’s aptitude for learning, her education is suffering, as it is too dangerous for school teachers to stay in her village. Immersed in fear, children internalize their feelings, reacting immediately and silently to any threats. They learn to stifle their fear and brace themselves for pain. Mothers learn how to numb their sense of helplessness and lie to their children.

Beautiful Images Amidst The Pain

Despite the omnipresent threat of violence, there are moments of beauty. The film is masterfully shot, with fantastic lighting and use of color. Huezo’s experience in documentary filmmaking is obvious. She is a patient filmmaker, allowing shots to linger, and knows how to capture aspects of Mexican life in a way that feels authentic. The first hour is almost entirely without score, adding to the film’s realism.

The performances also feel authentic. Mayra Batalla shines as Ana’s mother, Rita, who desperately tries to protect her daughter without succumbing to despair. The three child actors are fantastic, with Ordóñez González delivering an incredibly naturalistic performance as Ana. At times, the camera almost feels voyeuristic, capturing intimate moments between the three girls.

The film is a slow burn, sparse with dialogue, communicating with images rather than words. A recurring image of three trucks, driving in unison, feels innocuous at first glance, but soon becomes a symbol of violence and oppression. Violence against nature also becomes a metaphor for the violence against women. Helicopters dump poison into the forest, cows are burned by drug cartels, and the mountain is slowly but surely destroyed.

Powerful and tragic, Prayers for the Stolen is an impressive narrative debut from Tatiana Huezo. The film has achieved significant international attention, winning a Special Mention at the 2021 Cannes Film Festival and being selected as Mexico’s entry for the Best International Feature Film at the 94th Academy Awards.

Interestingly, the Spanish title, Noche de Fuego, translates to “Night of Fire,” hinting at a cataclysmic event in the climax of the film. As a title, Prayers for the Stolen is more emblematic of the film as a whole, speaking to both the ongoing situation in Mexico and the film’s tone, both mournful and resilient.

A scene in Ana’s classroom is one of the film’s most powerful moments. Displaying a craft she made for her class, she notes that her heart is “made of three rocks from a mountain.” It is a rich metaphor for her best friends, her sanctuary from the violence of the outside world. 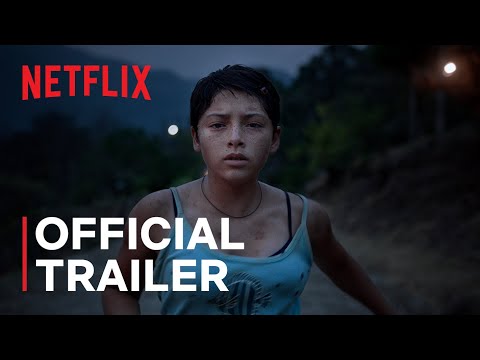 Stream Prayers for the Stolen on Netflix.

Review: "A Cop Movie" Is A Bizarre Mix of Truth and Fiction Centered Around Mexico's Police

Review: "A Cop Movie" Is A Bizarre Mix of Truth and Fiction Centered Around Mexico's Police