Mama Boy follows Xiao-hung, an awkward, 29-year-old virgin that works at a fish store managed by his cousin. Xiao-hung’s life is dominated by his overbearing mother, who is so possessive of her son that she attempts to set him up on dates and then calls him throughout the date for status updates. As a result, Xiao-hung becomes an overgrown child, having never dated or slept with a woman.

This changes when Xiao-hung’s cousin–who plays the role of a good-natured, if libidinous, big brother figure–takes Xiao-hung to a brothel in an effort to get him to lose his virginity. Howeer, Xiao-hung does not sleep with the sex worker that has been arranged with him, and instead falls for the woman who runs the establishment–an older woman around the same age as his mother, referred to by her staff and customers as Sister Lele.

Subsequently, Xiao-hung’s late-stage first love ensues, with Xiao-hung awkwardly courting Sister Lele during visits to the brothel. Lele herself is a lonely soul, a divorcee with a scam artist son around the same age as Xiao-hung who owes money to various gangsters.

Mama Boy seems to fall in a trend of recent  Taiwanese films focused on overbearing mothers, ranging from horror films such as this year’s Incantation to 2018’s LGBTQ comedy Dear Ex, or 2021’s diaspora drama American Girl. Perhaps the predominance of recent Taiwanese movies about mothers in some way may be indicative of prevailing social attitudes in Taiwan at present.

Ultimately, Xiao-hung seems to be looking for a surrogate mother figure, as well as lover, in Lele, while Lele seems to be looking for a surrogate son and lover. There are clear incestuous, specifically Oedipal, implications to this, but the film does not dwell on them too strongly. Perhaps one can position the film along the lines of other movies about relationships with significant age gaps that lead to introverted young men coming out of their shells, likeHarold and Maude. But Mama Boy focuses much more strongly on the relationship between mothers and their sons, and is focused on this aspect more than that of a relationship between an older woman and younger man or between a young man and a sex worker.

Instead, Xiao-hung’s relationship with his mother and Lele’s relationship with her son are set up as parallels. While Xiao-hung’s mother seeks to control every aspect of his life, Lele’s son Weijie has gone astray because his mother was not sufficiently involved in his life after his parents divorced. Xiao-hung is quiet, reserved, and exceedingly awkward; Weijie is effusive, outgoing, and a braggart.

This parallel–as well as the eventual clash between the two mothers and sons–is what drives the plot forward. For the most part, this is cleverly done, though the plot development of Xiao-hung’s relationship with Lele is perhaps too cliche.

Though Mama Boy gets by with cringe humor about Xiao-hung’s awkwardness, or his inability to talk about few topics outside of varieties of fish or how to care for fish, it manages to avoid being overly mean at the character’s expense. The film’s ultimate lesson seems to call for children to be independent of their parents, and for parents to also have their own lives, separate from their children. It is probably for the best that the film chooses to make Xiao-hung’s mother a character with understandable motivations of her own, rather than a cartoonish villain.

Though its plot suffers from derivative elements, the film is largely carried by its acting. Kai Ko does quite well conveying Xiao-hung’s awkwardness and, as Xiao-hung gradually comes out of his shell, he manages to achieve a natural and gradual transition. Vivian Hsu’s performance of Lele is competent, but perhaps her character is simply written as too two-dimensional, outside of cliches about attractive, lonely older women.

Although Lele’s son Weijie is, for the most part, an angry and violent character, relative newcomer Fandy Fan’s performance is a standout. Indeed, many of the film’s incidental characters manage quite well in their brief times on the camera, such as Taiwanese-Australian competitive go player and model Joanne Missingham’s turn as an eccentric fish store customer who seems to have a romantic interest in Xiao-hung.

Mama Boy manages well enough, and though it may not have a lasting place among recent Taiwanese films, it is at least the sum of its parts. Perhaps greater originality, apart from the premise, would make the movie stronger. 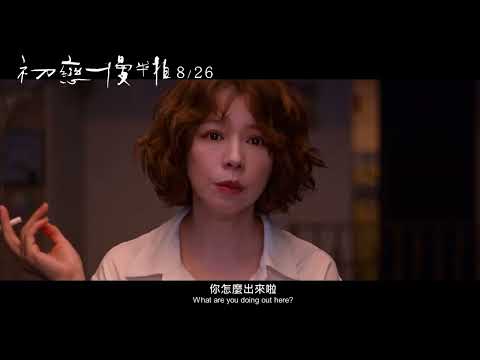