If you grew up with a tiger parent, or find yourself becoming one—this show is for you.

If you grew up in a family with high academic expectations, there’s a new Netflix series you have to watch: On Children (你的孩子不是你的孩子). Even if you didn’t, keep reading.

On Children feels a lot like Black Mirror… with tiger moms. It tells five heart-pounding stories in which dark technological or magical realist twists highlight the trauma associated with growing up in a high-pressure household.

Though not for the faint of heart, On Children is the most relatable Netflix show I’ve seen in a long time.

“They Belong Not To You”

Produced in collaboration with Taiwan’s Public Television Service, On Children is adapted from a Taiwanese novel titled 你的孩子不是你的孩子：被考試綁架的家庭故事 一位家教老師的見證. Roughly translated, that means “Your children are not your children: a tutor witnesses stories of families ‘kidnapped’ by exams.”

Interestingly enough, both the TV show and novel titles derive from a poem named “On Children” by Lebanese-American poet Khalil Gibran. The first stanza goes:

Your children are not your children.
They are the sons and daughters of Life’s longing for itself.
They come through you but not from you,
And though they are with you yet they belong not to you.

This poem appropriately captures the series’ thematic backbone. In each of On Children’s five episodes, a mother tries fighting against the notion that her child doesn’t truly “belong” to her. In most cases, such overly possessive and controlling parenting leads to tragedy.

Five Stories of Family Fun (Not)

The series begins with “Mother’s Remote,” which is like Click meets Battle Hymn of the Tiger Mother. After her son forges a report card, a mother buys a special remote to reverse time until he “learns his lesson.” With a strong helicopter parenting current, this episode evokes Black Mirror’s “Arkangel.”

Magical realist episode “Child of the Cat” follows, showing the struggles of a working-class mother and her disturbed son. If you like cats, this episode will be really hard to watch, because the son does some not-so-great things to them. However, it also offers the show’s most redemptive story.

Episode three, “The Last Day of Molly,” feels like Black Mirror’s “Be Right Back.” After her daughter Molly commits suicide, a mother uses experimental memory recall technology to re-live the experiences that led Molly to kill herself. This is the most emotionally intense and memorable episode.

“Peacock” returns to magical realism, showing how another working class family falls victim to a peacock who grants wishes—at a cost. It has a slightly livelier tone than the other episodes, though there are still dark moments.

The series concludes with “ADHD is Necessary”, which takes us to an antiseptic, Gattaca-esque dystopia in which children’s test scores determine housing assignments and other aspects of social status (which often isn’t so far from reality in East Asia). This represents On Children’s most ambitious narrative, with its compelling world-building and stunning set design. “ADHD is Necessary” competes with “The Last Day of Molly” as the series’ best episode.

Like Black Mirror, On Children doesn’t offer light fare. All but one episode contains some depiction of suicide, suicide attempts, or self-harm. Each episode lasts 90 minutes—which is a commitment, but an immensely rewarding one. The show’s high production quality, well-crafted cinematography, and imaginative storytelling set a new bar for Taiwanese television.

The Sorrows of Young Tiger Cubs

While some American critics have pooh-poohed the show for its darkness and “tonal inconsistency,” they probably got a gold star for every B+ they brought home instead of a beating. If your upbringing skewed more towards the latter experience, you will find the darkness and uneven mania in On Children extremely relatable.

The show’s main conflict is between children’s desires to pursue their dreams, and parents’ desires to ensure their children “succeed” in a hypercompetitive society. Though time-travelling remotes and talking peacocks obviously don’t exist in real life, On Children still surfaces this central conflict in highly authentic ways.

All the mothers in the show push their children towards academic and career success, trashing their kids’ wishes to be carpenters or writers in favor of futures in medicine, accountancy, or engineering. Anybody who grew up with an academically-inclined heritage—be it East Asian, South Asian, Jewish, or others—will find this intensely familiar.

There are also multiple scenes in which family members compare their children’s accomplishments (i.e. “X got into this college! Why can’t you be more like X?”), another standard part of growing up in a high-pressure household. The most darkly hilarious of these scenes occurs at the beginning of “Child of the Cat” where… let’s just say bodily functions aren’t an accomplishment that’ll impress your relatives. Though some critics might contend a scene like this feels tonally inconsistent, I argue that attacking darkness with off-kilter humor is effective, natural, and an authentic reaction to extreme stress.

Furthermore, the suicides and mental health issues that pervade On Children don’t feel particularly off base even for the US, where high school suicide clusters in certain academically inclined communities have sparked both CDC investigations and intense soul-searching. For audiences in more competitive societies like India, Japan, South Korea, and beyond, these depictions of youth suicide and academic pressure will hit home even harder. In fact, IMDB claims On Children became Netflix Japan’s most popular show upon release.

It’s refreshing to see a Netflix show tackle such issues head-on and, with the chill of Black Mirror, reflect them back at us in a way that inspires further thought.

It’s Hard Out Here for a Mom

Though it’s often hard to sympathize with On Children’s tiger moms, the show spends appreciable effort exploring their traumas as well. Every mother in the series has her own story to tell—whether of domestic violence, familial pressure, or their own crushed dreams.

For example, the mother in “The Last Day of Molly” earned a master’s degree from the US and gave up a career as a professor in order to raise a family. Unable to pursue her own aspirations, she imposes them upon her daughters, and resents her husband for being aloof to her sacrifice.

Such character development provides a chance to build intergenerational understanding, which gives On Children a depth that it would otherwise lack if it solely focused on children. Rather than appealing only to bitter kids from high-achieving households, the show also allows parents or parents-to-be to examine themselves in a figurative mirror. In an increasingly competitive society, even those who didn’t grow up with a tiger parent can appreciate that.

Home is Where the Children Aren’t

With such universal appeal, it might be easy to forget that On Children is from Taiwan—and authentically highlights key challenges facing contemporary Taiwanese society.

Many of the show’s characters go to schools that actually exist in Taiwan, notably Taipei First Girls’ High School and Taipei Municipal Jianguo High School, which are known for academic intensity and sometimes tragedy.

In “Child of the Cat’s” accomplishment comparison scene, one of the protagonist’s cousins announces he’s attending Peking University—prompting relatives to remark how studying in China is the best move for his future. This reflects Taiwan’s dire brain drain, in which educated youth now often move to China in search of better opportunities.

Ultimately though, the biggest drain upon Taiwan’s population is an extraordinarily low birthrate. Today, young Taiwanese aren’t keen on having children because of societal factors that On Children depicts.

Amidst stagnating wages, the cost of raising children in Taiwan is often prohibitive—just look at how many expensive cram schools the kids in On Children attend. Having children also requires mothers (like the one in “The Last Day of Molly”) to make huge career sacrifices. Traditional gender expectations exacerbate this problem, putting undue childcare burden on mothers. As a stark reflection of this reality, all but one of the fathers in On Children are either distant, unhelpful, or abusive.

Until recently, such socially conscious narratives weren’t common on Taiwanese television, which has a reputation for overly saccharine romantic dramas. Additionally, Taiwanese filmmakers often shy from depicting societal challenges for fear of damaging commercial prospects in China—whose government is all about promoting “positive energy.”

With global Netflix distribution, On Children paves a better path forward for Taiwan’s entertainment industry. Along with other titles like HBO Asia’s Teenage Psychic, On Children proves there’s a viable outlet for high quality entertainment that’s not watered down for Chinese authorities.

The social issues that On Children tackles aren’t exclusive to Taiwan—they are relevant to billions of people around the world. Other countries like Singapore, South Korea, and Japan are also experiencing low birthrates for reasons similar to those in Taiwan. Students in India, Thailand, and even New York City feel similar pressures to forge report cards and uphold the family name. Even Chinese millennials want more authentic, socially conscious stories that appeal to an increasing sense of hopelessness, regardless of their government’s perspective.

On Children is a powerful show for the same reason that Amy Chua’s Battle Hymn of the Tiger Mother became a worldwide sensation. Though dramatized, it expertly touches upon something raw and universal: the relationship between children and parents. As the show’s namesake poem declares, “your children are not your children.” Let that be food for thought as you watch. 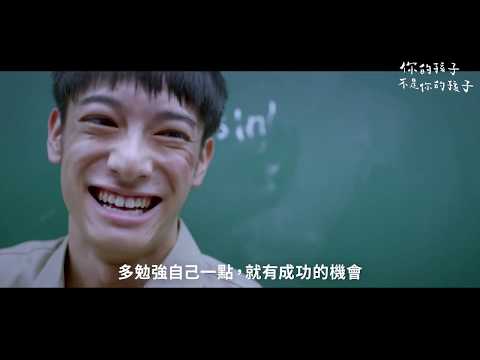 On Children is currently available for streaming on Netflix worldwide.