With “Island Nation,” Taiwan Finally Has A Political Drama

Generally, Taiwanese TV shows avoid politics. Even indirect references to Taiwan’s political status can get actors and directors blacklisted in China’s lucrative media market; profit motive begets self-censorship. This is not the case with Island Nation.

As Taiwan’s first political drama, Island Nation premiered last month to strong viewership on local streaming platform friDay. While the show may not have the production budget and dramatic panache of a Hollywood hit like House of Cards, Island Nation offers a refreshingly educational take on Taiwan’s transition to democracy, and sets a new bar for what’s possible in Taiwanese entertainment.

Appreciating Island Nation requires some background on Taiwan’s modern history. In 1949, the Nationalist Party lost the Chinese Civil War and retreated to Taiwan, cementing the island’s political separation from China proper. From then until 1987, the Nationalists imposed authoritarian rule upon Taiwan in the White Terror, during which they executed, arrested, or disappeared tens of thousands of Taiwanese. In 1988, Lee Teng-hui became President of Taiwan. For the next 12 years, he oversaw the island’s full democratization and transition away from authoritarianism.

Island Nation dramatizes Taiwan’s democratization between 1990 and 1994. It draws upon real events and figures, but applies a veneer of fiction. At the outset, the show’s two main clashing characters are reformist President Li Qing-bo and his conservative Premier Chu Chang-qing—thinly disguised versions of Lee Teng-hui and Hau Pei-tsun, respectively. Beyond Li and Chu, the show spends much of its time on the perspectives of six younger characters.

The first two of these six are Presidential bodyguard Shen Jian-yu and VIP lounge manager May Xu Zhi-ling, who together explore a subplot around White Terror legacies. Adding more conservative and unificationist viewpoints are Chu Si-jiang (Premier Chu’s only daughter) and her boyfriend (and the Premier’s adviser) Zhang You-cheng. Dogged reporter Lin Yi-jun (played by Chen Yuu from The World Between Us) and independent photographer Jiang Zhi-wei round off this list of six, representing Taiwan’s budding journalism landscape and fraternizing with pro-independence figures—including a character inspired by future Taiwanese President Chen Shui-bian.

Viewers wishing for a deep look at Taiwanese modern history will feel even more excited at Island Nation’s settings. Despite a US$2.5M budget (paltry compared with American or Korean shows) and some CGI hiccups, the show depicts some prime historical locations. Reporter Lin and photographer Jiang hang out at a fictionalized version of A-Cai’s Shop, a popular haunt for pro-democracy figures in Taipei. Bodyguard Shen and lounge manager May eventually end up at the Liuzhangli Cemetery, a burial place for many White Terror victims. Island Nation also received unprecedented permission to film at Taiwan’s Presidential Office and Legislative Yuan buildings, lending the show a degree of gravitas that’s rare in Taiwanese media.

In some sense, Island Nation feels almost too balanced and grounded. Viewers who don’t know much about Taiwan might find Island Nation more like a docu-drama you’d watch in class than a pure drama you’d watch on Netflix while wearing pajamas. A diverse cast representing different viewpoints promotes historical rigor, but sacrifices character development and dramatic tension.

Many successful political dramas have a strong central character—Frank Underwood in House of Cards, Josiah Bartlet in The West Wing, or Jang Tae-joon in Korea’s Chief of Staff. Audiences can focus their emotional investment on that character, and receive a larger dramatic payoff—instead of many unsatisfyingly small payoffs diffused across multiple characters. In Island Nation, President Li feels like a watered-down version of Josiah Bartlet, noble to the point that he cedes screen time and dramatic potential to other characters.

Even with these issues, Island Nation remains one of the most compelling series in Taiwanese entertainment history thus far. The show is orders of magnitude more entertaining and thoughtful than the brainless romance or triad dramas that many associate with Taiwan. Most importantly, it’s a rare instance of a Taiwanese show that has potential for meaningful social impact.

According to executive producer Sylvia Feng, Island Nation has garnered over 4 million viewers since its premiere on January 20, 2020—impressive given Taiwan only has 23.8 million people.

“At first, we assumed people who’d lived through the early 90’s would be much more interested,”  said Feng. “However, 80% of our viewers are actually young people between the ages of 20-40.”

Feng surmises that Island Nation’s premiere on an internet platform might’ve helped skew audiences young. She also acknowledges that the show rides atop a broader trend towards local Taiwanese identity that’s especially strong among young people. Taiwanese under 40 heavily favor the island’s independence from China, and were at the forefront of 2014’s pro-local identity Sunflower Student Movement.

“Island Nation, alongside other [more locally focused] examples like On Happiness Road and The World Between Us, are the inevitable consequence of the ‘Taiwanization’ wave that started in the 90’s,” said Feng, who also helped produce On Happiness Road and headed Taiwan’s Public Television Service until 2010.

While there’s growing hunger for locally focused content in Taiwan, it’s not yet enough to overcome pressures from China.

According to Feng, Island Nation had difficulty attracting investors, cast, and crew. Institutions and individuals would often express enthusiasm for the show, but not follow through. When Chinese government mouthpiece the Global Times published a verbal attack on Island Nation in October 2019, the resulting political hubbub impacted the show’s search for a distributor, even within Taiwan.

“Taiwanese society is too fragmented, and our government isn’t bold enough. Many Taiwanese still chase Chinese money, and are willing to sacrifice their values and self-censor,” said Feng. “We’re not like South Korea—where their sense of nationhood is so strong that they can [romanticize politics in dramas like] Crash Landing On You.”

Despite these challenges, Island Nation’s producers look forward to producing future seasons. The show might not be printing cash, but it sets a new bar in helping Taiwanese people realize that TV shows can provide more than just entertainment.

“I see many young viewers on our Facebook fan page saying how Island Nation helped them understand how challenging Taiwan’s democratization was,” said Feng. “Many fans are Googling information to better interpret events [depicted] on the show. Maybe afterwards they’ll appreciate the results of Taiwan’s democratization more. Freedom of speech, direct presidential elections—those didn’t fall from the sky.”

“After all,” said Feng, “a country that doesn’t understand its own history won’t have a real future.” 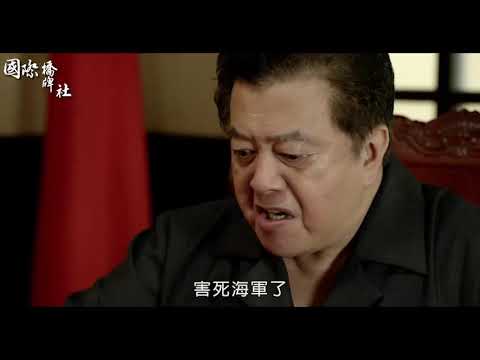