The year 1976 will evoke a variety of events depending on where you’re from—the death of Mao Zedong in China, or the election of Jimmy Carter in the United States. In Chile, 1976 falls squarely into the reign of right-wing military dictator Augusto Pinochet. However, it’s not 1973 when Pinochet infamously came to power in a US-backed coup, nor 1988 when Chile held a plebiscite (famously encapsulated in the movie No) that led to Pinochet’s ouster in 1990. 1976 was a “normal” year during the Pinochet regime, of course as “normal” as life with forced disappearances and dissidents getting thrown out of helicopters can be.

Chilean film 1976, rebranded as Chile 1976 for North American distribution, explores whether life under Pinochet—or any authoritarian regime—was really that “normal” after all. The movie avoids macro-level political machinations and instead deploys an art house ambience to depict how politics seep into the life of an upper class woman named Carmen, who’s wintering at her family’s beach house.

Chile 1976 doesn’t provide much context about the Pinochet regime. If you didn’t know the film was from Chile, you could easily mistake its setting for some other Cold War military dictatorship. The abuses of Pinochet’s government are never directly shown either; they only come in oblique, but highly poignant forms. For instance, the film’s first scene depicts Carmen ordering paint, only to hear shouting and gunshots in the distance. By the time she peers out to check what’s happening, the commotion has subsided, and the only evidence of what transpired comes in a pair of abandoned shoes left under Carmen’s car.

The film’s inciting incident feels almost forgettable too. After arriving at her beach house with the aforementioned paint, Carmen gets accosted by her local priest, who’s harboring a young man with a bullet wound to the thigh. “He’s just a common criminal,” the priest assures Carmen—a lie, of course. Carmen sees through the lie, but decides to treat the man anyway.

We learn Carmen wanted to be a doctor when younger, but had to settle for marrying one—whose high-powered position in a Santiago hospital means her family now hobnobs with the regime elite. Her subsequent visits to the injured man melt into the background of quotidian family obligations like dinner parties, remodeling guidance, and childcare. A non-art-house audience would likely fall asleep as Carmen meanders herself into active contact with the young man’s leftist comrades.

It’s at this point that Chile 1976 starts to shine. Carmen never fires an AK-47 or screams allegiance to Karl Marx, but she starts taking risks. Those risks awaken an aura of paranoia, which oozes through the mise-en-scène like olive oil dampening a sandwich wrapper. The film’s muted colors begin to feel oppressive; winding roads through coastal boreal forest at dusk evoke a sense of foreboding—impeding curfews, hidden police checkpoints, thinly disguised surveillance tails. More than anything, director Martelli deploys chilling sound design to convey Carmen’s mental state, moving from relative silence to a constant drone as the walls of Pinochet’s regime close in, invisible yet palpable.

You can Google for political context about Chile under Pinochet. But you can’t Google for what it might’ve felt like to live in that era—that’s what Chile 1976 achieves. The film may not have the most robust character development, nor does it possess dramatic flair. But through its art house sensibilities and its emphasis on the quotidian, Chile 1976 at least resurrects the vibe of authoritarianism. Chile 1976 shows how oppression need not be active nor visible, for its most pernicious varieties whisper rent-free in people’s heads, plaguing them perhaps until they’re disappeared. 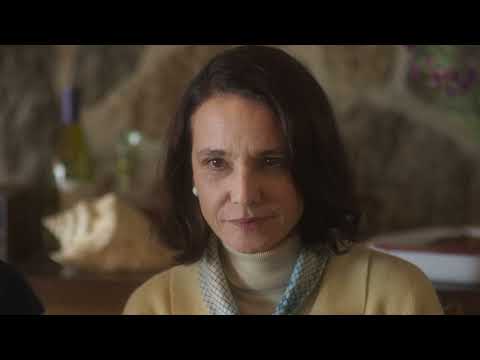 Review: "El Perro Que No Calla" Is A Slow-Moving Drama That Just Misses the Mark

Review: "El Perro Que No Calla" Is A Slow-Moving Drama That Just Misses the Mark