Set in Brazil during an ambiguous time period, the film follows Cristovam, an indigenous Black man from the rural North who lives in an Austrian community in southern Brazil, a colonial legacy that is surprisingly common today. Cristovam works in a European-owned milk factory, which shut down the dairy farm where he had previously worked for decades. As a minority in his own country, he constantly faces isolation and xenophobia. After discovering objects in an abandoned house, he begins to connect to his indigenous roots.

As the only Latin American film under the Cannes 2020 Official Selection Label, Memory House has begun to receive recognition in the filmmaking world. However, with any hint of story seemingly buried beneath a mosaic of vague metaphors, many viewers may find Memory House to be obscure and unfulfilling.

The film’s disorienting nature comes from both the lack of straightforward narrative and a surrealistic cinematic style. Maria uses dramatic imagery, vibrant colors, and odd staging throughout the film. Many shots feature the main character in the center of frame with his back to the camera or partially obscured by a blurry object up front. We see extreme close-ups and dark shots where the action is hidden. These unconventional shots disorient the viewer.

A sense of dread pervades the film. This partially occurs through bizarre sound editing, which is one area where the film succeeds. The sounds are exquisite. We hear doors creak, crickets sing, the wind whistle, and footsteps grate along the floor in precise detail. However, at times, there are sounds that don’t seem to belong, adding to the sense of unease. We hear drums, drones, cries, high-pitched whirring and pulsing of machinery, and even indigenous music at one point. This is one of the film’s most compelling elements, yet there is little narrative payoff.

This dread also comes from the lack of action, like suspense without release. Maria frequently employs long takes, yet these often feel void of meaning. With very little dialogue and little action, the film is a slow burn. There are maybe 20 minutes of dialogue in the whole 93-minute film. Despite the minimal action, the few moments of movement seem random and unexpected. The protagonist makes confusing choices that are not explained, supernatural events occur without context, and many scenes do not seem to influence the general story. If there is metaphor embedded in these empty moments, it is deeply hidden.

Social Issues Through A Surreal Lens

Brazil’s social and racial tensions are complicated and far-reaching, partly due to Brazil’s long history of discrimination towards BIPOC inhabitants. Brazil received nearly half of all slaves shipped to the Americas and was the last Western country to abolish slavery, leaving an oppressive legacy that continues to this day.

Memory House explains very little of Brazil’s social and racial tension to the viewer. Therefore, viewers must already have a deep knowledge of Brazilian social issues and folklore to understand the film’s message.

For instance: some of the film’s images feel powerful, yet their deeper meaning must be inferred. The futuristic outfits of the milk factory create a sharp contrast when juxtaposed with the rustic antiquity of Cristovam’s village, showing the stark harshness of colonial corporatism. We see Cristovam enduring daily prejudices in the form of wage cuts, verbal abuse, and destruction of property, a reality that many BIPOC Brazilians face.

A powerful scene features Austrian farmers at the dairy farm trying to kill an old cow, yet the gun keeps failing. As the workers curse in German each time the gun fails, it is easy to think of a similarly powerful scene from Schindler’s List, relating discrimination against Indigenous Brazilians to genocide. Whether or not this comparison was intentional, it carries a chilling resonance, especially given how genocidal actions have historically followed encounters between colonizers and indigenous people across the globe. Still, as the gun fails, we can believe that there is hope for indigenous cultures to survive, both in Brazil and around the world.

A Failure to Deliver

While seemingly rich with metaphor and beautiful images, Memory House’s obscure imagery and slow-paced storytelling may prevent viewers from fully appreciating its messages. The film is haunting in its absurdity and its refusal to use any sort of straightforward narrative.

Memory House feels like somebody took the last ten minutes of 2001: A Space Odyssey, transported it to a dairy farm in Brazil, and stretched it out for 93 minutes. With superb cinematography and sound editing, along with a knack for creating dread and unease, Maria could be an excellent horror director. However, with virtually no narrative focus, Memory House loses steam quickly. Ultimately, this feels like a work of lost potential. 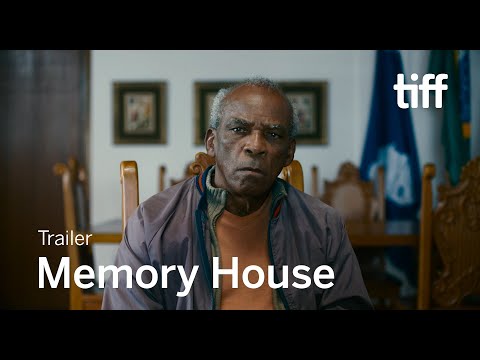