With its story about an outcast family, “Mountain Woman” explores humanity’s darkness against a beautiful backdrop of Japan’s countryside.

Mountain Woman, directed by Takeshi Fukunaga, is a gripping tale about an outcast family in premodern rural Japan. After a series of unsuccessful harvests, the family gets ostracized by their small farming community, supposedly due to a crime committed by their great-grandfather. They must carry out the village’s dirty work, and receive fewer rice rations.

Rin, the family’s daughter, is Mountain Woman’s main protagonist. She has few friends apart from village courier Taizo, and her younger brother Shokichi. To make matters worse, her father, the family patriarch Ihei, treats her and her siblings harshly. After Rin gets accused of theft, the village decides that she will become a sacrificial offering to the gods. Before this can take place though, Rin flees into the forest. There, she encounters the mysterious Mountain Man, who becomes her mentor.

Japanese cinema fans may recognize hints of Kinoshita Keisuke’s The Ballad of Narayama in Mountain Woman’s depiction of a rural farming community. The Ballad of Narayama famously depicts the practice of ubasute, which involves leaving the elderly to starve in the wilderness when a community lacks food. While it doesn’t directly depict sacrificing elders, Mountain Woman features a similar phenomenon of characters abandoning babies due to resource constraints, and altogether leans more heavily into rural human cruelty than Narayama.

Mountain Woman also contains elements of class not present in Narayama, namely by making its protagonists a condemned, outcast family. Mountain Woman feels like a version of Narayama retold from the perspective of a family of rice thieves that are executed early on in the latter movie. Perhaps Mountain Woman aims to evoke sociopolitical tensions that persist in rural Japan even to this day.

Still, Mountain Woman is not a full-throated political screed. Instead, the movie has a minimalist plot and primarily relies on atmosphere to carry viewers over. The film has beautiful cinematography, with many exquisite scenes of mountains, forest, and fields—even if the villagers live desperate and dirty lives, the environs they inhabit are a feast for the eyes, with undertones of animism and the supernatural. This bucolic setting creates a useful contrast with the brutality that the film’s characters both experience and perpetrate.

Skillful acting complements this beautiful setting. Yamada Anna offers a standout performance as Rin, conveying the character’s rage at society with depth and deftness, especially in scenes that highlight the cruel treatment of women in farming communities. Nagase Masatoshi’s acting as Ihei also deserves praise. Even if he depicts a less three-dimensional character than Yamada’s Rin, Nagase’s performance as Ihei seems to suggest that he has internalized his character’s cruelty.

While the movie’s ending has the whiff of deus ex machina, it is still satisfactory in terms of culminating character arcs. Overall, Mountain Woman is a film with many strengths, and it provides an understated yet powerful look at human cruelty and desperation within a rural Japanese village. 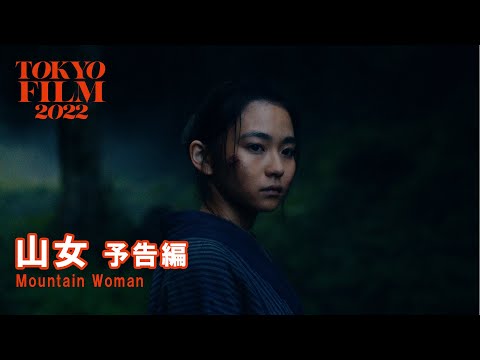