Starring Suzuki Ryohei and Miyazawa Hio, “Egoist” avoids mawkishness in its exploration of a gay relationship in contemporary Japan.

Daishi Matsunaga’s Egoist is a well-told tale of gay love in Japan. The film follows the relationship between Kosuke, a successful magazine editor, and Ryuta, his youthful gym trainer.

As it transpires, Ryuta initially hesitates to commit to Kosuke because he performs sex work in addition to his gym training job. Kosuke eventually persuades Ryuta to begin a relationship, but there remains an undercurrent of financial disparity. As a high school dropout with an aging mother, Ryuta is beset by financial difficulties—so Kosuke gives him money at regular intervals, and later even buys a car for him. .

Egoist largely proves a character study of Kosuke, with Suzuki Ryohei giving a strong performance. As the film goes on, it increasingly relies on moments in which Kosuke is the only character present in a scene. In such scenes, Suzuki does a good job emoting Kosuke’s complex emotions with just facial expressions—one scene where Kosuke struggles to fix his eyebrows under the weight of his emotions is especially memorable. Miyazawa Hio’s performance as the fresh-faced and youthful Ryuta is also capable, but his character is simply not as fleshed-out as Kosuke.

Much of the movie deals with the new couple navigating their relationship around Ryuta’s mother. In this sense, Egoist evokes Ang Lee’s Wedding Banquet–particularly regarding Kosuke’s successful career. The movie takes on a more tragic tone as the plot develops, however, given Ryuta’s economic circumstances. This primarily occurs through the  juxtaposition of Kosuke’s luxurious life with Ryuta’s struggles.An unexpected plot twist then launches Egoist into its third act, which—without spoiling too much—proves especially distinct from other films about gay couples navigating an unaccepting society, and subverts the conventions of trite romance.

A brisk pace also helps Egoist avoid getting dragged down with maudlin sentimentality. We see this pace set from the film’s very first moment, which features one of Kosuke’s photoshoots rapidly proceeding. The various tonal registers that the movie evokes through brief set pieces feel similarly accomplished. Scenes of Kosuke hanging out with other gay friends, usually while sharing a meal in an izakaya over drinks, or sometimes drunkenly stumbling home, are one example. A montage featuring Kosuke singing karaoke alone in his apartment is also effective, as is the rapid camera zoom-out during a scene when Ryuta learns that his mother has been hospitalized.

In spite of some flaws and shortcomings, Egoist is a movie that tackles a necessary topic at a time in which LGBTQ rights in Japan are at the fore of public discourse, given recent actions by municipalities and courts. The film is a mature work that has a firm grasp of the story it wants to tell, and tells that story capably. 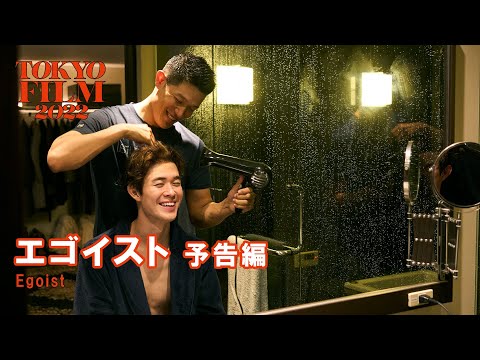