Review: “They Say Nothing Stays The Same” Tackles Westernization In Meiji-era Japan

Japanese director Joe Odagiri’s debut “They Say Nothing Stays the Same” has stunning vistas, but the film’s forays into genre muddle the point.

A ferryman (Emoto Akira) in a remote village stares out at the water. His eyes are calm, his face deeply wrinkled. He is surrounded by tall mountains and flowing water—an ideal of rural life that cinematographer Christopher Doyle (of Chungking Express and In The Mood For Love) lovingly renders. The ferryman, whose name is Toichi, lives on an island separate from the rest of the world, but news trickles in from his passengers—there is a bridge being built that will connect the village to the city.

There is also a tale of a horrific murder up the river, with a lone survivor. Soon after, a girl dressed in brilliant reds (Kawashima Ririka) washes up, her memory fuzzy. Toichi takes her into his care. They Say Nothing Stays The Same tells a tale of changes both personal and societal, with sensitive performances and beautiful shots of the Japanese wilderness. However, its overstuffed plot and simplistic morality leave the film in shallow waters.

The Meiji era was a tumultuous time in Japan, spurred by a desire to avoid European colonization. Realizing that Western warships and armaments far outclassed their own technology, Japan industrialized, shifting from feudalism to market capitalism.

They Say Nothing Stays The Same follows the myriad changes and encroaching modernization of the Meiji era from the perspective of a ferryman whose lifestyle is becoming obsolete. Threading alongside is the mystery of the quiet girl named Fu who washed up in the river, as well as the tale of a ghost who knows an uncanny amount about Toichi’s life.

These subplots are where the film shows its seams. The rest of the movie maintains a naturalistic look, with people dressed in Meiji period wear. However, the ghost looks strikingly different, dressed in Gothic Lolita. They Say Nothing Stays The Same has already drawn a contrast between the people of the village, who wear traditional Japanese clothing, and the bridge workers, who sport Western attire. The ghost being dressed in such a drastically different style jars the viewer out of the Western vs. Japanese dichotomy established earlier, muddying the waters—doubly so, because the ghost’s Gothic Lolita attire does not seem to have any wider thematic significance. Director Joe Odagiri has a penchant for “grungy, gothic styles,” but the ghost’s costuming seems self-indulgent.

The film’s editing style shifts across ghost scenes, nightmare scenes, and some scenes with Fu, abandoning its spare, slow cinematography for frantic cuts and slanted, off-kilter shots. They Say Nothing Stays The Same seems to intend two oppositional styles of film—natural realism, and avant-garde thriller. When we cut from Toichi peacefully waiting for rowing passengers to Toichi seeing the ghost before having a nightmare, the entire style of the film changes.

However, the effect is too blatant and drastic to be effectively linked, thus diminishing both styles rather than having them elevate each other. Furthermore, the ghost doesn’t connect enough with the other parts of the story to feel like it’s building up to any particular theme. Its connection to the wider plot comes as a one-liner in a dream sequence near the end, and afterwards, is not mentioned again. This has the effect of making it seem like the ghost and shifts in style are there to provide drama, rather than build upon the movie’s themes.

The film also stumbles in its simplistic outlook on the impacts of modernization. It portrays everyone involved in the building of the bridge as boorish, callous, and cruel. There is no ambiguity in the bridge’s architects, engineers, and workers—they are all dressed in Western-style clothes, and, contrasting with the honorable villagers, act uniformly crass.

In one scene, a group of bridge workers board the boat and begin talking about last night’s sexual conquests, mocking Toichi’s sexual inexperience and celebrating the impending fall of his business. In another, a bridge architect screams at Toichi to hurry the boat up while muttering about how he can’t wait for the bridge to be built, finally forcing Toichi to scramble for coins that he tossed on the boat’s floor. This uniform depiction renders the bridge workers as cartoonishly evil, which shrinks the moral and thematic depth of the film. There are moments of the film that strive to deliver a sense of spiritualism and sorrow, but without realistically rendered villains, it falls into triteness.

Despite these narrative missteps, They Say Nothing Stays The Same hits every other note. Doyle portrays an Edenic Japan—the shots of Toichi’s boat slowly moving along the river are mesmerizing, and the stillness and grandness of the mountains surrounding Toichi’s small shack emphasize the harmony that he lives in with nature. The score by Armenian jazz pianist Tigran Hamasyan is no slouch either, beautifully accompanying the shots on screen with piano, whistles, chants, and hums. One track in particular, “Into the Forest”, is a standout, amplifying the esoteric spiritualism of its paired scene. Both visually and aurally, the film commands the viewer’s attention.

The acting also is stellar. Emoto Akira lends Toichi an air of melancholic dignity, his weathered face and pained smiles telling via action what the script fails in words. Nagase Masatoshi’s noble and conflicted hunter, Nihei, is also compelling. In interviews, Joe Odagiri says that he kept a light hand on the actors, preferring to give them no acting direction and to have them trust their own instincts. This paired well with the prickly Emoto, enabling the veteran actor to deliver sincere and touching performances. The younger actors, Murakami Nijirou and Kawashima Ririka, are serviceable in their roles as a local village hothead and a mysterious amnesiac girl— though they pale in comparison to Emoto’s Toichi.

Ultimately, They Say Nothing Stays The Same is a beautiful but simplistic meditation on a dying way of life. The occasional shifts into ghost-story drama feel overwritten, and the Westernized bridge workers feel too much like cartoon villains to bring real weight and poignancy to Toichi and the village’s disappearing lifestyle. Still, cinematographer Christopher Doyle brings the rivers of rural Japan to life, and Emoto Akira embodies the quietly suffering Toichi. While the film mourns that modernization can’t be put back in the bottle—economic efficiency cares little for the lives it upends in its wake—it has trouble communicating the depth of its pathos. 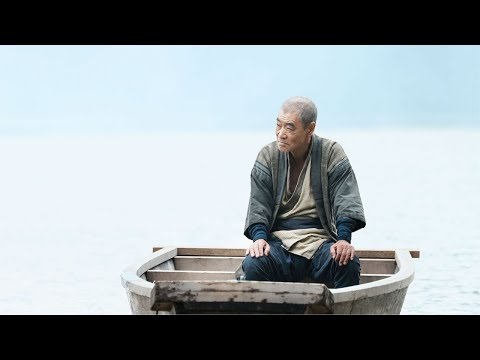 They Say Nothing Stays the Same screened at the 2020 New York Asian Film Festival.