In her heartfelt debut film “My Identity,” which screens at Japan Cuts 2020, Sae Suzuki explores being misunderstood in a Taiwanese-Japanese immigrant coming-of-age story.

Sae Suzuki’s debut film My Identity wraps a heartfelt coming-of-age story in the anxiety of social illegibility. Suzuki’s characters grapple with being misunderstood by their peers, loved ones, co-workers, and society. From a disconnect in native language to gendered expectations in the workplace, the movie’s leads must choose to confront how they are misunderstood or run from these judgments. In the process, My Identity subtly alludes to the complex history of Taiwanese in Japan as the backdrop for its immigrant coming-of-age anxiety.

My Identity follows Rei, a young Taiwanese-Japanese schoolgirl who is bullied for being an immigrant at school and beaten at home by her arguing Taiwanese mother and Japanese father. After a particularly bad spat, Rei runs away from home with a Japanese businesswoman named Aoi, who also feels misunderstood and alone. What results is a sincere and turbulent take on coming-of-age that is as raw and, at times, as lost as its central protagonist.

Rei is a 1.5-generation immigrant, meaning she immigrated to Japan from Taiwan at a young enough age that she had been socialized in both cultures. For example, Rei is most comfortable communicating in Japanese, and not her mother’s native languages of Mandarin Chinese and Hokkien Taiwanese. Throughout the film, we get glimpses of her mother’s Mandarin and Hokkien in Rei’s home life in Japan and flashbacks to Rei’s childhood in Taiwan. However, Rei’s fluency in Mandarin is limited mainly to listening comprehension, and her Hokkien is piecemeal.

As a result, Rei wrestles with being illegible to both her Japanese classmates and her Taiwanese mother. While Rei’s classmates mock her for writing in Chinese, her mother lashes out and blames her for a difficult life of living in Japan and learning Japanese. Rei feels lost everywhere and must come to terms with who she is. This fractured Taiwanese-Japanese identity reflects a deeper history of Taiwan and Japan. Similar to how activists in the 1970s argued that “we are here because you were there” in highlighting immigration to the UK from its former colonies,  Rei’s Taiwanese immigrant angst is impossible to disconnect from a history of imperial wars and Japanese occupation of Taiwan.

Japan gained control over Taiwan in 1895 following the end of the First Sino-Japanese War. The island was a strategic vantage point for Japanese expansion into Southeast Asia as well as a valuable addition to a growing Japanese empire. This fifty-year occupation was just one amongst several waves of colonial occupation of Taiwan, but it remains one of the most influential. In order to fulfill the role as “a springboard for Japan’s ‘southward advance’ (nanshin) into southern China and Southeast Asia,” Japan needed to industrialize Taiwan’s economy and align Taiwanese sympathies with Japanese imperial aims. The ensuing economic, political, and social overhaul of Taiwan led to waves of migration between Taiwan and Japan and lasting architectural and political change.

During the colonial period, Taiwanese schools began instruction on Japanese language and culture to better assimilate Taiwanese to Japanese society and national interests. Under the direction of civilian affairs head Goto Shinpei, Japan “modernized” Taiwan’s banking systems, public health programs, and government. For Taiwanese who could afford it, an education in Japan became a path of social mobility. This fell in line with Japanese wishes for a class of Japan-educated Taiwanese to serve as local elites in a colonial hierarchy.

However, while Taiwanese rebellions against Japanese occupation reflected opposition to Japan, contemporary Taiwanese often have a more sympathetic view of Japanese occupation. In the final two decades of Japan’s occupation, Japan invested heavily in a Japanization project to transform Taiwan into an extension of Japan. A ban on Chinese-language publications, a greater emphasis on social stability, and the return of Japan-educated Taiwanese intellectuals facilitated cultural exchange. These factors, in combination with Japan’s replacement in 1945 by another external government that violently subjugated Taiwanese, softened Taiwanese views on their former colonial occupier.

In Japan, Taiwanese and their descendants that were educated in Japan during the colonial period were often “proud of being ‘Japanese’ and despised Chinese from the mainland.” However, some Taiwanese in Japan report an immigrant “in-between” identity where they are treated as foreigners in both islands. This immigrant cultural identity “embodies [both] the legacy of Japanese colonialism and Chinese nationalism” and involves cultural markers and political identifiers such as the continued celebration of Taiwanese ceremonies and cuisine or a disidentification with mainland China. This lingering history of Japanese occupation of Taiwan and Taiwanese migration to Japan appear within the architecture and spiritual themes of My Identity.

One of the major landmarks in My Identity is the Taiwanese Taoist temple of Seitenkyū in Sakado, Saitama, Japan. Built by a Taiwanese merchant-turned-priest named Kang Guodian (康國典), Seitenkyū is the largest Taoist temple in Japan. This Taiwanese-Japanese temple becomes a stand-in for Rei’s own hybridity.

Construction of the temple began in 1980, thirty-six years following the turnover of Taiwan from Japan to the Republic of China. Saitama locals were initially resistant to the construction, seeing it as an invasion of a foreign religion. However, after much negotiation, Seitenkyū was finally completed and opened to the public in 1995, a century after Japan first took control of Taiwan. Since its creation, Seitenkyū is now a tourist destination and a result of the cultural contact of Taiwan and Japan.

For Rei, Seitenkyū is the site of her spiritual guidance. There, she introduces Aoi to Taoist jiaobei, or divination stones, and returns to the temple periodically through the film in moments of personal conflict. But while she takes comfort in the temple’s connection to her Taiwanese spirituality, it is also a site of danger.

A Japanese temple volunteer and scholar of Taiwan identifies her as the Taiwanese runaway on the news, and each return trip to the temple serves as another opportunity for him to reveal her dark secret. Despite that, she continually returns to the temple for guidance on what she ought to do and who she ought to be. Rei’s repeated return to Seitenkyū mirrors her struggle to find her identity and beautifully connects the film’s internal and external conflicts.

But Rei’s Taiwanese heritage is just one of many instances of social illegibility in My Identity. The film tackles gendered, linguistic, romantic, and sexual illegibility and ties them together through the main thread of Rei’s angst as an immigrant minority. The film’s breadth of examples of social illegibility within its short 63-minute runtime at times leave characters with unresolved arcs. However, while it sometimes struggles to elegantly juggle its multiple thematic threads, My Identity poignantly captures a slice of immigrant anxieties of feeling out of place.

As is so often the case with immigrant narratives, Rei’s identity struggles as a Taiwanese-Japanese do not exist in a vacuum. They are products of longer international histories of war and colonization. In her journey towards understanding herself, Rei learns to speak her native language again and hopes someone will understand. 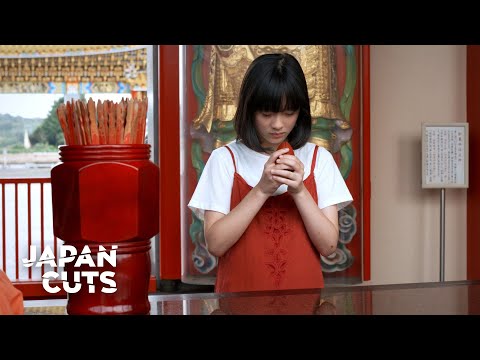 My Identity is screening at Japan Cuts 2020, which runs virtually between July 17-30, 2020. Tickets to stream films online (for US audiences) are available for purchase starting July 10, 2020 on the Japan Cuts website.