Review: With “The Ambush”, the UAE Tries Buying A Hollywood War Movie

They say money can’t buy happiness. But that isn’t stopping the United Arab Emirates from trying to buy everything else—artificial islands, ski resorts in the desert and, with The Ambush (Al Kameen), a bona fide military-entertainment complex.

The Ambush reeks of Hollywood war movies in both substance and style. The film centers on a unit of Emirati soldiers serving in Yemen, who must rescue comrades that get ambushed in a valley by Houthi rebels wielding AK-47s and RPGs. If that sounds a whole lot like Black Hawk Down to you, you’re not alone; The Ambush goes full throttle on the “leave no man behind” trope of Hollywood-Pentagon collaborationist fame.

American military equipment features heavily in The Ambush as well, which is quite authentic given the UAE has purchased billions in weapons from the US in real life. Besides a brief cameo from a South African Seeker UAV, the film trots out a slick parade of ever-more-expensive American hardware: first M4 carbines, then MRAPs, next an AH-64 Apache, and finally an F-16.

This broad array of equipment only appears because the film’s protagonists demonstrate an ability to implement combined arms tactics, something that many non-US countries either struggle with or simply don’t have the resources for. In terms of human interactions, the film shows a degree of rapport and decision-making autonomy across senior officers, junior officers, NCOs, and enlisted men that feels aligned with NATO standards, and defies stereotypes around Arab militaries being hierarchical to an abusive degree. If the movie’s characters weren’t speaking Arabic, you could easily mistaken them for a unit of American soldiers in Iraq or Afghanistan.

In this sense, The Ambush offers a fitting mirror of the UAE’s actual national defense strategy: throw money at Western hardware and talent, and hope the corresponding capabilities follow. Western observers often regard the UAE military as one of the Arab world’s most competent, partially due to their successful emulation of Western tactics; former US Marine General and Secretary of Defense James Mattis once praised the UAE as “Little Sparta”. In fact, the UAE is infamous for paying Western military leaders—including Mattis himself—to become not only advisers, but also full-on commanders. This is literally what happened with The Ambush’s filmmaking talent. Pierre Morel, who helmed Taken, is The Ambush’s director, and its writers are a pair of Americans who’ve worked on blockbusters like Furious 7.

Alas, maybe there are some things money can’t buy after all. The Ambush differs from the best Hollywood war movies in one important respect: it’s rather banal when it comes to narrative and character development. The film feels like it’s checking off boxes that a screenwriting coach would suggest. For example, its first few scenes try to “save the cat” and build empathy with the protagonists by showing them as “regular ‘ol people”—playing soccer, working out, and calling pregnant wives. However, none of the characters are particularly distinctive; there is no Maverick or Private Ryan that viewers can rally behind as a narrative center of gravity. This is a movie where you’re supposed to focus on explosions, not names or human struggles.

On that note, The Ambush also glosses over the broader geopolitical context of its story. The Saudi-Emirati intervention in Yemen has turned into a continuing quagmire, and the UAE officially withdrew from Yemen in 2019 with just about as much glory as the US exit from Iraq in 2011. Yet, The Ambush contains little reflection upon the Yemen War’s impacts on Emirati society, and trivializes the war’s humanitarian implications with a quick scene of Emirati soldiers dropping off aid with local Yemenis.

This is not surprising at all, as the UAE government financed the movie. Drumming up nationalist fervor, not soul searching, was The Ambush’s intent. And in that sense, the movie was quite successful. The Ambush has become one of the highest-grossing Emirati films ever, with domestic audiences giving it rave reviews; those who study the UAE’s increasing geopolitical clout ought to take note. Yet, for international war movie buffs, The Ambush is best analogized to the UAE’s F-16s. It’s something you’d enjoy watching, but not the main attraction compared to America’s latest productions—say, some F-35s stuck in political limbo. 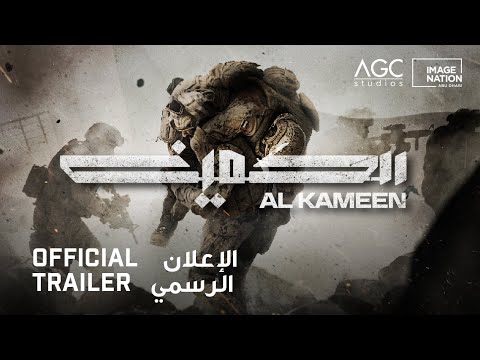 The Ambush is now available on streaming platforms and Blu-ray for North American audiences.