Discover the top Pinoy movies of 2022 across genres like horror, romance, action, art house, and more. 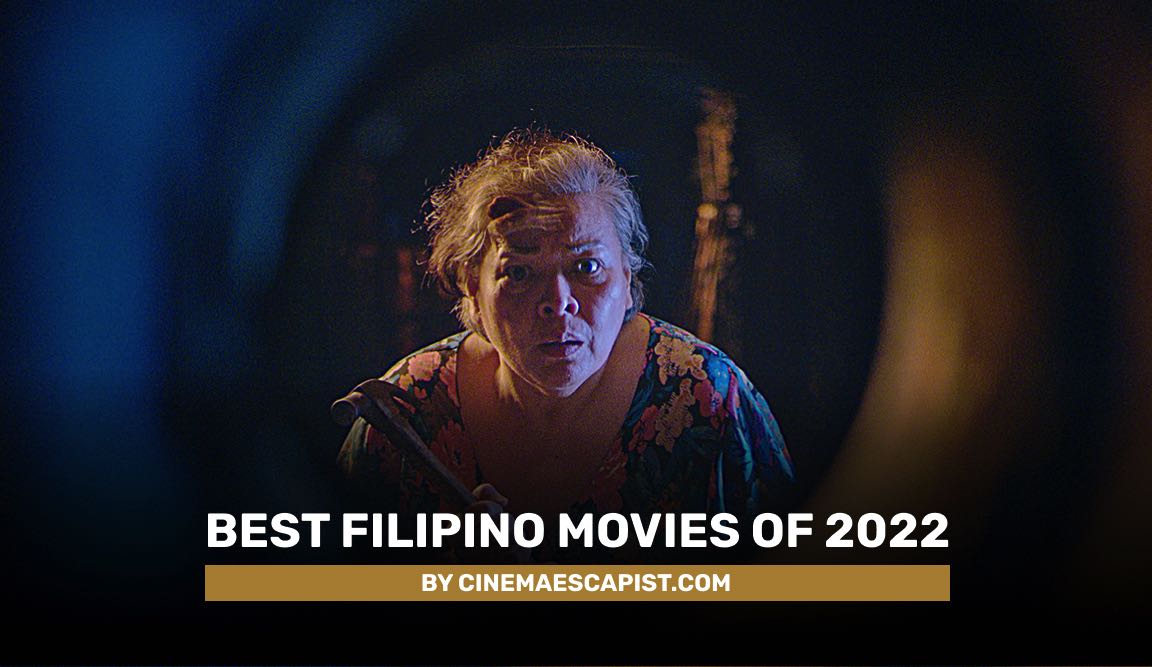 After two years of COVID, Filipino cinema regained some sense of normalcy in 2022, with festivals and theatrical releases occurring in person without restrictions.

So what were the Best Filipino Movies of 2022?

Cinema Escapist has crafted this list of 10 top Pinoy movies from 2022 to make your viewing decisions easier. We’ve chosen both indie and blockbuster movies across genres like horror, romance, historical, comedy, and more. Our list also leans more towards movies that are not just entertaining, but also artistically distinctive or touch on some important socio-political issues.

Family Matters is a heartfelt drama that explores the complex intergenerational relationships of a Filipino family. At the center of this family are patriarch Francisco (Noel Trinidad) and matriarch Eleanor (Liza Lorena). When one of their daughters flies off to the United States in pursuit of romance, their three other remaining adult children must step in to take care of the aging couple and sort out family affairs.

The film’s ensemble cast give excellent performances, with even minor facial expressions and banter helping highlight their characters’ insecurities and tensions. While Family Matters leans on sentimentality, it never gets too overwrought and injects humor at strategic points to keep its tone balanced. 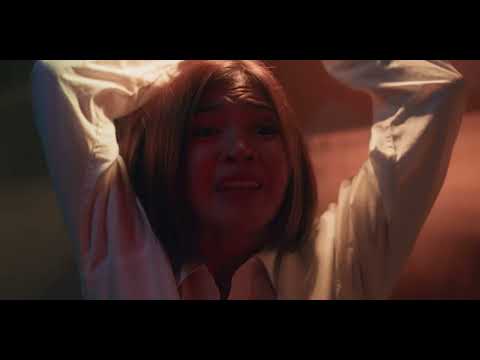 If you’re looking for a suspense-filled thriller with more mature themes, consider A Silent Night (Nanahimik ang Gabi). This movie follows Me-ann (played by Heaven Peralejo), who’s a sugar baby for a corrupt police officer she calls Chiefly (Ian Veneracion). When the two decide to spend a romantic weekend together in a secluded villa, tensions in their uneven relationship begin to surface—and the appearance of a mysterious stranger named Soliman takes the couple’s getaway in a frightening direction. With chilling cinematography, action scenes, and compelling acting (especially from Peralejo, who shows off her range), A Silent Night offers a dark exploration of power dynamics that will keep audiences at the edge of their seats. 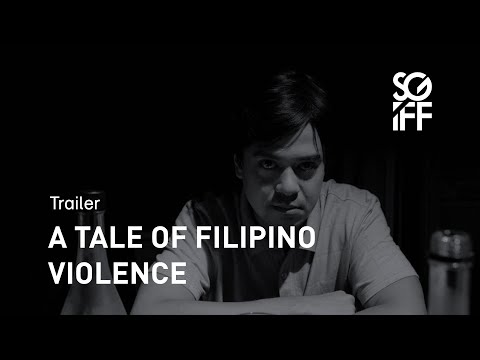 Lav Diaz is perhaps the Philippine’s most renowned art house filmmaker today, known for making exceptionally long movies with sociopolitical themes. In 2022 Diaz came out with A Tale of Filipino Violence (Isang Salaysay ng Karahasang Pilipino), a 7 hour long epic set in 1974 that explores how the heir to a feudal estate must choose between helping his workers versus cooperating with the Ferdinand Marcos regime under martial law. The film is based on a short story from noted writer and Marcos-era dissident Ricky Lee; it explores greed, social disorder, and the impacts of generational trauma on Filipino society.

While A Tale of Filipino Violence’s long running time and black-and-white imagery might not be for everyone, we feel it’s worth highlighting given the accession of Bongbong Marcos (Ferdinand Marcos Sr.’s son, for international readers who might not be familiar) to the Philippine presidency during 2022. Whether you support Marcos or not, A Tale of Filipino Violence is worth reflecting upon as a cinematic embodiment of the Philippine national psyche. 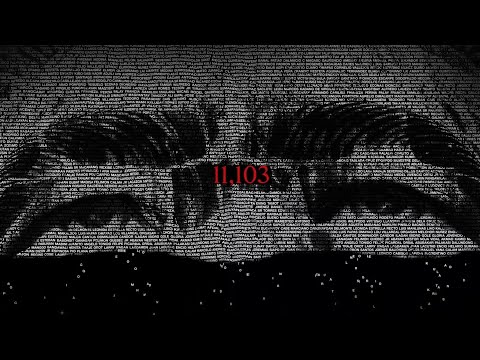 Given the year’s political landscape, another martial law related film has made it onto our list of 2022’s top Filipino movies—the documentary 11,103. The film derives its name from the number of victims who have received official compensation for human rights violations during the Marcos period, and features a litany of interviews with those who survived those abuses, blended with hand-drawn animations.

Unlike many other martial law related media, 11,103 chooses to focus on atrocities that happened outside of Manila, and actively seeks to engage with broad contemporary audiences. The documentary’s producers intentionally chose to distribute the film through free community screenings across the Philippines and abroad, in order to spark critical dialog with viewers. While the documentary is primarily intended for a Filipino audience, we hope that it receives more online international distribution so global viewers can also learn more about Filipino history. 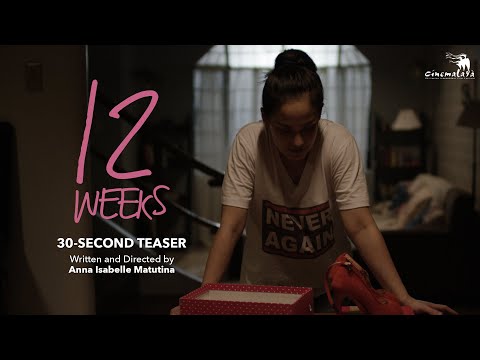 12 Weeks offers a complex and highly personal exploration of a woman’s struggles in patriarchal Filipino society. The film centers on Alice, a humanitarian worker in her 40s who’s dealing with the lasting trauma of the ISIS insurgency in Mindanao. After ending a toxic relationship, Alice discovers that she’s pregnant. While her first thought is to terminate the pregnancy, Alice’s decision gets complicated by pressures from those around her—her ex, her mother, her female friends, and so forth.

Director Anna Isabella Matutina conceptualized 12 Weeks as she was turning forty herself, and imbues the movie with a sense of individual struggle, as Alice gets constantly tested in subtle yet important ways with every action. Max Eigenmann further brings Alice to life, embodying her with poise despite the trying circumstances the character exists within. 12 Weeks was another one of the 2022 Cinemalaya Philippine Independent Film Festival’s strong entrants, and its narrative helps challenge Filipino cinema to tell braver stories.

5. When the Waves are Gone (Kapag Wala Nang Mga Alon) 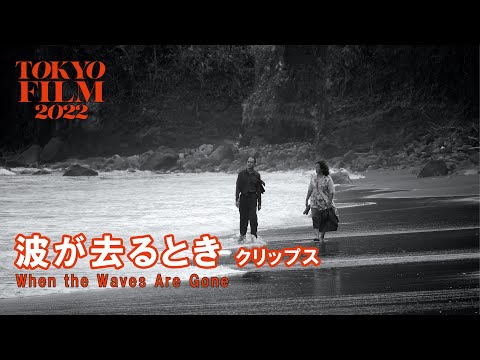 Lav Diaz actually released two films in 2022, and both have made it onto this list. Clocking in at a relatively short (for Diaz movies, that is) 3 hours and 7 minutes, When the Waves are Gone (Kapag Wala Nang Mga Alon) features a police officer named Hermes Papauran who’s plagued with moral angst from his work on anti-drug campaigns. After developing a skin condition and taking a leave of absence, Papauran must face a former protege who’s out for revenge.

Bleak and full of torment, When the Waves are Gone offers a beautifully haunting meditation on the Philippine Drug War and touches on classic Diaz themes regarding lingering trauma across time. The film screened at the Venice International Film Festival and numerous other prestigious international venues throughout 2022, and continued Diaz’s status as one of the Philippine’s top art house auteurs. 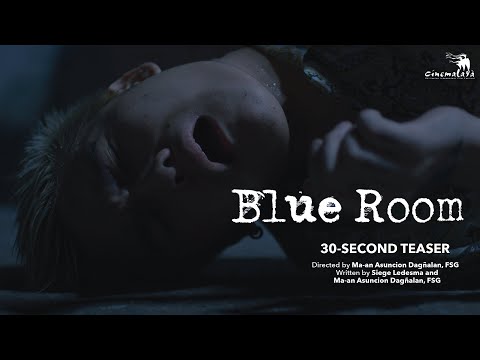 Blue Room is another notable 2022 Filipino independent film. The movie centers on a group of privileged teens who play in an indie rock band called Rebel Rebel. After playing at a prestigious music festival, the band members get arrested for drug possession. However, instead of getting sent to a regular jail, they’re dispatched to the “Blue Room”—a special detention facility where they can bribe their way out. The band members must decide whether to exploit their privilege, or hold true to their otherwise woke politics.

With original musical compositions and appropriately claustrophobic cinematography, Blue Room is worth praise on an artistic front. The film’s explorations of inequality are also notable and frighteningly realistic; for instance, there’s a direct reference to a scandal in which police in Manila’s Tondo district constructed a secret jail cell and held prisoners for ransom. It’s no surprise then that Blue Room won numerous awards at 2022’s Cinemalaya Philippine Independent Film Festival, including Best Director for Ma-an L. Asuncion-Dagñalan. 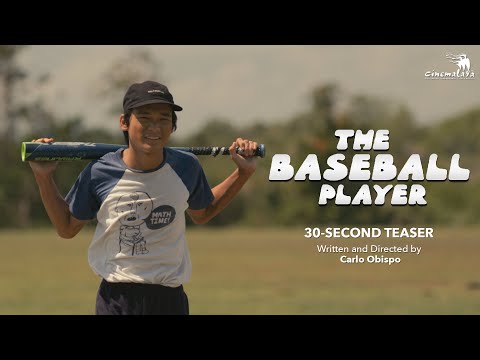 Cinemalaya 2022’s biggest winner was actually The Baseball Player, which earned awards for Best Film, Actor, Screenplay, and Editing. With its story about a 17 year-old orphaned child soldier who aspires to be a baseball player, the film offers a human exploration of the still-ongoing Moro Conflict in the southern Philippines. 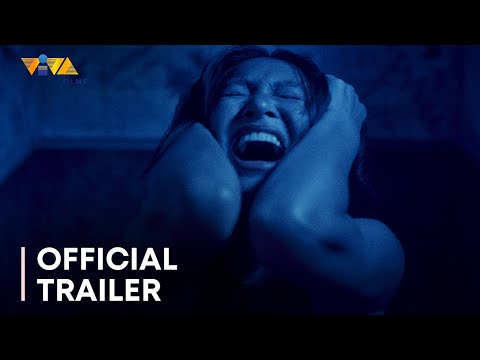 When objectionable content gets posted to the world’s top social media networks, oftentimes an  outsourced content moderator in the Philippines eventually reviews and removes it. Content moderators with repeated exposure to such content—suicides, pornography, terrorist acts—may suffer from lasting mental scars.

Deleter turns this premise into a horror movie, with actress Nadine Lustre playing a content moderator whose life begins spinning out of control after she witnesses the suicide of a colleague. While we wish the movie delved deeper into the broader social implications of the Philippines’ outsized global role in content moderation, Deleter at least offers an approachable imagining of the traumas that the business practice creates. Nadine Lustre’s performance makes Deleter especially compelling in this regard; she manages to balance a collected exterior with massive internal turmoil to convey her characters’ angst. 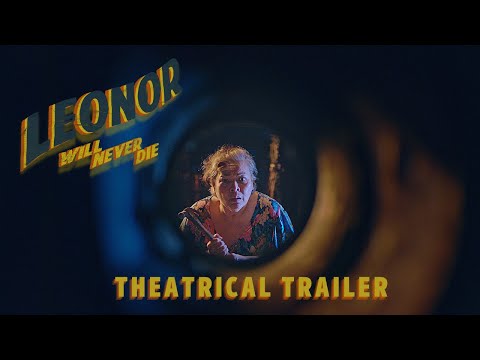 Our choice for the #1 Filipino movie of 2022 is Leonor Will Never Die (Ang Pagbabalik ng Kwago). This film is the best of many worlds: artistically innovative, entertaining, yet also full of thought-provoking insight into the human condition. It’s a bit like a Filipino cousin to Hollywood’s Everything Everywhere All at Once.

Leonor Will Never Die focuses on a woman named Leonor Reyes, who’s long past her prime as a screenwriter for campy 1980’s Pinoy action movies. When a falling television set suddenly knocks her into a coma, Leonor gets transported into the magical realist world of one of her unfinished screenplays, where she gets a chance to workshop the script of her own life.

“Trippy” is one way to describe Leonor Will Never Die’s cinematic style—the movie jumps between aspect ratios, toggles between different color saturations, and overall remixes the aesthetics of classic Pinoy action flicks in a way that’s both familiar and fresh. Bombastic fights and musical numbers make the movie even more entertaining and approachable.

Leonor also touches upon some deeper themes in a way that doesn’t feel overwrought. For example, the surreal world of Leonor’s coma recreates the climate of the contemporary Philippine Drug War, and Leonor’s interactions in the world reflect how she deals with loss—whether of loved ones, of creative passions, or of one’s agency over life.

Want more Filipino movies? Check out our lists for the best Pinoy movies of 2021 and 2020!