While growing up as a Taiwanese-American teenager, I heard many rumors about this legendary program called “Love Boat,” in which Taiwan’s government would subsidize a hookup-filled tour around the island.

Alas, I never applied—but now I can discover what I missed out on through Love Boat: Taiwan, which recently premiered in Los Angeles and will screen in San Francisco on May 17, 2019 at CAAMFest 2019. Made by a Love Boat alum, the documentary offers approachable insights into the complexities of both Asian diaspora and Taiwanese identities.

In 1967, Taiwan’s government established the “Overseas Compatriot Youth Formosa Study Tour to Taiwan.” In this program, college-aged ethnically Chinese diaspora youth (predominantly from the US and Canada) got a multi-week subsidized trip around Taiwan, ostensibly to learn about Chinese language and culture.

At the time, Taiwan was ruled by an authoritarian Nationalist regime, which still lay claim to all of mainland China even after losing to the Communists in 1949 (and fleeing to Taiwan as a result). Thus, the tour also had an ulterior motive: cultivating support for the Nationalist cause among Chinese diaspora.

As Love Boat: Taiwan reveals, things didn’t exactly go according to the Nationalists’ plans. The tour became a hotbed for partying and hookups, acquiring the nickname “Love Boat” among Chinese and Taiwanese-American youth.

Consequently, the tour became increasingly popular—kids looking for a good time would vie for spots, while parents saw Love Boat as a great opportunity to ensure their children would find ethnically Chinese spouses.

At its peak in the 1990s, Love Boat had 1,200 participants per summer. Although political shifts brought Love Boat to an effective end by 2014, the program generated tens of thousands of alums, including prominent figures like Leehom Wang and Eddie Huang.

All Aboard the Love Boat

Love Boat: Taiwan director Valerie Soe is one of those alums. After attending Love Boat in the 1980s, Soe couldn’t forget about the experience—and wanted to explore it more deeply by making a documentary. However, Soe didn’t want that documentary to only be a “yearbook” for her and other alums.

“I was hoping that people who didn’t go on the trip could also relate [to the documentary]—and not even just Asian people, but anybody who’s had some kind of cultural awakening,” said Soe.

On this front, Soe’s intent seems to have come through, at least for Asian diaspora. While Love Boat: Taiwan certainly celebrates the study tour’s hijinks, it hooks rather well into broader contemporary discussions around Asian diaspora identity. The documentary includes numerous interviewees who grew up in places—like the US Midwest, or even Belgium—where there were very few Asians, and explores how Love Boat helped them come to terms with their heritage.

“It’s an interesting time to make this kind of movie,” said Soe, who also happens to be a Professor of Asian-American Studies at San Francisco State University. “With the internet and people going online to watch their favorite K-pop or Jay Chou videos, there’s more consciousness about Asian culture than 10 years ago, and certainly more than in the 90’s.”

“When I was on [Love Boat] in the 80’s, they didn’t even use the word ‘Taiwanese’—it was all ‘Chinese.’ The KMT [Nationalist Party] was all about reunification,” said Soe.

As Love Boat: Taiwan shows though, instead of cultivating support for the Nationalists’ “we rule all of China” perspective, “Love Boat” seems to have helped many participants become supporters of Taiwan’s continued de facto independence, in line with socio-political shifts on the island. For instance, the documentary features US Congresswoman Judy Chu, a Love Boat alum who is now a huge advocate for Taiwan’s existence as a democracy.

Soe herself is an example of this phenomenon.

“I’m not Taiwanese, my family has never lived in Taiwan, but my mom’s family was very active in the KMT in China a long time ago,” said Soe. “However, [because of Love Boat], I’m conditioned to think positively about Taiwan. It’s associated with happy memories I had when I was in college—good food, romance, dancing, partying.”

In fact, the process of making Love Boat: Taiwan further endeared Soe to the island. She shot parts of the documentary in Taiwan with a young local crew, who helped Soe appreciate the island’s vibrant political culture. As a result, Soe feels that part of Love Boat: Taiwan’s mission is also to help broader audiences learn about Taiwan.

“It’d be nice if, [as a result of the documentary], people understood what’s going on in Taiwan, so they don’t think it’s Thailand or a part of China,” said Soe. “I think Taiwan’s a really great place—as an independent state, it’s done a lot. If that gets swallowed up by China, it’d be sad to see.”

Love Boat: Taiwan touches upon all those complex issues, using the study tour as an approachable method for learning how they manifest for real people. The documentary does an admirable job of providing just the right amount of background information, helping situate the interviewees’ stories in a timely exploration of personal and political identities.

In this sense, even though the original Love Boat program no longer exists, Love Boat: Taiwan carries its torch forward not only in memory, but also in spirit. 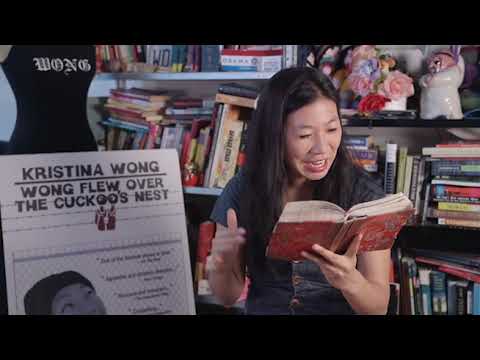