Now on Netflix, Spain’s “Victim Number 8” is a conspiracy thriller with pro-tolerance undertones.

Victim Number 8 centers around the plight of Omar, a young man of Moroccan descent living in Bilbao. Omar’s life gets turned upside down when he’s kidnapped by mysterious figures and framed for an apparent vehicle-ramming jihadi attack in Bilbao’s old town. Unfortunately, nobody believes Omar’s innocence except his Basque girlfriend Edurne and his mother Adila. To help Omar, Edurne teams up with a disgraced journalist named Juan, and begins to uncover a deeper conspiracy involving a wealthy businessman and Spain’s intelligence services.

At least for its first three episodes, Victim Number 8 doesn’t venture too far outside established conspiracy thriller narrative formulae. Its protagonists “don’t know who to trust,” and Juan’s “washed up journalist” character feels pretty similar to his Anglophone counterparts in conspiracy-tinged works like State of Play and Secret City. The series rather quickly reveals the broad outlines of its conspiracy to viewers, shifting the primary focus to exploring how Edurne and Juan will uncover underlying details. Those who’ve watched many conspiracy thrillers will probably find Victim Number 8’s plot and character development acceptable, if not exceptionally memorable.

While Victim Number 8 might not contain as much purely artistic innovation, it offers a distinct stance against nativist sentiments that have gripped Europe over the past few years. This is somewhat surprising, given nativists usually have been at the vanguard of crafting today’s conspiracy-tinged narratives. As the show reveals pretty early on, the antagonists in Victim Number 8 are white Spaniards who exploit the public’s fears of Muslims to advance their selfish ends. Meanwhile, protagonists like Edurne and Omar must combat this cynical fanning of xenophobic flames, fighting for tolerance as much as they are fighting for truth.

The show doesn’t shy from depicting xenophobic sentiments. One rather interesting linguistic example is how certain characters use los moros (“the Moors”) to refer to individuals of North African descent. As someone with very limited Spanish language knowledge, I hadn’t heard the term since learning about the Reconquista and Spain’s time under Muslim rule before 1492. Apparently the term has taken on pejorative connotations lately, and hints at how legacies from the Reconquista have resurfaced among both nativist and Islamic extremists.

However, the show counters these moments with displays of tolerance and togetherness. Edurne and Omar’s relationship is one clear vector for this, but there are other smaller, arguably more powerful moments too. For example, Omar’s mother Adila is the caretaker for an old white Spanish woman named Maria. When the Maria’s adult children try firing Adila after hearing news about Omar’s supposed terrorism, Maria refuses and later shares a heartfelt anecdote about how Adila’s kindness washed away her previously racist views. Perhaps the show’s creators drew from reality here too—in the aftermath of the 2017 Barcelona attacks, many people across the city rallied together against Islamophobia.

A Fine Day in Basque Country

By centering its plot around Bilbao, Victim Number 8 touches upon another dimension of European identity politics—regionalism. Bilbao is the largest city in the Basque Country, an autonomous region of Spain with a history of separatism. Up until several years ago, Spaniards would’ve more likely seen “Bilbao” and “terrorist attack” together in a headline thanks to the Basque separatist group ETA, not jihadists.

The fact that Victim Number 8 can focus on jihadi terrorism without so much as mentioning ETA hints at changes in Spain’s political landscape. Today, Catalonia poses Spain’s most troublesome secessionist challenge, not Basque Country. By granting Basque Country increased fiscal and political autonomy, Spain’s central government blunted ETA’s momentum, causing them to dissolve in May 2018.

Here Victim Number 8 provides another subtle push against divisiveness, arguably presenting an image of “unity in diversity” for not just Muslims in Spain, but also Basques in Spain. Many of the show’s characters have distinctively Basque names (like Edurne), but they still speak Castilian Spanish and operate within Spain’s broader political system without trouble (at least for the first three episodes we’ve reviewed). With Scotland, Catalonia, and even Northern Italy getting increasingly restive, Victim Number 8’s low-key approach of acknowledging regional diversity, yet situating it firmly within a national context, bucks the populist trend.

As nativism, regionalism, and other “isms” plague Spain, Europe, and beyond, Victim Number 8 offers some solid pushback in a generally entertaining format. The show may not offer much new in terms of narrative construction or creating fast-paced suspense, but it shines in raising nuanced questions about various notions of identity that are part of contemporary European—and global—discourse. That’s not something every show streaming on Netflix can claim. 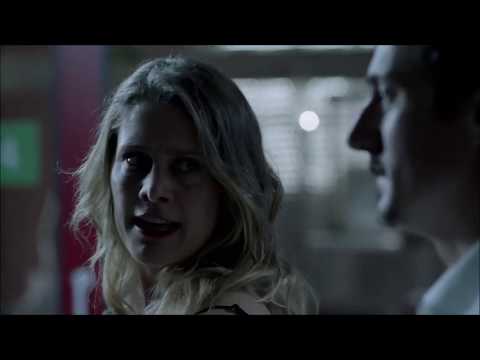