Review: “A Copy of My Mind” is Joko Anwar’s Love Letter to Jakarta

Shot in a very loose, naturalistic, and intimate style not unlike a documentary, "A Copy of My Mind" shows vignettes of life in Indonesia's capital city.

A Copy of My Mind, released in 2015, is director Joko Anwar’s personal love letter to Jakarta. It is filmed in and around the crowded, noisy streets and back alleys of the Indonesian capital and employs a naturalistic, guerrilla filmmaking style to capture what everyday life is like for the 10 million inhabitants of the sprawling megalopolis. Starring frequent Joko Anwar collaborator Tara Basro, A Copy of My Mind is loose, impressionistic, and very much about the mise-en-scène.

A Moment in Time

A Copy of My Mind‘s plot is skeletal, following a young woman named Sari (Tara Basro) as she tries to live her best life in Jakarta. The third act takes a sharp turn involving a political corruption scandal and a kidnapping, but it seems almost perfunctory, like the movie is searching for some kind of structure out of a sense of narrative obligation. Prior to this however, for most of the film’s running time A Copy of My Mind is happy to just exist, steeped in the world of Jakarta’s working class. And those parts of the film really capture a moment in time in the lifespan of an incredibly complex city.

Sari works as a massage therapist. The early portions of the film are filled with everyday symbols of her life in Jakarta – living in a cramped housing bloc with communal facilities called a kost; subsisting on nightly meals of Indomie, Indonesia’s ubiquitous instant noodle brand; and darting across the street while Blue Bird taxis honk at you. She spends her leisure time after work watching bootleg DVDs in her room, which is how she meets her love interest Alek (Chicco Jerikho), a DVD bootlegger.

Eventually, she tries to make the jump to a high-end spa catering to wealthy clients in upper-class South Jakarta. As in the recent film Perempuan Tanah Jahanam, Joko Anwar uses Indonesia’s linguistic complexity to delve into class and social issues bubbling under the surface. When Sari is interviewed by the manager at the spa, he uses the South Jakarta dialect—a patois of Bahasa Indonesia and English mainly used by well-off South Jakartan residents (anak Jaksel) who have had the benefit of private English lessons.

This is such a loaded topic that it touched off a round of heated debate on Twitter in 2018 about the social privilege and status implied by the use of Bahasa Jaksel. In A Copy of My Mind, the manager’s use of random English words and phrases establishes his social status and creates a stilted awkwardness when he is interviewing Sari. This underscores the point that she is attempting to transition into a higher strata of society, and all the class consciousness that comes with such a move. She gets the job, but by the end of the film comes to regret it.

Jakarta is a very complex city. It is congested, polluted, over-crowded, and sinking into the sea. President Joko Widodo has announced plans to relocate the capital to the island of Kalimantan, an idea I personally think is ludicrous. But it speaks to the fact that many people consider the city to be an unsalvageable mess.

Yet A Copy of My Mind manages to capture something ineffable about what makes Jakarta special – the almost incomprehensible sprawl, the layered complexity, the way everyday people find a way to carve out a life and exist even within the chaos. By shooting with handheld cameras, and filming on location in the streets of Jakarta, Joko Anwar creates an intimacy and closeness with the gargantuan city, which manages to tease out its strange and confounding charm.

Most of the Joko Anwar films we are reviewing for this series weave elements of Indonesian culture and society into outsized narratives about supernatural myths, spirits, or even super heroes.

But in A Copy of My Mind, Joko Anwar went in the opposite direction, creating a highly textured and realistic depiction of the melting pot of Jakarta circa 2014. Because he knows the city so intimately, the film and the way it portrays Jakarta has a ring of truth to it. There are no Javanese legends or ghosts in this story, but it nevertheless manages to capture something very unique and very real about the experience of living in Jakarta. In that way, it uses cinema a bit differently than in much of Joko Anwar’s other films, while achieving the same effect of elevating a very specific kind of Indonesian story to the big screen. 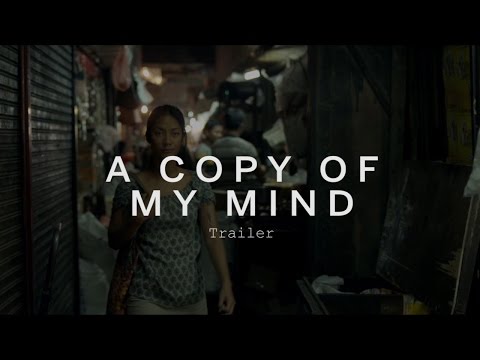