Review: “Dwelling in the Fuchun Mountains” Paints a Panorama of Chinese Culture

Slow-paced and undramatic, Gu Xiaogang's "Dwelling in the Fuchun Mountains" shows us the many stories of a small town.

Dwelling in the Fuchun Mountains is one of China’s most treasured landscape paintings. Painted over three to four years, it depicts multiple visual and temporal perspectives of the Fuchun mountains near modern-day Hangzhou. The eponymous directorial debut of Gu Xiaogang is a contemporary, cinematic treatment of the same subject. Gu painstakingly shot his Dwelling in the Fuchun Mountains (Chinese: 春江水暖, lit. “warm water in the spring river”) movie over two years in order to capture four distinct seasons.

Dwelling in the Fuchun Mountains tells the story of three generations of the Yu family, who live in the city of Fuyang. The matriarch is ostensibly the “main” character, even though her dementia affords her few lines. Her four sons live varied lives: the eldest, Youfu, owns a restaurant, while his younger brothers barely scrape by as a struggling fisherman (Youhong), a hustler on the run from loan sharks (Youjin), and a construction worker (Youlu). Youfu’s daughter Guxi, Youhong’s son Yangyang, and Youjin’s autistic son Kangkang make up the third generation—young adults frequently in conflict with the values of their elders.

Perhaps as much of a character as the humans in Dwelling in the Fuchun Mountains is Fuyang itself. Cinematographers Yu Ninghui and Deng Xu give the city a visual life and character that elevates it from merely being the backdrop to the events of the film. The city has its own story—it’s undergoing rapid redevelopment ahead of the 2022 Asia Games (due to take place in nearby Hangzhou). Along with urban redevelopment comes the usual woes of forced relocations and rising living costs.

The film is unconventional in the sense that it lacks any central plot. Instead, time itself is the main driver for the events of the film. Various story arcs—Guxi’s dating life and Youjin’s gambling debts stand out—keep our main characters occupied throughout the two and a half hour film. However, none of these arcs are substantially related to each other, nor is there any single clear challenge or antagonist for the Yu family to overcome. By the end of the film, there as many arcs left unresolved as ones tied up.

In that way, the film resembles the eponymous painting. Chinese scroll paintings are not usually meant to be enjoyed completely unfurled, but rather as a rolling journey seen section by section. As the viewer goes through the scroll painting, different perspectives and details become apparent.

Like a painting, Dwelling in the Fuchun Mountains provides us various vignettes of the Yu family and Fuyang city scene by scene. Different aspects of life become more pronounced or more muted as the audience journeys through the film. Twists of fate and various events demark different sections, rather than serving as the core substance of the film.

From a visual perspective, Dwelling in the Fuchun Mountains also resembles a long scroll painting. The film features a number of extended tracking shots that are meant to capture a particular event but in the process shows the audience some unrelated events happening in the background. Guxi and her boyfriend Mr. Jiang take a walk along the riverbank, but as part of the continuous single shot we also experience people bathing in the river and cars driving onto a ferry.

Through multiple dimensions, Dwelling in the Fuchun Mountains demonstrates deep roots in Chinese culture. The original painting draws from a Chinese aesthetic known as “山水” (shan shui, lit. mountains and water). Besides being set in a literal shan shui environment, the film also assumes the essence of a shan shui painting.

Shan shui paintings don’t depict strictly what the artist saw in a landscape, but rather what the artist thought of the landscape. In a similar way, Dwelling in the Fuchun Mountains provides director Gu’s interpretation and recollection of what that life is like in Fuyang. In an interview with Film Comment, Gu noted that he was inspired by shan shui paintings to experiment with a new kind of language in film: one that uses fiction to depict reality.

Resultantly, contemporary Chinese reality plays a key role in the film. The four brothers struggle to care for their senile mother (a problem for many Chinese families), Guxi’s mom tries to muddle in her love life (parental pressure is a common experience for young Chinese), and material wealth (or the lack thereof) factors into many decisions that the main characters make—a reflection of high materialism in contemporary China. Non-Chinese audiences may find these contemporary cultural aspects easier to appreciate than shan shui aesthetics.

It’s also impressive to see Gu transition so successfully from a career in the fashion industry to film. Dwelling in the Fuchun Mountains ends on a cliffhanger (if one can call it that), indicating that this is just part one of a larger series. Gu said that he plans to make a trilogy of films depicting life along the Yangtze river, with Dwelling in the Fuchun Mountains kicking it off. If Gu’s freshman film is this impressive, we can’t wait to see what he has in store for us next. 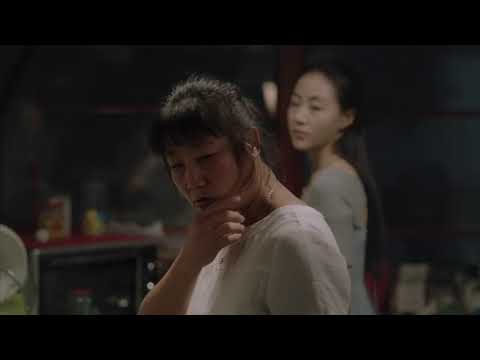