Through two families linked by friendship and tragedy, director Wang Xiaoshuai’s “So Long, My Son” offers a humanistic look at China in the wake of Reform and Opening.

When So Long, My Son (地久天长) screened in China this March, acclaimed director Wang Xiaoshuai caught flak for suggesting men could use the film to seduce women. “If you start your first night together with this movie, you will have ample excuse to be her protector and take her home… she can’t say no to that, ” Wang declared in a WeChat moments post.

Perhaps Wang had too much baijiu to drink that night. Such crude pronouncements contrast with the muted, naturalistic tone of So Long, My Son. Centering on two families linked by friendship and tragedy across three decades, the film offers poignant commentary on the societal effects of China’s post-1978 Reform and Opening. Deliberate pacing makes the film’s three hour runtime feel even longer; it’s a heartfelt journey that could help strengthen established couples’ bonds, but might seem a bit much for a “first night together.”

A Tale of Two Families

So Long, My Son begins with a tragedy that lends the film its name. It’s the mid-1980s, and two boys named Xingxing and Haohao stand at the edge of a reservoir. Haohao goads Xingxing to jump in, but Xingxing remains reluctant. Minutes later, commotion erupts. From afar, we see Xingxing’s parents—father Yaojun and mother Liyun—fishing their son’s lifeless body from the water. A heartbreaking shot in an empty hospital implies Xingxing has drowned.

Minutes later, we see Yaojun and Liyun—slightly older—talking with a teenage boy named Xingxing. Is he adopted? What happened after the tragedy? It’s soon apparent that So Long, My Son has a non-linear narrative that stretches from the 80’s to the present day. We learn that Yaojun and Liyun are friends with Haohao’s parents, mother Haiyan and father Yingming. The two families start off at the same factory in Inner Mongolia, but begin drifting apart after the tragedy. Yet, as the film weaves back and forth across time with scenes of their respective existences, the families never feel too far from each other.

By following these two families across three decades, So Long, My Son also offers glimpses of societal changes that came with China’s transition to a market-based economy. There’s a scene where the factory boss announces cutbacks in the wake of market reforms, and the two families end up at different rungs of the socioeconomic ladder despite starting in the same place. Deng Xiaoping might look upon all this wistfully. His instruction to “let some people get rich first” now has yet another powerful cinematic representation.

Most notably though, So Long, My Son shows the effects of China’s one-child policy, which began in 1979. We learn Liyun had an abortion for a second unborn child, and complications from the procedure left her unable to have more children. This compounds the tragedy of Xingxing’s death; Liyun and Yaojun cannot bear a biological child to take his place. Couple that with traditional Chinese expectations around the necessity of offspring, and you have a perfect storm of parental angst. It’s the kind of plot point that’d never occur in an American movie, but feels completely appropriate for a Chinese one (in fact, many mainstream Chinese romances broach abortions).

Such realistic backdrops help bring life to So Long, My Son’s two main dynamics: friendship and parental love. As China’s society undergoes massive changes for better and for worse, the film asks, how do those kinds of relationships survive?

The film’s Chinese title 地久天长 (di jiu tian chang) may offer a partial answer. Translated, it means “as long as heaven and earth endure.” Western viewers may note the Scottish song “Auld Lang Syne” recurs as a motif throughout So Long, My Son, and this isn’t a coincidence. The song’s Chinese title is 友谊地久天长 (you yi di jiu tian chang), which you could translate as “friendship for as long as heaven and earth endure.”

This multilayered messaging hints at the level of nuance and care that So Long, My Son contains. While its characters feel ordinary on the outside, the film explores the nooks and crannies of their relationships with each other throughout its three hour runtime, and reveals something beautiful and complex underneath. Naturalistic settings, muted colors, and carefully framed shots add an extra layer of weight to these revelations.

In all its beauty, So Long, My Son is a three hour epic trek that will likely leave you drained at the end. Watching it requires significant emotional and time investment; the themes and social issues it raises aren’t exactly topics for a first date. Wang Xiaoshaui might not be the most tasteful social media influencer—but at least he can make ambitious movies that hit their mark, and even win the approval of China’s notoriously fickle authorities. 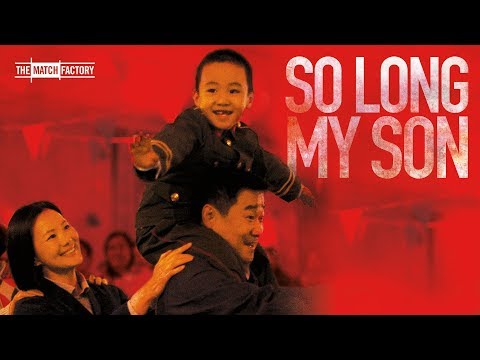