Based on an eponymous bestselling 2013 novel, The Ghost Bride  represents Netflix’s first Mandarin-language original series from Malaysia. The show and novel take their names from the Chinese superstitious practice of ghost marriages—one variety of which involves a living person “marrying” someone deceased. The Ghost Bride centers around a young ethnically Chinese woman in 1890s Malacca who’s considering this kind of ghost marriage, but starts unraveling a broader mystery around her prospective husband’s death. This distinctive premise gives the show significant creative potential, which it uses to craft an ambitious but rocky narrative spanning well-designed real and supernatural worlds.

Til’ Death Do We Start

The daughter of a spice merchant, 20 year old Li Lan (played by Huang Pei-jia) is The Ghost Bride‘s titular character. One day, Lan and her father get invited to a party at the wealthy Lim family’s house. There, the Lim family matriarch declares that she knows Lan’s father is experiencing financial difficulties, and proposes that Lan marry the Lim’s deceased oldest son Tian Ching in exchange for monetary relief. Lan initially refuses—not only is Tian Ching dead, but the headstrong Lan also doesn’t know if she wants to get married at all.

However, a combination of factors pressure Lan to revisit the proposal. Her father falls seriously ill, and Tian Ching’s spirit begins to haunt her. Tian Ching reveals he was murdered, and Lan makes a deal to find his murderer in exchange for him helping cure her father. As Lan starts investigating Tian Ching’s death, she must balance her relations with two other characters—a heavenly guard named Er Lang (played by Wu Kang-jen), and Tian Ching’s brother Tian Bai (who was her childhood crush). Supernatural horror mixes with murder mystery mixes with romance; it’s a lot for a six episode series to cover.

From One World To Another

Given Netflix’s relatively deep pockets, it’s not surprising that The Ghost Bride‘s strongest dimension is production design. The human world of 1890’s Malacca—particularly the Lim family’s ornate mansion—comes to life with varied, flowering colors and detailed ornamentation. Lan and the other characters walk through this world wearing bright clothing and sit down to sumptuously fresh cuisine, creating a sense of airy vitality. Tian Ching’s underworld offers a decided contrast, filled with nuanced dark tones and platters of carcasses and insects. When Lan and other characters eventually journey to this underworld, their clothing assumes a deathly flavor as well.

On the other hand, jumping between these worlds—and different sub-genres like mystery, romance, and horror—can make The Ghost Bride feel unwieldy at times. To sustain the show’s ambitious narrative, Lan holds many expressed and unexpressed desires. She wants to save her dad, and she doesn’t want to get forced into a ghost marriage, but wait—she might also still have some hankering for romance, and she’s also a murder investigator! As the show jumps around, it’s challenging to remember how Lan might prioritize these desires, which makes it harder for audiences to develop a deep sense of empathy with her character. This doesn’t completely hobble the series, but it does blunt its emotional resonance.

On the note of emotional depth, The Ghost Bride invites comparison with mainstream Taiwanese romance dramas. Lead actors Huang Pei-jia (who plays Li Lan) and Wu Kang-jen (who plays Er Lang) are both Taiwanese drama veterans, with Wu having starred in massively popular series like Autumn’s Concerto. In The Ghost Bride, both act—with all the requisite flirting and gossiping—as if they were in yet another Taiwanese drama. This makes the series generally entertaining, but not a paragon of deep emotional nuance.

Netflix likely wasn’t aiming to make The Ghost Bride into a dramatic breakthrough on the level of House of Cards though. The streaming service wants more Asian subscribers and, as other originals like Triad Princess show, Netflix isn’t afraid to use tried and true techniques (and stars) of Taiwanese dramas to make that happen—innovation be damned. Some Netflix productions exist to win awards, and some to win viewers. The Ghost Bride falls into the latter category.

Though not a narrative masterpiece, The Ghost Bride should please those who enjoy Taiwanese romance dramas. The show offers enough local Malaysian flavor to spice up the story, but otherwise feels geared for low-commitment consumption by Mandarin-speakers around the world—per Netflix’s intent. 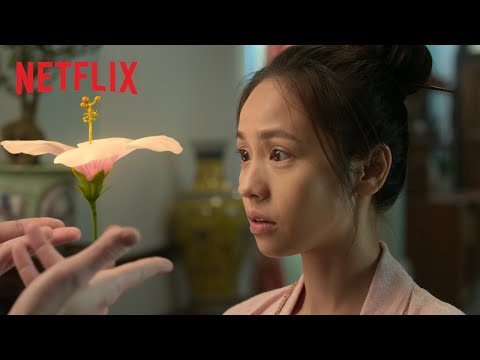 The Ghost Bride is now streaming worldwide on Netflix.