After two years of alternative military service, heartthrob megastar Lee Min-ho is back on the Korean drama circuit with The King: Eternal Monarch, which started streaming on Netflix from April 17, 2020. This represents a reunion for Lee and renowned screenwriter Kim Eun-sook. Kim wrote 2013’s The Heirs (which Lee headlined), along with other more recent K-drama hits like Guardian: The Lonely and Great God, Descendants of the Sun, and Mr. Sunshine.

The King: Eternal Monarch pines for the success of these predecessor dramas; it deploys overwhelming star power and lavish production design to entice audiences. However, the show mostly sticks to cliches, and contains less socio-political commentary than other hits from Lee and Kim.

The King: Eternal Monarch begins in an alternate universe. It’s 1994, and Korea is a monarchy—the “Kingdom of Corea” with a “C” and not “K,” according to Netflix’s subtitles. An illegitimate prince named Lee Rim (Lee Jung-jin) kills the Emperor and steals a magic flute. He’s about to kill prepubescent Crown Prince Lee Gon—but a mysterious figure swoops in and intervenes. The Crown Prince survives, and Lee Rim flees with only half of the magic flute.

Fast forward 25 years, and Lee Gon (Lee Min-ho) is now the handsome—and single—Emperor of the Kingdom of Corea (don’t ask why they didn’t just call it the Empire of Korea). While on a horse ride through a bamboo forest, Emperor Lee encounters a magic portal and ends up in our universe, where the Republic of Korea exists. Trotting about Seoul’s Gwanghwamun Plaza, Lee encounters police detective Jung Tae-eul (Kim Go-eun). Jung arrests him for obstructing traffic, but Lee drops a bombshell: he knows who she is. Apparently, the mysterious figure who saved him 25 years ago in the parallel universe dropped Jung Tae-eul’s 2019 police ID.

While this universe-crossing premise might feel a bit ridiculous, it’s pretty expected for a Kim Eun-sook production. When you consider that Guardian: The Lonely and Great God featured a 939-year-old immortal goblin from the Goryeo Dynasty, a parallel universe with magic flutes sounds less absurd. Such fantastical premises are simply one part of the Kim Eun-sook’s standard drama recipe—which also calls for beautiful stars, beautiful cinematography, and beautiful production design.

The King follows this recipe to a tee. Lee Min-ho and Kim Go-eun are two of Korea’s hottest drama stars and, spelling oddities aside, the Kingdom of Corea flaunts overly glamorous shots of ornate palaces and idyllic bamboo forests (perhaps the same forests as those in Mr. Sunshine).

Besides aesthetically pleasing people and places, The King also pushes a “love conquers all” theme present in Kim Eun-sook’s other dramas. Love transcends social class in The Heirs, fate in Guardian, war in Descendants of the Sun, and politics in Mr. Sunshine. From The King’s first three episodes, it’s evident the series will show how love transcends even parallel worlds.

“Love conquers all” is already a Korean drama cliche. That isn’t automatically bad, unless a drama doesn’t offer enough novelty to balance out the cliche. Unfortunately, The King doesn’t achieve this balance. Instead, it offers even more cliches that will feel especially worn to veteran K-drama watchers and dedicated Lee Min-ho fans.

For instance, Lee Min-ho’s character in The King is yet another intelligent and wealthy Prince Charming—just like his characters in Boys Over Flowers, The Heirs, and Legend of the Blue Sea. The King exploits this trope even more than those dramas do. Apparently being a literal royal isn’t enough for Emperor Lee Gon; he also regurgitates Einstein’s theories, pays for five-star hotel rooms with the diamond buttons on his shirt, and rides a white horse named “Maximus.” It’s so overwrought that it’s laughable.

Admittedly, Kim Go-eun’s character of Jung Tae-eul doesn’t start off as a Cinderella for Lee’s Prince Charming to save. However, Detective Jung feels reminiscent of Presidential bodyguard Kim Na-na (from 2011’s City Hunter), another seemingly strong female character who struggled to stand out opposite Lee Min-ho’s overwhelming star power. Kim Go-eun is a star in her own right, who demonstrates great range in portraying a 30-year-old detective just four years after playing a high school student in Guardian. However, amidst The King’s soup of cliches, she doesn’t get a chance to shine as much as she could. It also doesn’t help that Kim’s strong-headed character in The King clashes with her Guardian counterpart, making it difficult for fans to avoid comparisons and truly appreciate her.

Even supporting characters aren’t immune to the pitfalls of cliche. Rising star Woo Doo-hwan plays a serious bodyguard who’s Lee Gon’s bromantic sidekick—reminiscent of previous Lee Eun-sook characters like Sergeant Major Seo Dae-young (Jin Goo) in Descendants of the Sun. Rather than providing a useful foil, Woo’s character has his own star power. He too has a counterpart in the parallel universe; this double bromance feels excessive and detracts from the chemistry of The King’s two leads.

It’s disappointing to see The King: Eternal Monarch falling into cliches, especially after Kim Eun-sook’s preceding successes with Mr. Sunshine and Descendants of the Sun. While those two shows also had big stars and boundary-transcending romance, they contained ample socio-political context as well. Mr. Sunshine offered insights about Korea’s colonial history, while Descendants is an intriguing case study on South Korean hard and soft power.

Such socially conscious themes allowed the two dramas to balance out their cliches, adding a welcome injection of savory seriousness to an otherwise saccharine K-drama formula. The King: Eternal Monarch doesn’t seem to have learned how to do this. Die-hard Lee Min-ho, Kim Go-eun, or even Kim Eun-sook fans can still appreciate the show, but others may find themselves disappointed as the ensemble cast swim in a sea of cliche. 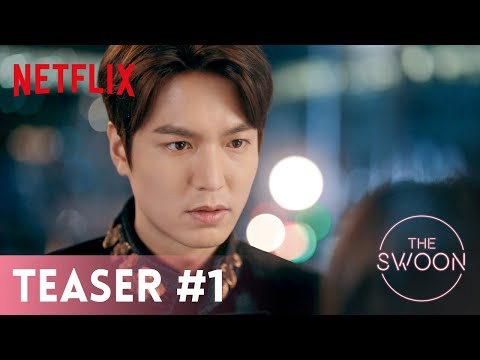 The King: Eternal Monarch is currently available for streaming on Netflix worldwide.