Since her 2009 experimental short Atlantiques, director Mati Diop has been investigating illegal migration from Senegal through film. The short film forms the basis for her triumphant feature debut Atlantics. While Atlantiques offers a documentary-like recounting of the desires and fates of people who attempt life-threatening boat crossings across the Atlantic to Europe, Atlantics tells the story of those who stay behind in a captivatingly mystical manner more than worthy of Diop’s legendary artistic heritage.

At its core, Atlantics is a love story—one that plays out against a backdrop of mysticism. Ada (Mame Bineta Sane) is in love with Souleiman (Ibrahima Traoré), a broke construction worker. However, Ada has been promised in marriage to a wealthier man, Omar (Babacar Sylla). Though she doesn’t actively oppose the arrangement, Ada clearly desires a life with Souleiman. In one instance, we see them gaze longingly at each other as a train passes between them, then kiss in the darkness beneath a railway tunnel. Such idealistic romance deflates when Ada recalls her actual fiancé.

The love story then intertwines with a scathing critique of capitalism and migration. After not getting paid for their work on a futuristic tower, Souleiman and other construction workers decide to migrate by sea to Spain, searching for better opportunities despite the physical danger. As her wedding day with Omar approaches, Ada awaits news from Souleiman but hears nothing. A series of supernatural events then begin to consume her world, and offer glimpses into the traumas of migration and capitalist exploitation.

Atlantics’ authenticity lies in its characters, who depict the rich and often contradictory milieu of Senegal—a country that’s 95% Muslim yet enjoys Christmas. For instance, Ada and many of her female friends enjoy taking selfies and hanging out with boys at beachside bars. At the same time, one of her closest friends wears a hijab and disapproves of the other women’s fraternizations with men. Though Omar has a traditional arranged marriage with Ada, his wedding ceremony is filled with guests in Western attire, and he gifts Ada an iPhone as they lie along the pool of a fancy international hotel. Diop deftly uses Ada’s aura of apparent calm to express disapproval of more traditional attitudes. As patriarchy and traditionalism unfold around her, Ada observes with a deathly blank stare, her silence and piercing eyes speaking volumes.

Complementing Ada’s stare is Atlantics’ achingly cool color palette. Blue is the film’s dominant tone, its constant presence evoking the desolate sea that Souleiman must cross for a better life. Like waves and the tide, the film offers constant movement. The camera keeps pace with Ada’s fast-paced walks around town, and interjects with shots of the ocean. By refusing to settle down, Diop’s filmmaking style reflects the sense of unrest that Atlantics’ characters feel. The Atlantic Ocean’s sweeping scope further accentuates the contrast between Ada and Souleiman’s personal stories and the grand, abstract narratives of migration that often capture headlines.

Atlantics has achieved a level of international recognition rare among African films, including winning the Grand Prix at the 2019 Cannes Film Festival and achieving distribution on Netflix. While laudable, these accomplishments don’t necessarily mean much to those on the African continent.

The European film festival circuit has long overlooked African films, and Diop making history as the first black female director to compete for the Palme d’Or at Cannes is long overdue. Furthermore, discourse at Cannes seemed to focus more on her legendary heritage (her uncle is renowned director Djibril Diop Mambéty and her father is musician Wasis Diop) than the merits of her own works.

While Atlantics certainly shares underlying themes with Djibril Diop Mambéty’s iconic debut Touki Bouki (which follows a young Senegalese couple’s migration to Paris), it’s still worth discussing in its own right. Diop’s win at Cannes feels almost like an act of tokenism, of the European cinematic establishment finding an easy way to feel better about themselves without diving into Atlantics’ worthwhile substance. It’s African approval, not European approval, that matters more.

Furthermore, Netflix still has limited reach on the African continent. Local players are giving Netflix stiff competition and, while streaming is on the rise in Africa, infrastructural issues also mean that physical distribution methods remain quite popular. Therefore, it might be easier for North Americans and Europeans to watch the high-quality African filmmaking that Atlantics represents—leaving African audiences who may most savor this masterful film in the lurch.

Despite these issues (that come from no fault of Diop’s), Atlantics’ stylish and moving portrayal of Senegal’s modern frustrations is worth a watch. Perhaps Euro-American tokenism and questionable exposure to African audiences are simply parallels to the maddening, ocean-spanning challenges that Atlantics’ characters must endure. 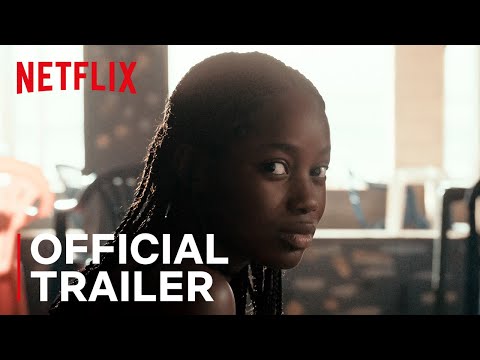 Atlantics is available to stream on Netflix worldwide.