Ramona Diaz’s 2020 documentary A Thousand Cuts—referring to the slew of seemingly inconsequential political compromises that contribute to the death of democracy—tells a harrowing story about the rise of authoritarian populism and fascism in the Philippines.

A Thousand Cuts follows Maria Ressa, a Filipina-American journalist and co-founder of the online news site Rappler. The documentary shows how Ressa’s investigative journalism on social media disinformation campaigns, and the bloody impacts on the Philippine Drug War, coincides with President Rodrigo Duterte’s increasing attacks on the free press.

Through this lens of Duterte-era Philippine politics, A Thousand Cuts offers a glimpse at how authoritarian populism takes hold, and the ways its rhetoric functions. Diaz deftly explores how authoritarianism functions by using intimate personal profiles to illustrate sweeping issues and centering on women navigating a patriarchal political ideology.

Authoritarianism on the Ground

The Philippine War on Drugs started in 2016 after President Rodrigo Duterte’s election. Claiming to make the Philippines safer, Duterte and his allies sparked thousands of extrajudicial executions of suspected drug addicts—and continue to suppress those who criticize these methods. What sets Diaz’s work apart from a more policy-focused take on Duterte’s authoritarian regime, however, is its focus on people on the front lines.

A Thousand Cuts’ unique perspective on the Philippine Drug War is a result of unforeseen circumstances. The film was supposed to cover the Philippines’ 2018 midterm elections through several perspectives, including Ressa’s. However, shortly after filming began, Duterte’s government charged Ressa with cyber-libel and detained her—giving Diaz unexpected access to footage of state attacks on the press. This shift towards an intimate profile of a journalist under attack is a case study of authoritarianism on-the-ground, one that contains a rare degree of detail.

As a result of Duterte and supportive social media influencers labeling critical journalists like her as “fake news,” Ressa comes under fire politically, professionally, and personally. Diaz follows Ressa as she grapples with how to both professionally respond as a public figure and navigate her own fears away from the public eye. The other characters in Diaz’s film, from senate candidate to social media propagandist, give human faces to the Philippine Drug War.

This combination of macro-level political context and micro-level personal experiences forms a haunting look at how authoritarianism rises, and how everyday people struggle to respond to it. The strength of this political-personal lens lays in Diaz’s adept use of each frame to inform and enrich the other: the more abstractly political context gives weight to each individual story, and the intimately personal focus brings a feeling of reality and sinister proximity between the concepts of authoritarianism and fascism to everyday lived experience.

Beyond Ressa, Diaz follows five other major public figures. Four of these—opposition party senate candidate Samira Gutoc, Rappler journalists Pia Ranada and Patricia Evangelista, and celebrity singer and Duterte-appointed officer Mocha Uson—are women. Diaz’s choice to focus on the experiences of women highlights the gendered and sexualized ways Duterte’s authoritarianism manifests, and offers a keen glance at the role of women on all sides of the political battleground.

These ways include gendered social media harassment campaigns against female critics of Duterte’s administration. All three Rappler journalists face gendered and sexualized harassment, such as through the social media insult “presstitutes”—a portmanteau of the words “press” and “prostitutes” that imply critical journalists are paid off. However, Ressa’s harassment takes center stage as netizens stalk her to her workplace, and publish public sexual assault, sexual harassment, and rape threats. Here, the lens of gender weaves itself in a larger tapestry of state subjugation. Diaz shows us that while authoritarianism dismantles democratic freedoms for all, it exaggerates existing social inequalities that impact marginalized groups, like women.

Diaz also shows how Duterte himself leverages misogynistic rhetoric to uphold his power. A Thousand Cuts shows how, at a campaign rally in April 2019, Duterte brags about the size and strength of his penis. “There’s no problem down there,” he says before pulling his podium microphone upright, “mine is like this.”

Duterte’s sexualized language both positions himself as a model of masculine sexuality and sexually denigrates his critics. While it might seem bizarre, obsessing over masculinity is a common part of fascist authoritarian rhetoric. The authoritarian needs to appear strong and infallible, and one easy way to do so is to subjugate “weaker” groups like women, the disabled, and LGBTQ+ people.

By threading the Duterte administration’s and its supporters’ misogynistic rhetoric throughout the film, A Thousand Cuts subtly underscores fascist authoritarianism’s ingrained misogyny. But while the documentary frames its investigation into the inner workings of rising authoritarianism through the specific lens of the contemporary Philippines, it is quick to draw implicit and explicit comparisons to other rising authoritarian governments around the world.

Decoding the Philippines to the West

Beyond Duterte, other authoritarian-leaning leaders around the world like Jair Bolsonaro, Xi Jinping, and Donald Trump project their obsessions with “strength” in different ways. Throughout A Thousand Cuts, Ressa draws explicit parallels between authoritarianism in the Philippines and the United States. The film shows Ressa traveling to the United States to visit her sister Mary Jane. During one of these trips, Ressa mentions, “it’s ironic that even though our choices [of where to live] are different, our two nations now have the same type of leader: macho, populist, sexist at best, misogynistic at worst. They both use anger and fear to divide and conquer.”

Yet, this global focus is a double-edged sword, and one that storytellers, activists, documentarians, and journalists often struggle with. While drawing global comparisons builds solidarity and links seemingly isolated inequalities and struggles together, it risks centering the experiences and political contexts of the Global North—countries that are considered relatively wealthier and more powerful, and often have histories of being colonial powers. It should not be necessary for the Global North to see itself in these stories to care about government authoritarianism and attacks on the free press. Too often, these connections reflect less of a global unity against oppression, and more a sadly necessary appeal to rich countries.

This, however, is a minor point to a documentary that sees itself as addressing the global through a lens of the local. As Diaz explained in a press forum for the film, “the rise of fascism and authoritarianism around the world [made the story] more relevant and global.” The lessons from A Thousand Cuts are distinctly Filipino, but they serve as a warning to the rest of the world that the shift to authoritarianism is both shockingly upfront and sinisterly gradual.

Ressa’s story is ongoing—in June of 2020, she was found guilty of cyber libel. Despite this challenge, she and her colleagues continue to push the boundaries against not only government encroachments on journalism, but also a rising tide of authoritarianism worldwide. 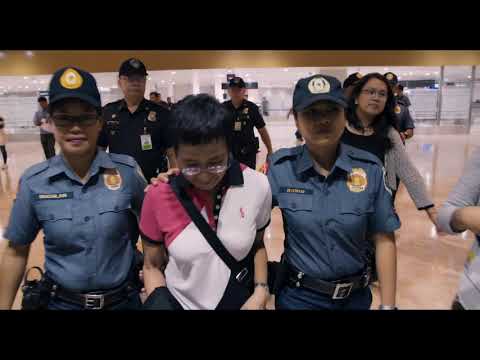 A Thousand Cuts screens virtually for US audiences starting August 7, 2020. More details are available on the film’s website.