Review: “Gaza Mon Amour” Is an Irresistibly Charming Film About Love And Desire

In "Gaza mon amour," Palestinian filmmakers Arab and Tarzan Nasser offer a delightful look at a late-life romance within a conflict-ravaged territory.

As the title suggests, Gaza mon amour occurs in the Gaza Strip—which makes the film unique, especially in how it depicts the otherwise conflict-ravaged territory with a lighter, comedic touch. Within this setting, the Nasser brothers offer an empathetic meditation on the love and sexual desire of a 60-year-old fisherman, something seldom seen within an ageist global cinema industry. By exploring an aging man’s desire to find love in a dark place, Gaza mon amour becomes a fantastic film that both charms and breaks barriers. 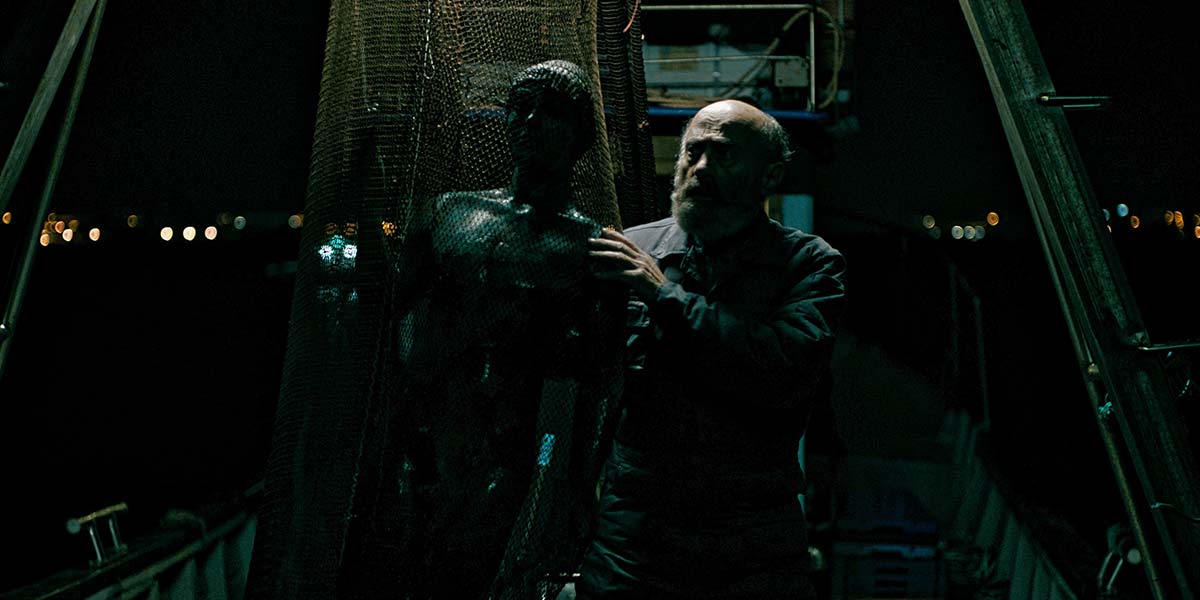 Set in contemporary Gaza, fisherman Issa Nasser (Tel Aviv on Fire’s Salim Daw) spends his nights pulling in hauls and his days selling fish in the market stalls. The charming and highly likeable Issa regularly visits his friend Samir (George Iskandar), swapping stories of past lovers and joking about life and women. Highlighting Issa’s bachelor status, the married Samir quips, “you’ve been wise by staying alone. No wife, no children, not even a dog! A king!” Samir later reveals his dreams of escaping to Europe with his family, asking Issa if he would ever leave himself. Issa replies, “no, my future is here.”

We learn what Issa’s future plans might entail when he announces one morning “I’ve decided to get married”. This prompts his sister Manal (Manal Awad) to gather groups of middle-aged women for him to consider. However, Issa is already smitten with Siham (Hiam Abbass, known to international audiences from TV’s Succession and Ramy)—a widowed, local seamstress who works at the market with her recently divorced daughter Leila (Maisa Abd Elhadi)—and plans to propose.

Issa’s determination to propose is complicated when he discovers an ancient Greek statue of a particularly well-endowed Apollo in his fishing net one night. Things take a more humorous turn as his futile attempts to hide Apollo from Hamas are met with stern questioning, imprisonment, and exasperation by a sly police detective—who claims the statue ultimately belongs to the Palestinian authorities. Despite everything, Issa’s primary objective persists: he must declare his love to Siham no matter what. Siham, on the other hand, works all day at the market and spends her nights repeatedly viewing an old movie that reminds her of her deceased husband. The film keeps viewers wondering: will the detached Siham consider a romance with Issa?

Finding Love And Laughter In A Dark Place

During the Six-Day War in 1967, Israel seized the Gaza Strip—the Palestinian territory along the Israeli and Egyptian borders—from Egypt, along with East Jerusalem (formerly occupied by Jordan), the West Bank, the Golan Heights (formerly occupied by Syria), and the Sinai Peninsula. However, for Palestinians, displacement loomed and the occupation was crushing. Israel’s 1967 victory transformed Middle Eastern politics, and the resulting effects have been continually felt with the ongoing Israeli-Palestinian conflict.

Since June 2007, two years after Israel disengaged from the territory, Gaza has been governed by Hamas—a fundamentalist militant Islamic organization, which came to power after winning legislative elections in 2006. After Hamas’ takeover, Israel and Egypt began blockading Gaza in what they say are security measures against militants operating within the territory. Over the years, Israel and Hamas have continued fighting over Gaza, causing significant humanitarian challenges. In 2017, the World Bank database revealed that the Gaza Strip had the highest unemployment rate in the world.

Gaza’s current political climate and daily struggles underpin Gaza mon amour—but the film humanizes its citizens’ experiences. The Nassers, themselves from Gaza, open the film to the sounds of gunfire on the television. Regular bombings by the Israeli Defense Forces cloud the skies, as the community continues with its regular activities. Throughout Gaza mon amour, we also see daily power cuts, frequent stops at police checkpoints, and newsreels about liberating the Gaza Strip continually playing.

Despite this depressing backdrop, the Nassers use absurdist comedy to prevent the film’s tone from becoming overly bleak. Amidst bombings and economic privations, Issa still repeatedly practices his proposal speech in the mirror to great comedic effect; gossip about love, and jokes about the statues’ private parts, add further laughter on top of the movie’s heart. This effectively reminds audiences that, despite geopolitical challenges, Gazans are people like everyone else.

However, the Nassers never relegate Gaza’s harsh realities to the sidelines; they humanize those realities as well. As a fisherman, Issa contends with the sea blockade of the Gaza Strip, which forces him to journey further and further to catch larger shoals in more dangerous settings. Through Issa’s experiences, audiences can empathize with how the blockade thwarts everyday Gazans’ livelihoods and food supplies.

What’s even more refreshing about Gaza mon amour is that it defies a perpetually ageist film industry. Thanks to Hollywood’s influence, global cinema often disregards the elder generation. Gaza mon amour not only focuses on an older individual, but also an older man. All too frequently, films depicting the elder generation in a positive romantic setting, focus more on women than men. It is rare for films discussing love, sex, and desire to be told from an older male perspective.

As a particularly salient example, Hamas policemen poke fun at Issa about his cologne, and the police detective is surprised that Issa still experiences sexual fantasies at his age—hinting at cinema’s total disregard of the older demographics’ sexual desires. The combination of a stunningly romantic score by Andre Matthias and cinematography by Christophe Graillot also create a sense of amorous magical realism, with Graillot steeping Gaza mon amour’s more sensual, fantastical scenes in daring pinks and reds.

The film’s only failing is an occasional struggle to bind its two halves: the first half follows Issa’s courting of Siham, while the second focuses more on the incredibly funny escapades with the statue and the police. Despite this, the Nassers have nailed the deadpan, offbeat comedy of its latter half. Daw and Abbass are wonderfully touching in their respective roles, with Abbass playing the more introverted of the two. However, it is Daw who should get the most credit. He has created a courageous, funny, and enchanting man whose only mission is to offer his hand to the woman he loves, despite the number of wild obstacles he encounters. His sheer refusal to end up like a relic at the bottom of the sea is a delight to watch.

Gaza mon amour is a timely story about complex political issues—but it’s also a fantasy film intent on capturing a late-life romance. In some instances, it feels like a quirky romantic comedy, something rarely seen in Arab cinema. Sex and desire between an older couple, specifically between an Arab couple, doesn’t often occur in global film either—but Gaza mon amour has found an unlikely romantic hero in its cantankerous, yet kind and gentle leading man. The Nassers have created an irresistibly charming film about love, one that deftly demonstrates how laughter and romance must continue even when life’s absurdities keep getting in the way. 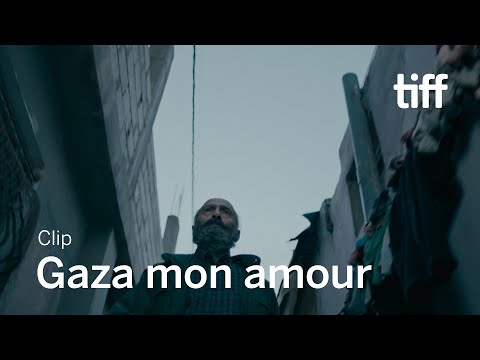