Venezuelan movie “La Fortaleza” captures turmoil and self-destruction at both a personal and national level.

Directed by Jorge Thielen Armand, the movie follows Roque, a middle-aged Venezuelan man with an alcohol addiction, as he goes deep into the jungle to repair an abandoned vacation house. In the jungle, he meets an old friend from his past, and begins working at an illegal gold mine. Narratively, the film feels familiar—a story of a man’s descent, and his struggle for redemption in an increasingly violent environment.

However, La Fortaleza is unique because it is real. All of the actors are non-professionals playing characters based on themselves in scenarios that actually happened to them. What results is an evocative time capsule that captures Venezuela’s contemporary turmoils in a highly personal manner.

[Read: “Once Upon a Time in Venezuela” Is an Immersive Dive Into a Vanishing Village]

The character of Roque is played by Jorge “Roque” Thielen, the father of director Jorge Thielen Armand. In fact, Armand even plays himself in the film, as Roque’s son who attends a film school in Canada. This blurring of fact and fiction creates a unique viewing experience. In an interview with Cinema Escapist, Armand explained his decision to combine reality and narrative in this way.

“I’ve never worked with professional actors,” said Armand. “I started working with documentaries and fell in love. For me, it was a natural way to enter. I am definitely going to keep making fiction films, but there is something about watching a real person on screen living through something that is personal to them. There is something powerful that comes to life, both for the person behind the camera and the people watching.”

Knowing the story is real strengthens the film. It is an intensely personal story shown in an engaging medium. The cinematography is beautiful, especially the vibrant landscape. The soundtrack is another strength, at times minimalist and haunting, yet switching to raging drones in tandem with the story.

Armand employs a “show, don’t tell” method of filmmaking, with sparse dialogue and a lack of explicit narrative structure. We move between scenes without really knowing where Roque is or why he is there. We are in media res, hopping into the middle of the action without introduction or conclusion.

While this can be confusing at times, the authenticity of the relationships on screen keeps this film grounded. “The relationships are real and the stories are real. People have lived that scenario and those emotions,” says Armand. Without this, the film would not be as powerful.

[Read: “From Afar” Offers a LGBT Story from Venezuela]

In addition to the realism of its characters, La Fortaleza presents some of the harsh realities of contemporary Venezuela. We witness the damage that illegal gold mining wreaks on the environment and nearby communities, but also see how a lack of viable alternatives forces people like Roque to work in such mines.

“The gold mine [in the movie] is a real mine, and it is devastating the jungle,” said Armand. “Our government turns a blind eye to these mines run by Colombian guerrillas. Nobody talks about it. Mines have destroyed thousands of kilometres of jungle. I have a friend who is a pilot. Sometimes, he can fly for 30 minutes and only see mines for 360 degrees. You can imagine what that does to the country and to the people.”

There are parallels between Roque, damaging himself with alcoholism, and the illegal gold mines, exploiting and destroying the jungle. We see the complexity between self-destruction and the need to survive: Roque turns to drinking as he faces the violence of the jungle. The men work in the mine to earn a living, but the mercury pollutes the water and causes blindness in children.

Leudys, a Venezuelan woman in the film, also faces the tension between survival and self-destruction. While Roque is a prisoner of the bottle, Leudys is imprisoned by the patriarchy of Venezuelan culture. Forced to serve the men, we never see her smile as she works dutifully without a word. She is rarely spoken to, except for when receiving a command or an angry rebuke. This gendered power imbalance is not the focus of La Fortaleza, but helps highlight another important dimension of Venezuela’s humanitarian crisis.

“The thing that drives me to make films is the connection to the places and people who told me those stories. The most honest way to address what is happening in Venezuela right now, the collapse of the country and the pain that inflicts our souls, is by telling real stories with real people.”

A Country Living in Exile

La Fortaleza also touches on exile, something that is very real for many Venezuelans today. Due to the socio-political and economic crisis over the last decade, nearly five million Venezuelans have left the country in recent years, a migration crisis of unprecedented scale in the region.

This is something that has personally affected Armand.

“Not only are the characters exiled in the jungle, but the son is [also] exiled in Canada,” he said. “Venezuela is a country of people spread around the world. In exile, all they have is a broken Skype screen to talk to their parents. When they hang up the phone, they are alone. It is the reality of many people in Venezuela. Every time I go back, I find less and less people that I know. One of my greatest fears is to go back to Venezuela and realize that I don’t know anyone.”

Yet, despite the authentic portrayal of Venezuela in La Fortaleza, Armand is skeptical about the film’s potential impact.

“I don’t think a single film can make a difference anymore. There are so many films out there and so many conversations. Everything is so diluted. I hope at least that the people that see my films want to know more about Venezuela. My job is not to tell people what is happening in Venezuela, but to show people how the situation affects the people who live there.”

[Read: “The Liberator” — A Venezuelan Biopic of Simón Bolívar]

An Archive of Memories

Ultimately, La Fortaleza may be strongest not as a story, but as an artifact. It is a personal film made for personal reasons—both a love letter to a father from a son, and a way of working through the personal demons of addiction and exile. The film is emotionally compelling because it reflects reality.

“I’m creating an archive of memories,” said Armand. “A film is a document that says this place looked like this, these people spoke like this, and they had these problems at this time. That is why it is important that my films happen in a contemporary reality. Venezuela is changing so fast—every time I go back, I find a different country, a different currency, a different government. These movies are an archive of my own memories and places from my childhood. This is important, because I do not have a place where my family can be together at the same time anymore. In a sense, it is a loss of identity. Films are a way to organize these feelings. If that resonates with someone in Venezuela, which I know that it does, then that is enough.” 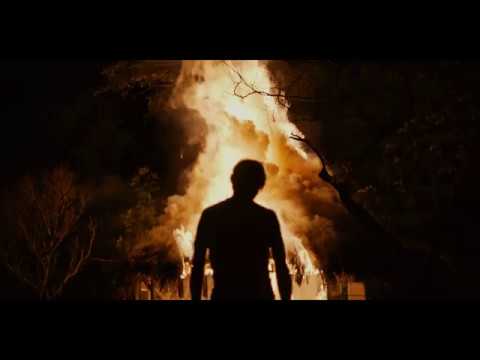