Italy’s 2021 Oscar submission “Notturno” is a silent, twilight mood piece from a crossroads of modern conflict.

If history is a nightmare from which we are trying to awake, Notturno is like one of those especially vivid dreams that occur on the borders of sleep and wakefulness. Shot between 2017 and 2020 across Syria, Iraq, Lebanon, and Kurdistan (the press notes explicitly distinguish Kurdistan), this documentary paints a simultaneously haunting and exquisite portrait of a region trying to emerge from the twilight of war.

Notturno is silent, meditative, and uninstructive. It distinguishes itself from other documentaries by eschewing the front lines, and refusing to provide even rudimentary context about the Levant’s recent history. As if clawing for a polar opposite to the heightened dramatism of conflict, it instead leans into the mundanities of everyday existence. The film is less advocacy, and more art house. It’ll make Western liberal elites feel more soulful about the world, but will never inspire anyone to protest against the West’s next interventionist adventure. And it feels perfectly content with this outcome.

Italian director Gianfranco Rossi began crafting Notturo in the wake of his Golden Bear Award-winning 2016 documentary Fire at Sea, which depicted the Italian island of Lampedusa in the throes of Europe’s migrant crisis. Wanting to learn more about the migrants’ origins, Rossi began scouting around the Levant in October 2017. He returned repeatedly to the region over the next few years before finishing the film.

What results is an elegant series of mournful quotidian vignettes, one that pays no mind to borders. The film begins with a Kurdish mother visiting the prison where her son died; she strokes the walls and calls to him, lamenting his absence. We’re then transported to the Mesopotamian Marshes. A young man hops from motorcycle to boat, paddling into a thicket of reeds. Next, we observe a couple smoking hookah amidst city lights; pops of small arms fire accompany their banter. Children art therapizing in a classroom, Baghdad asylum residents lamenting Iraq’s recent history in a play, female YPJ soldiers resting among Kurdistan’s rolling hills—these are snapshots of humanity that transcend the artificial boundaries of Sykes-Picot.

This transcendence is purposeful.

While most Western documentaries about the Middle East—think VICE’s takes on ISIS, or The White Helmets—layer it thick with context and explosions, Rossi wanted Notturno to be different. In an interview with Cinema Scope, Rossi declared that “film starts where the duty of a photojournalist or reporter ends,” that cinema could linger beyond immediate events to explore human lives in depth. Thus, Notturno never dives into the Levant’s recent history, despite being steeped in it. There’s no narration, no location markers. Viewers unfamiliar with the region cannot tell which subject is Kurd or Arab; they’re all just human.

Notturno lingers on this notion of borderless humanity—perhaps a little too long. In this regard, the label “documentary” feels inappropriate. The film is more a slow cinema mood piece, one that leans heavily into artistic instead of narrative elements to convey meaning. Almost all of its scenes occur at dawn, dusk, or night. They’re tinged with richly doleful hues,  reminding audiences that the nightmare of history is never far away. Languid camera movements entrap subjects in visual stupor, as an utter lack of non-diegetic music further slows the pace. The ambience feels at home in the darkened halls of a modern art museum, where an intended target audience of Western artistic elites graze for mournful morsels of meaning amidst their first world problems.

While Notturno’s highfalutin aura makes it an immensely beautiful piece of art, this comes at the cost of emotional connection. Compared with esoteric modern art pieces, movies usually do a much better job at putting audiences into the shoes of their subjects. Yes, Notturno seems to convey the whole “we’re all just humans” message, but it does so in a manner so detached that it negates the natural advantages of cinema.

Compare Notturno to the 2004 Kurdish war drama Turtles Can Fly—which was also shot in Kurdistan’s foothills, and tells a “post-conflict” story. No less beautiful nor haunting, Turtles Can Fly leans more on narrative strength than visual splendor. It makes audiences empathize with the everyday plight of its child protagonists, and leaves a lasting impression as a result. In fact, Turtles Can Fly does even better than Notturno when it comes to “starting where the duty of a photojournalist or reporter ends.” Photojournalists can still capture silent vignettes like the ones in Notturno; only filmmakers can tell a story of young love amidst minefields like Turtles Can Fly.

It seems Rossi’s goal with Notturno was primarily to make a pristine piece of art for Western liberal elites, and only secondarily to help those liberal elites empathize with the Levant’s sociopolitical landscape. He does amazingly at the former, but sacrifices the latter. Sure, Notturno builds some empathy, but only of a vague, fleeting variety. That might be enough for winning cinematic awards and pleasing the festival circuit. But without more emotional resonance, the perpetual twilight of Notturno’s subjects will persist in the real world, as “forever wars” keep extending their nightmare of history. 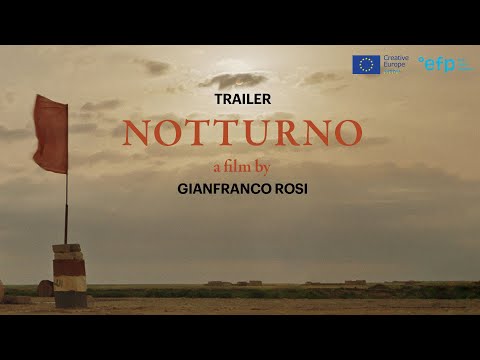