Screened at 2021's International Film Festival Rotterdam, "The Cemil Show" is a curious blend of "Joker," "Mulholland Drive," and "The King of Comedy" within a Turkish context.

Turkish mall cop meets low budget cinema. Welcome to The Cemil Show, a red-hued dip into the life of Cemil Uslu (Ozan Çelik), an Istanbulite mall security guard who dreams of being a B-movie actor.

Suffocating alone in a menial job, Cemil wants to relive the Yeşilçam era: a golden age of Turkish cinema that occurred between the 1950s and 1970s. During this period, Turkish filmmakers produced an eclectic mix of low-budget Hollywood remakes, gangster flicks, bizarre DIY projects, and other B-movies. Cinema-going figures skyrocketed, with 250 to 350 films releasing every year until political violence—culminating in a 1980 coup d’etat—paired with the rise of home video to spell doom for Yeşilçam’s low-budget movies.

Unfortunately, Cemil lacks the talent and charisma to bring this era back to life. After growing up on a diet of seedy, R-rated B-movies, his personality and desires remain stunted. At work, he continues to watch those same movies on repeat in the mall surveillance room—deepening his sense of isolation and delusions of cinematic grandeur. This thwarts his ambitions to act in Yeşilçam film revivals.

After failing to win the lead role in a remake of 1960s B-movie Kabus, Cemil starts obsessing over his beloved Yeşilçam film hero, a fictional star named Turgay Göral—whose younger incarnation is marvelously interpreted by Basar Alemdar, and the older by Fuat Kökek. Göral is a renowned character actor, original lead of Kabus, and the “handsome villain of Turkey” who always sports a pencil mustache alongside a crimson, flared seventies suit. When Cemil realizes that his colleague Burcu (Nesrin Cavadzade) is Turgay’s daughter, he plots to exploit this connection and meet Turgay himself.

Despite its relatively thin premise, The Cemil Show begins as a fascinating portrait of a man’s growing obsession, and his increasing distress when he doesn’t achieve what he desires. It’s an intriguing blend of The King of Comedy, Mulholland Drive, and Joker—yet its dark outcome for our aspiring actor comes to feel tedious and overindulgent.

The film begins to falter when Cemil’s life begins to overlap with Turgay’s on-screen persona. Assuming his idol’s penchant for villainy, Cemil catches Burcu and their boss Mr. Zafer (Alican Yücesoy) in a compromising position—and leverages that information to gain his meeting with Turgay. This hints at how Burcu has a difficult relationship with her father. However, that dynamic, and Burcu’s character, is never explored at all. Despite a stunning sequence where Burcu removes her cosmetic armor, she is merely used as a device to, like the audience, gasp in horror when Cemil’s transformation from person to monster reaches a certain tipping point.

The Cemil Show has its moments though. Cemil’s obsession gives fodder for grotesquely delightful scenes, for example, when he rushes to an audition, joyfully unaware that his face and pillar box suit are painted with blood. The Cemil Show also embodies a stylishly distinctive retro aesthetic. It nods frequently to the Yeşilçam era by intercutting scenes of the bright, pink, and yellow-tinged Istanbul with grainy black-and-white film sequences of old B-movies starring Turgay Göral. Despite a slow pace and some spots of uneven camerawork, cinematographer Soykut Turan creates dynamic visuals that pair well with Çelik’s performance as the monstrous Cemil.

However, The Cemil Show never really takes off. Sarhan’s film attempts to be an elaborate character study on obsession and desire and, while vividly styled and nostalgic, its muddy portrait feels pretentious. The difficult blend of reality and fantasy never quite gels, and the disappointment ultimately lies in wishing Sarhan’s confidence behind the camera produced a more compelling piece of work. 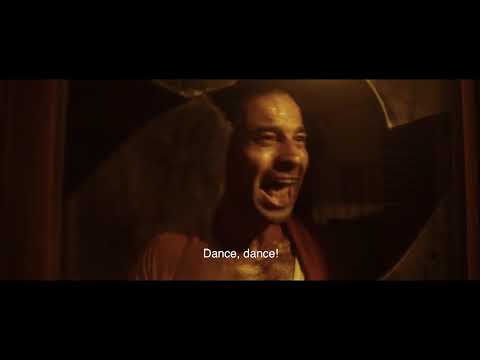 The Cemil Show screened at the 2021 International Film Festival Rotterdam.