At long last, South Korea has a sci-fi blockbuster. After COVID-19 thwarted its theatrical release, Space Sweepers started streaming on Netflix last weekend.  This worldwide digital debut might not have been the film’s original intention, but it feels quite fitting given the film’s naked ambition to rack up views from a mainstream, global audience—cinematic innovation be damned.

Par for course with other recent Netflix offerings, Space Sweepers deploys A-list stars atop a jumble of narrative and aesthetic tropes that seem generated by a Silicon Valley AI trained with a dataset of K-drama, anime, and Western hits. So what does this actually look like, and what might it bode for Korean cinema and beyond?

By actor name recognition alone, Space Sweepers comes in with guns blazing. K-drama pretty boy Song Joong-ki (Descendants of the Sun, Arthdal Chronicles) and breakout actress Kim Tae-ri (Mr. Sunshine, The Handmaiden) headline the film. Given Netflix streamed both Descendants of the Sun and Mr. Sunshine at some point, its acquisitions team probably had data on hand to show that a massive number of people would watch Space Sweepers based on casting alone.

[Read: 7 Space Movies From Around the World]

Most critics will probably see instant parallels with Firefly and Cowboy Bebop, and they’re completely right. However, Space Sweepers’ premise feels even more carbon-copied from Planetes, a lesser known anime that also features a motley crew of space junk collectors against a backdrop of multiculturalism and techno-corporate overlordship.

However, while Planetes dove into hard science fiction and existential philosophy, Space Sweepers stays superficial and continues to greedily gobble tropes without regard for originality. The film’s inciting incident comes when the Victory’s crew stumbles upon a young android girl named “Dorothy” during a salvage mission. They learn she’s a weapon of mass destruction—think River Tam of Firefly, or Battle Angel Alita—and decide to ransom her back to her purported creators at UTS Corporation.

The crew develops an attachment to Dorothy, besotted with her cute crayon drawings and playful antics. Tae-ho sees echoes of his deceased daughter in Dorothy—and starts getting fatherly tingles. As a result, Space Sweepers has strong vibes of Taken, and other “traumatized daddy protects daughter” movies that have populated global cinema since time immemorial.

Also, to nobody’s surprise, UTS Corporation happens to be an omnipotent evil megacorp—think Weyland-Yutani or Tyrell—that recruits child soldiers. It also has a CEO, named James Sullivan (Richard Armitage), who’s megalomaniacal to the point of absurdity. Sullivan has Muskian ambitions to terraform Mars, but only for a Hitleresque subset of “worthy” humans. Despite running a Bezos-like monopolistic space empire to fund such aspirations, he still finds time to groom himself in the manner of a Dorsey-flavored Western yoga bro. There’s even a scene where Sullivan appears as a massive hologram, unintentionally mirroring a scene in HBO’s satire Silicon Valley where a bearded tech billionaire does the same.

The blatant borrowing goes on and on, and even bleeds into aesthetics. Space Sweepers toggles across imitations of Blade Runner, Elysium, and other Hollywood hits with its cinematic look. Plenty of movies take inspiration from previous works but, both in terms of plot and visuals, Space Sweepers does this without trying to form a memorably distinct style of its own—other than Korean-flavored sprinkles of toilet humor and nationalistic shoutouts that have never appeared in any Japanese or American productions.

All this is likely the result of Space Sweepers’ blatant thirst for ticket sales, and the veneer of international sellability. In this regard, the film seems to have followed a formula often tried in China: recruit a famous white actor to star alongside local talent with international recognition, rope in non-Asian extras to “internationalize” the film’s cannon fodder and comic relief, fill the plot with generic tropes, and pray for profits from around the world.

Unfortunately, that formula isn’t effective. It only produces awkward works that might suffice for a drunken Friday night Netflix binge, but won’t win awards or audience adoration. That’s highly regrettable since, unlike China, Korea’s cinematic industry should already know that the best works—think Parasite, or even Crash Landing on You—derive their appeal from telling authentic local stories that just happen to have broad resonance, not tropes that some media executive thinks will resonate across cultures. Let’s hope that, alongside recent profit-thirsty bombs like Train to Busan’s sequel Peninsula, Space Sweepers is the exception rather than a new norm. 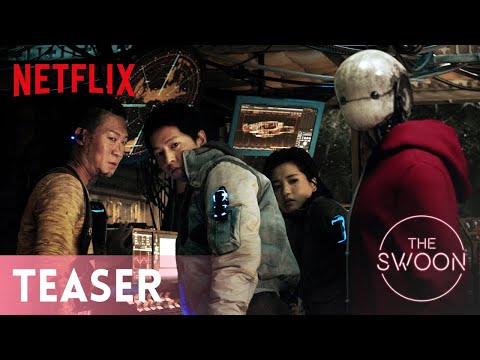