In 2021, Netflix is slated to invest more heavily in original content from Asia. Riding on their success in Korean originals, Netflix announced a number of new Korean dramas and Korean movies to be released this year. Netflix will also release originals from Southeast Asian markets like Thailand.

“We’ve already learned that English language, Korean language, and anime are all important for us,” said Minyoung Kim, Netflix’s Vice President of Content for Korea, Southeast Asia, and Australia/New Zealand. “What we’re doing right now is looking at the creative industry landscape in each market, learning the preferences and interests of the audiences, and figuring out what are the other categories that we have not yet tapped into.”

“What we’re witnessing in markets like Thailand is that it’s very important for us to be investing in local content,” Kim said. “We’ve announced our second Thai original, Bangkok Breaking, and are already talking to creators in the market to find other stories.”

Indonesia is also an important market for Netflix. The archipelago country will boast 125 million internet users by 2025, making it one of the biggest markets in the world.

“Our audience already really loves our service for what we have, but what we think they’ll love more is if we have good Indonesian content that they can resonate more with, and see themselves on screen,” Kim said. “We are looking at building out Indonesian originals, and right now we have a couple of films on our slate.”

With lots to anticipate in 2021, Netflix provided Cinema Escapist a list of the Korean content it expects to bring online this year, along with brief plot synopses. Let’s take a look at the Korean dramas and movies that will be coming to Netflix in 2021!

Set in a future where water and food have almost run out on Earth due to global desertification, The Silent Sea follows the story of the members of a special team that set out to a research base on the Moon. A story with unexpected twists and turns, The Silent Sea is based on a short film by director Choi Hang-yong, which received a major spotlight at the 13th Mise-en-scène Short Film Festival in 2014. Director Choi took the lead again for the series, teaming up with writer Park Eun-kyo, who won Best Screenplay for the film Mother at the 29th Korean Association of Film Critics Awards. The series has garnered much attention as actor Jung Woo-sung joined the project as an executive producer. Actors Bae Doo-na, Gong Yoo, and Lee Joon play members of the team on a life-risking mission to the Moon, often dubbed “the silent sea,” promising to deliver intense suspense to the viewers.

D.P. is a Netflix original series that follows the story of Korean Army private Joon-ho—who suddenly ends up becoming a member of the “Deserter Pursuit” unit that tracks down military deserters and encounters the realities of confused young soldiers. The series is based on a webtoon by Kim Bo-tong that garnered over 10 million views for its realistic portrayal of the brutal violence and human rights violations committed in the military. The series is expected to balance the tension and thrill of chasing down deserters from the perspective of “soldiers catching soldiers” while shedding light on the mental torment and hurts of young people who chose to escape. Actors Jung Hae-in, Koo Kyo-hwan, and Kim Sung-kyun play members of the Deserter Pursuit unit., while Son Seok-koo plays a military official that disapproves of them.

My Name is a Netflix original series that follows the story of Ji-u, who joins the police force as an undercover agent. Embedded in a crime organization, she aims to find the truth about her father’s death. Director Kim Jin-min, whose previous work Extracurricular received much attention for portraying the dark and twisted realities of Korean teenagers, toakes the helm again for this upcoming series—which promises a story of cold revenge and adrenaline-pumping action. Actor Han So-hee, who impressed audiences with her unparalleled presence in The World of the Married, transforms herself as Ji-u, showcasing her limitless range again. Veteran actors, including Park Hee-soon, Kim Sang-ho, Lee Hak-ju, and Jang Yull have been cast for an amazing ensemble performance along with stunning noir action.

Move to Heaven is a Netflix original series about a young man named Geu-ru, who has Asperger’s syndrome, and his guardian Sang-gu. The two decide to start a “trauma cleaning” business that helps tidy up houses of the deceased and pass on their messages in the process. The series is directed by Kim Sung-ho of How to Steal a Dog, and written by Yoon Ji-ryun of Angel Eyes. Lee Je-hoon plays the role of Sang-gu, and rising star Tang Jun-sang plays the role of Geu-ru.

Squid Game is a Netflix original series about people who participate in a mysterious survival game with a 40 million dollar prize at stake. Viewers will find themselves glued to the screen by the tension and suspense from various players desperate enough to participate in this risky game. It’s the first TV series of director Hwang Dong-hyuk, whose previous works Silenced, Miss Granny, and The Fortress have offered insightful and poignant messages about society. Lee Jung-jae plays Ki-hun, who has lost his job and hit the rock bottom, while Park Hae-soo plays Sang-woo, who gets into trouble after embezzling his company’s funds.

Set in a world where a notification on an app called “Love Alarm” becomes the only indicator of love, Love Alarm season 2 is a Netflix original series about a girl who cannot trigger her Love Alarm, and two guys with unabashed love for her. Season 2 picks up from the end of season 1. It will explore the unresolved feelings of first love of protagonists Jojo, Sun-oh, and Hye-yeong—as well as capture various aspects of a society where the number of hearts on Love Alarm becomes so valuable that it affects a person’s social status.

Hellbound depicts supernatural phenomena experienced by people who are condemned to hell after their unexpected encounters with angels of death. This intense series will depict supernatural events that are neither miracles nor a curses, the rise of a new religious group that interprets the events as the will of the divine, and people trying to survive in the chaotic society. Hell, the widely popular original webtoon published on Naver, created a lot of buzz from the beginning as it was co-created by illustrator Choi Gyu-seok of Awl (or Songgot in Korean) and director Yeon Sang-ho, taking charge of the storyline. The Netflix series stars Yoo Ah-in, Park Jeong-min, Kim Hyun-ju, Won Jin-ah, and Yang Ik-june.

All of Us Are Dead

All of Us Are Dead is a story about people who are trapped in a high school where a zombie virus is spreading and those who are trying to save them as extreme situations riddled with surprises unfold. The original webtoon, Now at Our School, topped the chart among Wednesday webtoon series on Naver as soon as it was published in 2009 and became so wildly popular that each weekly episode topped the portal’s trending keyword list. The Netflix series is directed by Lee JQ, whose refreshing, sensational works include TV series Beethoven Virus and Damo: The Legendary Police Woman and a film Intimate Strangers. The series stars many rising stars with solid acting skills and refreshing charm, including Yoon Chan-yeong, Park Ji-hu, Cho Yi-hyun, Lomon, and Yoo In-soo.

Kingdom: Ashin of the North

Kingdom: Ashin of the North is a sequel to the global K-zombie sensation Kingdom and tells the story of “Ashin,” the heiress to a northern Jurchen town, and the secret behind the resurrection plant. Created as a special episode, it is spun off from the story of Kingdom season 2 and depicts what happened in the past to the mysterious character Ashin, who encountered Lee Chang’s group on their northbound mission to uncover the truth behind the resurrection plant. Gianna Jun, whose appearance at the end of season 2 created much buzz, plays Ashin. Actor Park Byung-eun, who made a lasting impression on the viewers as the head of the Royal Commandery Min Chi-rok, makes another appearance in this special episode.

Night in Paradise is a film about a man targeted by a criminal gang and a woman cornered to a dead end in life. Director Park Hoon-jung, whose works such as New World, V.I.P., and The Witch: Part 1 The Subversion have established him as a genre master for their compelling stories and brilliant action scenes, returns with yet another noir film that is quintessentially Korean. Night in Paradise was the only Korean film to be screened out of competition at the 77th Venice International Film Festival, where the film earned critical acclaim early on. Anticipation is high for the film as it promises to deliver an enthralling performance by the cast, including Um Tae-goo, who made his unique presence known in The Age of Shadows and The Great Battle; Jeon Yeo-been, who garnered unanimous praise for her performance in After My Death; and Cha Seoung-won, who transformed himself as unforgettable villain in Believer.

Lee Su-geun: The Sense Coach is a Netflix original stand-up special packed with gratifying ad-lib jokes that Lee Su-geun improvises as he coaches, with his acute sixth sense (or nunchi in Korean), members of the audience who often get pushed around and constantly worry about what others think. Having entertained Korean audiences through a myriad of variety shows including Men on a Mission, Ask Us Anything Fortune Teller, New Journey to the West, and The Fishermen and the City 2, Lee Su-geun is now reaching out to viewers around the world with his first stand-up special since his debut 25 years ago. Created with interactive live communication with the audience at its
heart, Lee Su-geun: The Sense Coach is anticipated to draw viewers in with Lee’s masterful command of live performance and his impromptu jokes that strike a chord with the audience.

So Not Worth It

So Not Worth It is a sitcom about students of diverse nationalities living in the international dormitory of a university in Seoul and portrays their love, friendship, and life adventures. Kwon Ik-joon, who has created some of the most beloved Korean sitcoms, including Korea’s first iconic sitcom series, Three Guys and Three Girls, and Nonstop, is the creator and director of this upcoming project, while Kim Jung-sik, who co-directed High Kick!, Potato Star 2013QR3, and Shut Up and Smash, joined the project as the co-director. It is co-written by Seo Eun-jung of New Nonstop and Baek Ji-hyun of Nonstop season 1, 2, and 3 as well as Ugly Miss Young-ae season 15, 16, and 17. The cast for the international dorm residents in So Not Worth It has been confirmed, including Park Se-wan, Shin Hyun-seung, Choi Young-jae (GOT7), Minnie ((G)I-DLE), and Han Hyun-min.

Paik’s Spirit is a Netflix original series where Paik Jong-won sits down for a drink with top Korean celebrities and professionals in various fields to have a conversation about drinking and life. Netflix partnered with Paik to create its first reality series, where the restaurateur introduces Korean alcoholic beverages, food, and culture. Anticipation runs high as viewers around the world will be able to enjoy Paik’s gift the gab and charming presence. Featuring various alcoholic beverages ranging from soju—which in its characteristic green bottle stands at the center of Korean drinking culture—to beer, Korean traditional liquors, rice wine, and even craft beer, the series promises to bring stories of “the most uniquely Korean” drinks to intrigue the senses of viewers around the globe. 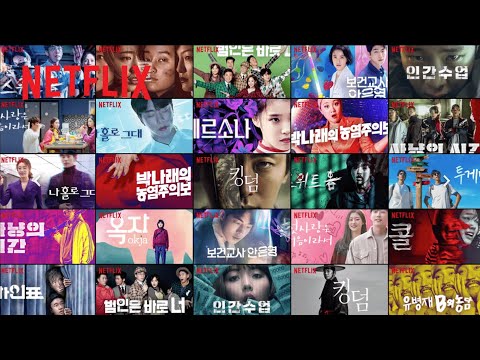