Review: “A Family” Shows the Yakuza Aren’t so Glorious Anymore

Today, Japan’s yakuza organized crime groups are in decline. Membership has plummeted to historic lows, and most remaining yakuza are over 50 years old. While yakuza narratives have historically played a significant role in Japanese entertainment, Japan’s cinematic industry has lagged in depicting these gangsters’ new, downtrodden reality—until now.

Recently released on Netflix, the 2021 Japanese movie A Family (also known as Yakuza and the Family) begins as a stereotypical yakuza blockbuster—with themes of violence, honor, and revenge. However, it eventually morphs into a surprisingly realistic portrayal of how the yakuza have shriveled in the face of new anti-gangster laws passed in the 2010’s. In this sense, A Family brings a breath of fresh air. Unlike most other yakuza films of the past decade, it doesn’t just cater to genre fans—it also helps broader audiences examine the complex realities of contemporary Japanese society, though deficient character development prevents the film from reaching its full potential.

A Family begins in 1999, with a blonde-haired teenager named Kenji Yamamoto (Go Ayano) stumbling into his father’s funeral. We learn that Kenji’s father died of a drug overdose; resolving to never become like his old man, Kenji and two of his friends steal drugs from a street dealer and throw them into the ocean. This catches the attention of a local yakuza syndicate run by the middle-aged Hiroshi Shibasaki (Hiroshi Tachi)—who recruits Kenji and becomes his new father figure.

The film then jumps to 2006. By this time, Kenji has become a trusted acolyte in Shibasaki’s organization, and is trying to initiate a romance with a bar hostess named Yuka. Alas, a classic yakuza territorial dispute breaks out; motivated by a combination of loyalty, honor, and vengeance, Kenji gets embroiled in a violent incident that lands him a 14 year stint in prison.

Fast forward again to the film’s final section. It’s 2019, and Kenji has returned from prison. He tries reconnecting with Shibasaki, Yuka, and his old gang mates—but finds that the world has changed in the wake of anti-yakuza measures that were passed during his incarceration. Amidst this new reality, Kenji must rediscover meaning and belonging for his life.

The first two parts of A Family aren’t particularly remarkable, though dedicated gangster movie fans may still find enough to satisfy themselves. While the cinematography is competent, and even distinctive in a few moments (ex. vertically panning drone shots across bleak industrial cityscapes), the narrative—of young guy joins gang, gang gets into turf wars, turf wars lead to bloodshed—is predictable.

Character relationships within these two initial portions also feel somewhat choppy. Despite saying he’ll be Kenji’s “father figure,” Shibasaki doesn’t demonstrate any meaningful bond with Kenji beyond cursory conversations in the yakuza office or on car rides. Kenji’s romance with Yuka feels even more stilted. Yuka at first rejects Kenji’s awkward advances, but eventually gives in and becomes a figure of comfort for Kenji during a tragic moment. It’s never apparent why she warms up to him though, though the fact that she does proves convenient for A Family’s third act.

This last act is where A Family becomes worth paying attention to.

More significantly, these regulations have solidified public sentiment against the yakuza. Rather than romantic anti-heroes of cinematic lore, the yakuza have become outcasts, ostracized by not only businesses but also family members unwilling to risk guilt by association. Even those who quit the yakuza are still subject to the exclusion ordinances for five years thereafter, making social reintegration difficult. With all these restrictions, it’s no wonder the yakuza aren’t getting any new recruits—and dying out at an even faster pace than Japan’s already super-aged society.

A Family’s third act depicts the effects of these anti-yakuza laws with greater detail than any major Japanese movie thus far.

When Kenji returns from prison in 2019, someone else has to buy a cell phone for him, and his previous status within the yakuza is for nought. Shibasaki’s top lieutenants are now destitute; with better income sources no longer available, they’ve become drug mules and illegal fishermen in order to make ends meet. One of Kenji’s closest friends has left the yakuza, and isn’t faring much better. Because of rampant discrimination against former gangsters, that friend can only find work at a toxic disposal site; he fears that colleagues’ errant social media usage may expose his past, and destroy the fragile new family life he’s been able to build.

This last act also shows how, in the wake of these ordinances, crime has simply morphed into other forms. A Family shows how Tsubasa, a young boy that Kenji doted on back in 2006, grows up to be a digitally savvy hangure (roughly translated as “gray zone misfit”) in 2019. In real life, as the yakuza’s presence shrivels, this new generation of hangure have filled the void. This has led some analysts to question whether the exclusion ordinances are actually making Japan safer.

As the first major, internationally streamable movie to address the yakuza’s waning influence, A Family is a valuable addition to discourse around Japanese organized crime. While 2020 indie film Under the Open Sky also broaches this reality, it is far less accessible and lacks international distribution. Otherwise, Japanese cinema is still stuck with a surfeit of mediocre yakuza franchise sequels that don’t advance anybody’s social consciousness.

Thus, it’s a missed opportunity that A Family doesn’t have better character development. While factual and novel in its portrayal of anti-yakuza ostracism, the film lacks an emotional punch, and falls short of its title’s ostensible promise to discuss the nature of “family.” By fleshing out Kenji’s relationships more, A Family could’ve made audiences better empathize with his reintegration plight, and more deeply examine whether Japan’s approach to yakuza eradication needs reform.

It will be up to other films to advance that conversation—but at least A Family has opened the door. 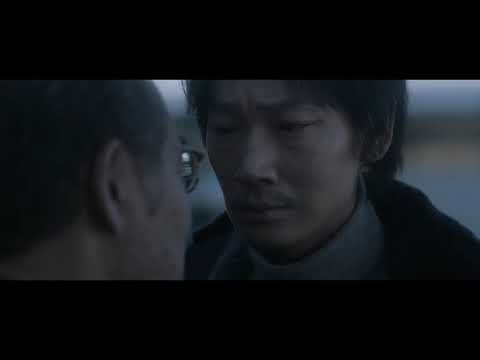 A Family is available for streaming on Netflix worldwide.