Starring Gong Yoo and Bae Doona, “The Silent Sea” feels ambitious but suffers from slow pacing and other narrative shortfalls.

Perhaps in some media executive’s mind, 2021 was supposed to be the year that Korean sci-fi ascended to the figurative heavens of critical success and mass audience adulation. However, as the hotly anticipated Netflix sci-fi K-series The Silent Sea reminds us, shooting for the moon is much easier said than done.

Unfortunately, the show follows in the footsteps of 2021’s other major (but disappointing) Korean sci-fi releases, such as feature films Space Sweepers and Seo Bok  Like those movies, The Silent Sea demonstrates lofty ambitions and deploys a star-studded cast, but ultimately falls short due to clunky storytelling.

The Silent Sea takes place in a near future Earth that’s experiencing massive drought. With oceans receding and freshwater sources running even drier, Earth’s authorities (or at least those in South Korea) ration water according to a tiering system that connotes social status.

Amidst this dystopia, a xenobiologist named Song Jian (played by Bae Doona) gets recruited by South Korea’s government to join a secret mission to retrieve a mysterious sample from a Korean moon base that lost all hands in an accident five years ago. The mission also has a personal dimension—Song’s sister was among those who perished in the accident. However, any attempts Song makes to gain closure for her sister’s death must pass the scrutiny of by-the-book mission commander Captain Han (played by Gong Yoo), who’s joined in order to get a higher water tier that unlocks better medical treatment for his sick daughter.

To no surprise, completing the mission is anything but straightforward. After crash-landing and barely making it to the abandoned moonbase, Song, Han, and the rest of their team gradually discover a dark secret behind the base’s demise, as well as the sample they’re tasked with recovering.

Bae Doona (from The Host, Sense8, etc.) and Gong Yoo (from Train to Busan, Seo Bok, Squid Game, etc.) are two of Korea’s most internationally bankable actors, and Netflix was almost certainly banking on their star power to draw viewers for The Silent Sea. This echoes how Netflix likely acquired Space Sweepers due to the presence of top actors Song Joong-ki and Kim Tae-ri, and how Seo Bok gained international buzz thanks to Gong Yoo’s headline role.

Besides buying stars, Netflix’s deep pockets also give The Silent Sea some pretty mouth-watering production design. We’re treated to spaceship rides, weeping shots of moonscapes, the slick interior of the massive moonbase, and more. Compared to even the most high profile Korean dramas, The Silent Sea (literally) slips the surly bonds of Earth to touch the face of a whole new level of worldbuilding ambition.

Unfortunately, top stars and sweeping scenery cannot make up for lackluster storytelling. LIke most of Netflix’s other fully in-house K-dramas (i.e. Squid Game, Extracurricular, D.P., Move to Heaven, etc.), The Silent Sea eschews the 16+ episode runs of traditional K-dramas for a relatively modest eight episodes. However, the show still retains the slow pace of a traditional K-drama. It takes multiple episodes to fully reveal what Song and Han are even tasked to achieve during the mission, and altogether its story would probably fit much better if rationalized to meet the healthy constraints of a two-hour feature film.

This is in part because much of The Silent Sea’s runtime gets burned away on rather extraneous subplots. For instance, the show reveals the presence of not just one, but two, separate moles working for some mysterious international conglomerate called RX. It’s already exasperating enough that the series deploys the same “hidden mole” subplot twice; it’s even more agonizing that, in all that time, we never learn more about why RX is so villainous beyond a couple lines of cursory description. Such inefficient subplots also have an opportunity cost—they suck away valuable narrative oxygen that would otherwise help develop the show’s leads, and give more momentum to the story.

Furthermore, The Silent Sea misses many opportunities for effective social critique. For one, the show could’ve used plot elements like the tiered water distribution system to greater effect. Unfortunately, it mostly “tells not shows” the impacts of those tiers, and never pits characters from different tiers against each other, for example. This makes the Silent Sea stand in sharp contrast with Squid Game, which was a masterpiece of creating character collisions that highlight social divisions.

There’s another way The Silent Sea differs from hits like Squid Game and Parasite—it doesn’t do much to embrace or leverage the specificities of a Korean context. The show probably could’ve done this by better fleshing out the RX “evil corporation” and highlighting its Korean leads as “shrimps among whales” amidst American, Russian, Chinese, and Japanese space competitors. Such a move would’ve made the show feel more novel, and heightened its stakes.

Alas, Korea’s sci-fi moment did not arrive in 2021. The Silent Sea certainly didn’t lack ambition, but it fell short in execution. We can only hope that learnings from successes like Squid Game can make their way across genres to improve future Korean sci-fi productions. 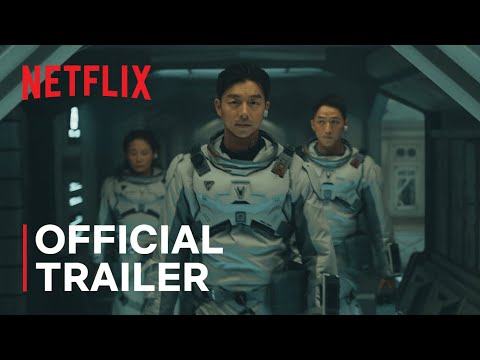 The Silent Sea is currently streaming on Netflix worldwide.