Kinky Sex in the Time of COVID

There’s no hero’s journey or traditional narrative from here on out though. Instead, Bad Luck Banging proceeds with three distinct parts. The first shows a facemasked Emi roaming around Bucharest, chatting on the phone with her husband about the leak, and then encountering various quotidian moments of outrage through interactions like arguing with a driver blocking the sidewalk, or trying to buy a Xanax only to be denied.

Then, the film completely switches gears, filling its second section with archival and stock footage showing an eclectic variety of historical events and social phenomena—Romanian dictator Nicolae Ceaușescu, blow jobs, Romanian folk dances modified for COVID, and so forth.

Finally, Bad Luck Banging’s final third depicts an outdoor (thanks to COVID social distancing rules) “trial” where parents from Emi’s school decide whether she should stay as a teacher given the sex tape leak. Without giving too much away, the trial goes in a…diverse…set of directions.

It’s hard to imagine Bad Luck Banging getting “mainstream” traction, given its unadulterated depictions of sex and unconventional structure. However, that drives home the film’s purpose in examining the arbitrary yet very real boundaries between what’s considered taboo versus not, and therefore what generates outrage versus not. Is it fair that plenty of people will watch doggy-style sex on PornHub, yet will probably get on a moral high horse and object if it gets shown in the neighborhood theater in the introduction to a film like Bad Luck Banging? Probably not, but that’s the way the world works—and you could say it’s all rather loony.

Off kilter as it may be, Bad Luck Banging is one of the “realest” movies to come out in the last two years. Think of it this way: since the COVID-19 pandemic started, how many narrative fiction movies have you seen that actually depict everyday life during the pandemic? I’d assume quite few. Rather than face the absurdities of reality head on, it seems that people would much rather have escapism and the easy black-and-white happy endings of superhero movies.

There’s a tendency in creative domains to see art as akin to a precious little infant meant to be coddled and quarantined away from the real world. It manifests as skittish PR agents crying “just ask about the art please!” when scheduling interviews with filmmakers, and filmmakers patting each other on the back on red carpets for making some beautiful but bland “art for art’s sake.” It’s the reason why so many art house movies are so damn boring and forgettable, and why a movie like Bad Luck Banging or Loony Porn—which practically says “to hell with art for art’s sake”—is worth taking note of. 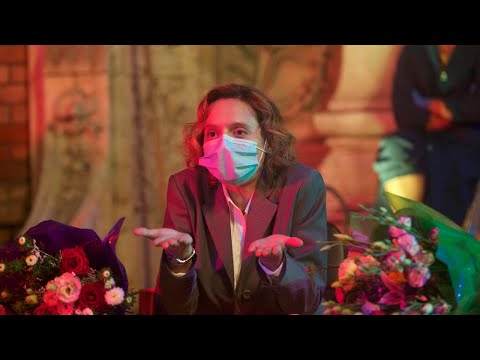