2022’s top Taiwanese romance blockbuster "My Best Friend’s Breakfast" will probably appeal to genre fans, but fails to innovate enough beyond established tropes for anyone else to enjoy.

My Best Friend’s Breakfast, based on a purportedly true story originally posted on online forum DCard, probably aims to appeal to romance genre fans around the same age as its protagonists. One can compare it to other supposedly true romance narratives originally posted online that were later adapted into hit films and comics, such as the Japanese Densha Otoko franchise. Japanese influences are clear; at one point, My Best Friend’s Breakfast visually references a key scene from Makoto Shinkai’s Five Centimeters Per Second.

The film focuses on Wei-xin, the eccentric best friend of the popular and attractive Qi-ran. Wei-xin pushes Qi-ran into a relationship with swimmer You-quan, after You-quan lends Qi-ran money for lunch one day. The movie title comes from how You-quan subsequently sends Qi-ran breakfast each morning, though Qi-ran usually asks Wei-xin to eat it in her stead. At the same time, guitarist Yuan-shou takes an interest in Wei-xin, convincing her to perform in an upcoming school concert.

The movie’s drama comes from the shifting relationships between Wei-xin and her friends, as characters become interested in each other, or swap partners. Its most interesting and original plot element, however, is Wei-xin’s overactive imagination. Wei-xin pictures her future self—which manifests as a separate character played by Patty Lee—as she grapples with whether she should continue finding solace in food, pursue other interests like music, and so forth. Every time Wei-xin makes a different decision (including romantic ones), her imaginary future self changes appearances.

Unfortunately, the movie doesn’t lean into this unique element enough. This is a pity, as Wei-xin is the most relatable protagonist for most viewers. She is not a popular campus beauty like Qi-ran, but instead struggles with insecurities about her self-worth. This contrasts with how most of the film’s other characters prove to be cut-outs, along the lines of high school stereotypes about popular female or male students.

Perhaps this lack of sufficiently distinctive characters is endemic across Taiwanese romance movies though, including other hits like Our Times or You are the Apple of My Eye. It’s regrettable that My Best Friend’s Breakfast continues this trend, considering how most of its cast—especially Detention and Victim’s Game actress Moon Lee in her role as Wei-xin—offer competent performances, only to be dragged down by weak character writing.

Pacing is another area where My Best Friend’s Breakfast falls short. Increasing or decreasing dramatic tension when needed would draw viewers more into the movie’s narrative, and provide some much-needed character development. Somehow this does not happen, and the plot continues at a steady, humdrum pace. The film’s pacing issues are particularly visible in the conclusion. Its last twenty minutes could have been compressed into a more memorable and engaging series of plot twists, which would have tightened the rest of its narrative.

Given these flaws, it’s probably best to judge My Best Friend’s Breakfast as a movie primarily targeted at those who enjoyed the original DCard story. The movie does contain the raw materials of a more memorable, broadly appealing romance. Alas, it does not exploit those materials to their full potential, with its weak script and pacing issues. Perhaps the filmmakers don’t need to care though, considering the movie still performed decently at Taiwan’s box office. 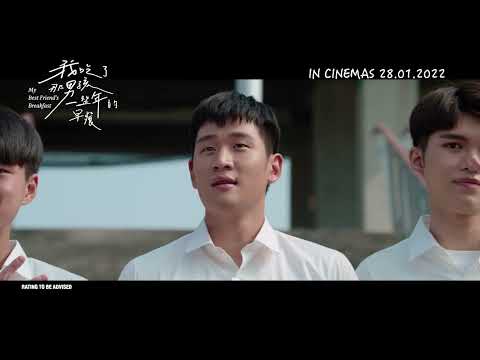