Disfigured corpses, an investigator with Asperger’s, and an intrepid reporter—welcome to the world of The Victims’ Game (誰是被害者), Netflix’s latest Taiwanese series. Over the past year, Netflix has invested heavily in fully original Chinese-language productions. First came the confusing triad drama Nowhere Man, next the charming but brainless Triad Princess, and then the visually appealing but emotionally uninspiring Ghost Bride. The Victims’ Game improves upon these predecessors, but not by much. Though it has a thrilling and suspenseful plot, the show mostly plays it safe by trafficking in crime genre tropes and avoiding the social consciousness present in other recent Taiwanese shows.

The Victims’ Game begins with an introduction to Fang Yi-jen (played by Joseph Chang, who also stars in Nowhere Man). Fang is a police forensic investigator with Asperger’s syndrome. While highly competent, he constantly irks his colleagues by doggedly pursuing the truth, oblivious to political considerations.

One day, the police discover a body dissolved in acidic piranha solution. While analyzing evidence from the scene, Fang discovers a fingerprint from his estranged teenage daughter. The discovery turns Fang’s world upside down, as he struggles to uncover what relation his daughter has with the grisly murder.

Meanwhile, tenacious reporter Hsu Hai-yin (played by Taiwanese drama stalwart Tiffany Ann Hsu) is also trying to uncover more details behind the dissolved body. Her investigations lead her to Fang, and the two strike up an unlikely partnership as a second death involving another highly disfigured corpse occurs. Hsu and Fang find themselves unraveling a dark chain of death and grievance as they pursue the truth.

If you’re a fan of dark crime dramas who doesn’t mind repeatedly encountering the genre’s tropes, then you’ll enjoy The Victims’ Game. The show is quite binge-able, with each episode building a high degree of suspense that compels you to watch the next. It’s very easy to follow the plot, which proceeds at a pace that’s rapid enough to keep viewers excited, but not rushed. Much of the show occurs at night which, coupled with unrestrained depictions of gory corpses, creates an alluringly brooding ambience.

All this makes The Victims’ Game feel quite like notable crime dramas like the BBC’s Luther and Swedish-Danish show The Bridge, both of which premiered almost a decade ago. This isn’t necessarily a good thing if you’re seeking novelty. Both Luther and The Bridge contain a female-male “odd couple seeking the truth” pairing, and The Bridge popularized the “Aspergic detective” character archetype with Saga Norén. If The Victims’ Game had come out 20 years ago, it would’ve been groundbreaking. Today though, it feels rather derivative. The Bridge has already spawned five separate international remakes all featuring the “Aspergic detective” and “odd couple seeking the truth” tropes.

It feels like Netflix probably gathered some data from Chinese-speaking markets indicating audiences there would enjoy those tropes, and decided to commission The Victims’ Game as a result. Such is the reality of excessively data-driven decision making—great for “safe” audience growth and reinforcing existing biases, but horrible for pushing the envelope and making something truly amazing.

Made in Taiwan, But Not Really

Investigator Fang works for a police force in the fictional city of Pinglin, but we barely hear any mention of what country Pinglin is in. His police force’s seal looks somewhat like the seal of Taiwan’s National Police Agency—but lacks the blue sky and with a white sun emblem. The police station doesn’t have any national flags, and there are no discussions of criminal codes or judicial procedures that you might expect in a crime drama from any other country.

This feels reminiscent of the popular 2009 Taiwanese police drama Black & White, which turns the Taiwanese city of Kaohsiung into a fictional, de-nation-fied locale called “Harbor City.” Like Black & White, it seems like The Victims’ Game wanted to avoid upsetting Chinese authorities, who despise even tiny implications that Taiwan is a country. Though Netflix has no real subscriber base in China, perhaps it’s keen to relicense content through partnerships there.

Amusingly though, censoring Taiwan’s sovereignty from The Victims’ Game happened in a chabuduo manner, perhaps under the direction of some Netflix apparatchik from California who doesn’t know much about Taiwan. If you look closely, there’s a scene in episode one where Fang Yi-jen clicks on an article from the independence-leaning Liberty Times, and episode two features a brief shot of a character’s Taiwanese national ID card (complete with a national flag, a big no-no for China). Don’t be surprised if those shots magically disappear in any version of the show Netflix sells to a Chinese distributor.

All this self-censorship is a pity, because it hobbles The Victims’ Game’s potential to push the envelope on social commentary or authentically depict Taiwan’s vibrant surroundings. Though the show mentions issues like labor exploitation and transgender rights, they feel hollow—it is quite hard to talk about societal challenges when you can’t acknowledge what society those challenges exist within.

This stands in contrast to other, more interesting and critically acclaimed Taiwanese series like The World Between Us,  Teenage Psychic, or even the externally produced but Netflix-acquired On Children. Unlike The Victims’ Game, those shows actively acknowledge Taiwan exists, and as a consequence offer rich insight on issues like the death penalty, traditional Taiwanese superstition, and brain drain.

The Victims’ Game further confirms a hypothesis we’ve advanced in relation to Netflix’s other Chinese-language offerings: that the streaming giant is after Asian eyeballs, not awards. Unlike their counterparts for the US, Netflix’s Asia-focused executives feel less of a need to retain existing subscribers with Oscar wins. Instead, they’re more focused on making the money printer of new Asian subscribers go “brrrr.” With its exciting but trope-ridden and societally unmoored plot, The Victims’ Game seems to be doing just that. 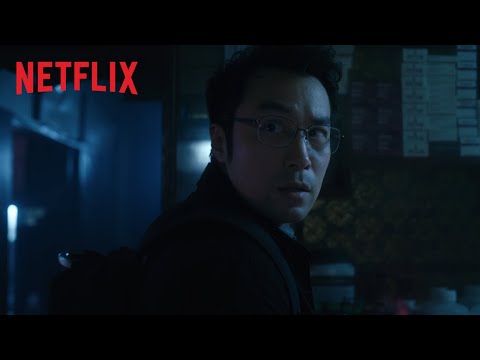 The Victims’ Game is currently streaming on Netflix worldwide. This review was based on the show’s first two episodes.